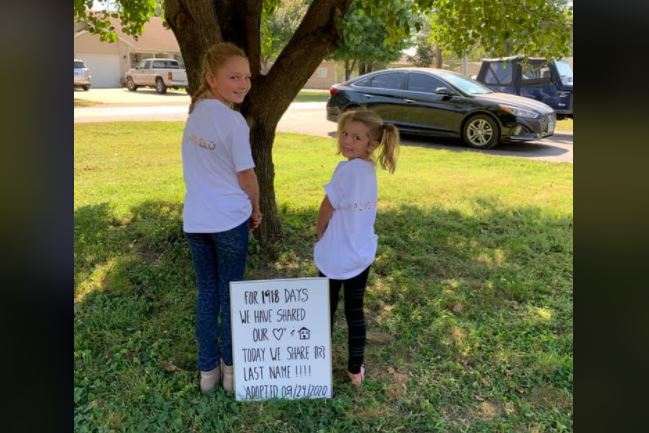 Since she was a child, Kim Lacefield knew one day she wanted to adopt. After she got married and had three biological children, the hope of adopting came back into her heart and mind. She wasn’t sure how it would happen, but she prayed that it would.

“The thought of kids not being loved caused sleepless nights even as a child,” she told Emily Richey in an essay for Love What Matters.

Park with these littles

One day, she received a call from the Department of Child and Family Services about three brothers. She and her husband welcomed the boys into their home, who only had the clothes on their backs. Two of the boys soon went to live with their biological father and after a while, the third boy went home with his. It was hard to let go, but it wasn’t long before DCFS called about a five-year-old girl who needed a safe home. She came with a trash bag of clothing, lice, and pinworms. She had been in at least five foster homes within six weeks. Two weeks after taking her in, Lacefield was asked to take care of the girl’s two-year-old sister as well. She had been living with a relative and had a broken arm and sores on her skin.

“She [the toddler] came to me during the day while her sister was at school,” said Lakefield. “She seemed so scared but after a while, she looked up at my wall of pictures and said, ‘Addy.’ That was her sister she recognized. I will never forget that moment. It has made me passionate about keeping sibling groups together.”

Addy began to flourish with the care and love she was given from Lacefield and her husband. She was in first grade but couldn’t trace the letter L. Sometimes she had accidents at school but refused to change her pants. Thanks to the presence of a stable home life, by the end of the school year, Addy had learned to read, and teachers called her the “miracle child.”

The next year, the girls’ birth mother relinquished her parental rights. Their biological father was serving 13 years in prison but fought to keep his parental rights despite this. For three years, Lacefield worked to adopt the girls.

“I am for the birth family but you can’t parent from behind bars,” she explained. “The kids deserve better.” Finally, the couple was cleared to adopt the girls, and it was made official on the younger sister’s seventh birthday. They had been a family for five years and now it would be forever.

Knowing that it is important for children to know their birth family on some level, Lacefield keeps in touch with the girls’ biological mother, who has been in and out of rehab. “She truly loves her children and we all love her,” said Lacefield. “She comes for visits during seasons of her life where she is doing well. I think it’s best for kids, when possible, to stay in touch with birth parents. I know some may disagree. I talk to a lot of adults who have had messed up childhoods and knowing their bio family wanted them goes a long way. I know that isn’t always the case, but it is for my girls.”

On September 29, 2020, after 1,918 days of being a foster family, the girls were officially Lacefields. The couple now has seven children in all. Adoption through foster care can be emotionally difficult, as children come into their new or temporary homes with a lot of trauma from their past. But there are also rewarding moments along the way that remind Lacefield of why she decided to adopt through foster care in the first place. Those moments, she said, make it all worth it.