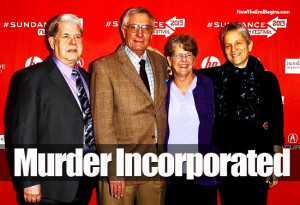 But risky to whom?

These abortionists, “on the front lines of the abortion wars,” are not concerned about the risk that their profession poses to women or to unborn children, but to their careers.

“It’s very clear to me that the work I do puts me at risk on many levels.  I’m willing to take these risks, but it’s ridiculous they exist in the first place,” said abortionist Dr. David Eisenberg.

The article claims that abortionists face a new kind of “harassment,” pointing specifically to pro-life legislation that is designed to ensure that health and safety standards are being met in abortion clinics. The article also points to restrictions on late-term abortion as being harmful to an abortionist’s work, even though a majority of Americans support limitations on late-term abortions.

Objections are made to legislation that requires abortionists to show mothers their child’s beating heart. Abortionists are also afraid of any “surprise inspections” by the state that might occur because of higher clinic standards.

Abortion opponents have been working to make it too difficult for doctors to provide abortion care by enacting dozens of complicated state-level restrictions that dictate how these services may be performed… Ultimately, they’re hoping to trigger the state’s agencies to step in and conduct surprise inspections. It’s expensive and time-consuming for clinic staff to continue refuting these false claims.

The article conveniently fails to link to evidence of its claims or to evidence that the “false claims” referred to were in fact false. It also conveniently ignores abortion clinics that cover up alleged child sex-trafficking, that reportedly facilitate race- and sex-based abortions, and that have been accused of engaging in practices that are abusive and dangerous for women.

The Think Progress writers ignore state restrictions on the free speech of crisis pregnancy centers – places that have a mission of providing compassionate care to women and children. State laws that prevent Americans from peacefully talking to women on public sidewalks outside abortion clinics are equally ignored. 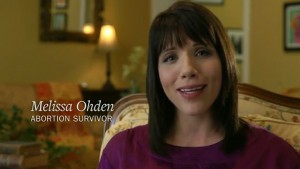 When women feel alone in their pregnancy, pro-life individuals – through organizations such as crisis pregnancy centers and through peaceful pro-live advocates who offer help outside abortion clinics – are there to show women that there is help, and that abortion is not the only option. They are there to help them turn away from the attack on women and children that abortion is.

Women who have suffered the pain of abortion deserve healing, not shame. And pregnant women deserve to hear about the option of adoption. Abortion survivors like Melissa Ohden, who speaks of the love of her adoptive parents, are among the most powerful voices for adoption.

Most importantly, potential victims of abortion – mothers, fathers, and unborn babies – need pro-life America to stand for them. They need laws in place that protect them and hold abortion clinics accountable for their lack of transparency and dangerous practices that harm countless individuals.