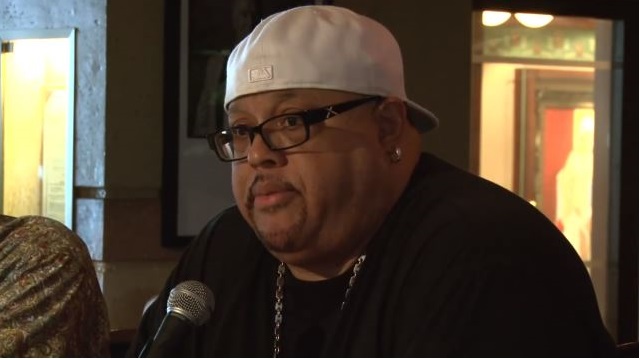 In 2011, Grammy award-winning Gospel singer Fred Hammond shared his story as an abortion survivor on the Donnie McClurkin radio show. On her deathbed, Hammond’s mother revealed to him the truth of how she had attempted to have him aborted, not once, but twice.

Hammond was 47 years old when his mother finally told him the story and it has affected Hammond greatly.

“Here’s why I don’t have time to ‘play church’,” he said. “At the end of the day, when I was supposed to be discarded, and the tools came in to kill me, to crush my head or whatever you’re supposed to do, the Lord took His hand, pushed in there, and pushed me back out of the way. And they thought they got me. But at the end of the day, God had a plan for a broken situation.”

Hammond, who has sold over eight million albums, recalled how his mother told him through tears and with regret, that she had gone to the abortion facility to have an abortion.

“She said, ‘Fred, Fred was aborted.’ […] She said, ‘I went to the clinic and it was illegal to do it in the 50s and 60s, and I had you aborted. And I was supposed to go home and have a miscarriage and bring you back in a bag.’ […] She said, ‘I had it done, there was blood. I got up, I went home. Two days nothing, three days nothing.’ She decided to go back and said, ‘I don’t think it worked.’ And as she said, ‘I don’t think it worked’ they looked and said, ‘No, it’s still there, we’ll get it this time.’ And she says as she laid there, and they got the tools, she says she felt like God was going to kill her. She got up and ran out, putting her clothes on.”

READ: Meet four abortion survivors whose names you may not know

Hammond says that God saved him that day, and continues to save him when life gets rough. He says he will continue to do what God has chosen him to do and will do it to the best of his ability.

“This is not just another artist who has another gift,” said McClurkin. “This is literally someone whom God has safeguarded from his inception. A lot of things that people think are a mistake wind out to be used by God in great ways.”

The video of Hammond’s testimony as an abortion survivor has been viewed over 250,000 times and proves that all lives are a gift even when the pregnancy is unplanned.