In a book of stories from post-abortive women and men, Amanda M. wrote about being deceived by a worker at the facility where she had her abortion. Left in the waiting room for a long period of time, Amanda says that an abortion worker finally came to get her for an ultrasound. According to Amanda, “She said they had to check the size of ‘it’.” She says:

I got undressed and put on the gown. I lay down on the table and she put the cold goo on my stomach. The room was cold and gray, it made me feel uneasy and like I didn’t want to be in there. She was writing stuff down and I thought I’d ask to see the baby, just so I could know what he or she looked like.

But the abortion worker refused to let Amanda see the screen:

She said to me, “There isn’t anything to see. It’s the size of a grain of rice.” That was it. No looking at the screen, no apologizing for not being able to see. She was very cold and bitchy. I didn’t know any better, so for all I knew she was right and there was nothing to see yet. So, I let it go.

But later, Amanda would find out the truth. “Now though, I know that I was almost nine weeks,” she says. “There was plenty to see. A heartbeat, fingers and toes were forming. It really breaks my heart to think about it now.”

READ: Undeniably human: ‘The First 10 Weeks of Life’ in the womb 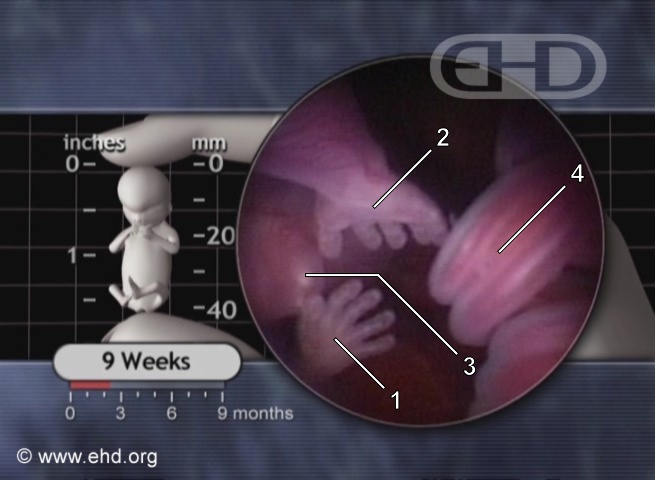 From the Endowment for Human Development

Shortly after the abortion, Amanda searched the internet for fetal development at nine weeks. “I went upstairs and hopped on my computer. I googled ‘nine-week baby.’ What popped up under images crushed me,” she says. “I immediately started bawling; that was not just the size of a grain of rice, like I had been told.”

She then learned more about the abortion procedure. “I kept searching different websites, and finally really looked up the word “abortion” and I was sick. I had just killed a child. MY child! What the hell was I thinking? How come I hadn’t done any research before?”

Amanda is now angry that the nurse wouldn’t let her see the picture on the ultrasound screen. In her testimony, she asks, “Why wouldn’t that nurse let me see my baby?” Answering her own question, she says, “Had I seen [the baby] I really do believe I would’ve left the clinic immediately.”

An abortion facility makes no money if women don’t go through with their abortions. Each woman who changes her mind and leaves the facility is money walking out the door. And abortion facilities, like other consumer-driven businesses, are concerned with making a profit.

Therefore, an abortion facility has a vested interest in not letting a woman discover any facts or information that might change her mind. In Amanda’s case, the abortion worker lied to her and hid the truth from her. Sadly, Amanda now has to live with the knowledge of what abortion did to her baby.