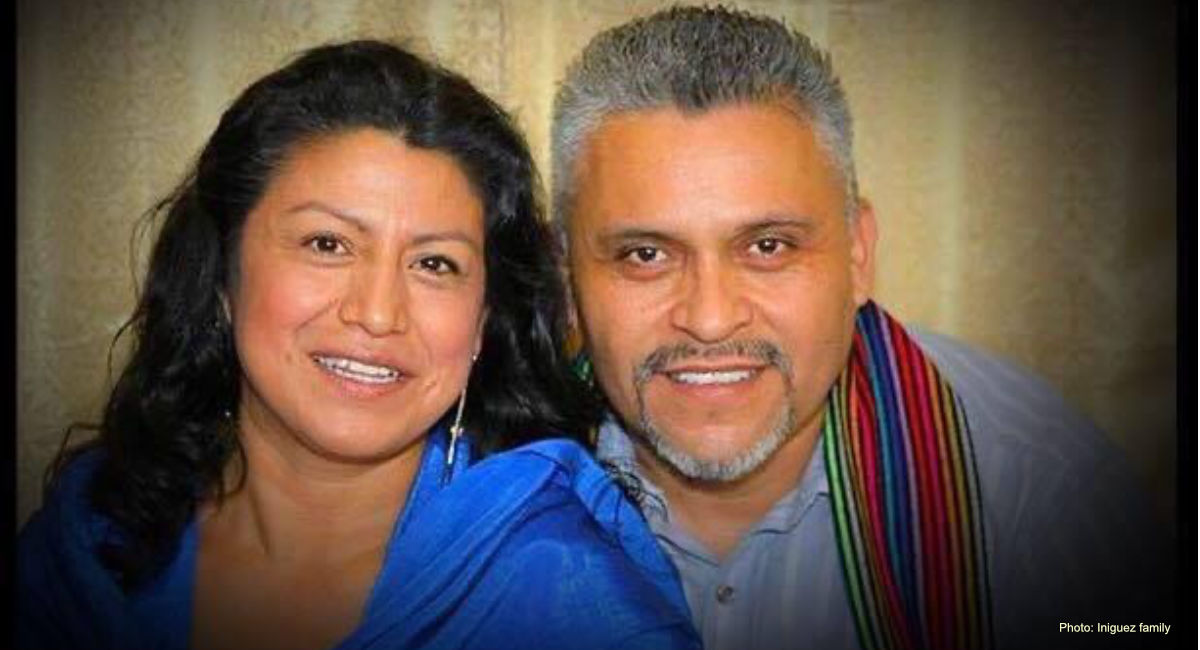 Growing up, Ernesto and Dalia Iniguez of California each experienced hardship, poverty, and dysfunction in their families of origin from an early age. While they met at school when he was 16 and she was 14, wounds from their pasts would eventually strain their relationship and future marriage and family life. Ernesto and Dalia chose abortion for their children twice and experienced devastating pain as a result. They shared their story with Live Action News in hopes of sparing other women and couples that same pain.

“I come from a dysfunctional family — an alcoholic father, and a very strict and abusive mother,” Dalia said. “At the age of seven I was sexually molested. This marked my life — it’s something that I always remember.” While Dalia grew up in Guatemala, her parents immigrated to the United States when she was 13 and she met Ernesto at school just a year later.

Ernesto recalled, “The first time we met, we just fell in love. My family never talked to me about sex or about responsibility. As a human, I just acted like I saw my family acting.” Mistreated by his three older brothers throughout his childhood, by the time he met Dalia he said he was “was hungry for love, hungry for affection.” But the example he had seen was not a healthy one. “I saw from my family ‘macho Mexicano,’ [the expectation that] the man is the head of the house and the lady has to listen to what he says.”

When Dalia was 16, she became pregnant for the first time, and by age 19, she and Ernesto — who were then married —had three children. They were experiencing significant financial hardship, with Ernesto working 60-hour work weeks to make ends meet. Around that time, Ernesto began using drugs. “We had a lot of problems [in our marriage], a lot of issues… that was my excuse why I needed to keep doing the drugs — because when I was high I didn’t care,” he told Live Action News.

At age 27, Dalia, who had started a job in order to gain financial independence in the relationship, learned she was pregnant a fourth time. Sadly, she said, “I knew right away that I wasn’t going to have the baby. A baby was the least thing I wanted.” When she told Ernesto of her pregnancy and her plan, she said “he didn’t care. He said it was my decision, to do whatever I wanted to do.”

“My family never talked about abortion,” Ernesto noted. “[When Dalia told me about her plan] I said ‘ok, do whatever you want to do.'” Ernesto did share the news with his mother, who believed that the couple was making the best decision because she felt they fought “all the time.”

Dalia had a surgical abortion at a California Planned Parenthood when she was 12 weeks pregnant. “I don’t remember anything about the abortion; I just remember waking up from anesthesia,” she said. “I kept my life like nothing had happened. I went back to work the next day. When I got pregnant several years later, I felt happy, like God was giving me another chance. [But] my husband was on drugs, and one night we got in a big fight and he told me ‘you already had one abortion. Why don’t you have another one?'”

The second abortion proved particularly traumatic for Dalia. She went again to a Planned Parenthood, in the early 2000s when, as she put it, “they were starting to use the pill for abortions. I took one pill in the clinic and another 12 hours later at home.”

Emotionally, Dalia told Live Action News, “I had an abortion in my bathroom. I saw my baby. I saw the legs and everything.  I told God I would never do that again.” While she said she “never told anybody” that she saw her baby, “the image of my baby was in my mind every day.” Dalia was unable to process her grief and regret with anyone, because, she said, “everyone around me said that abortion was not a big deal.” 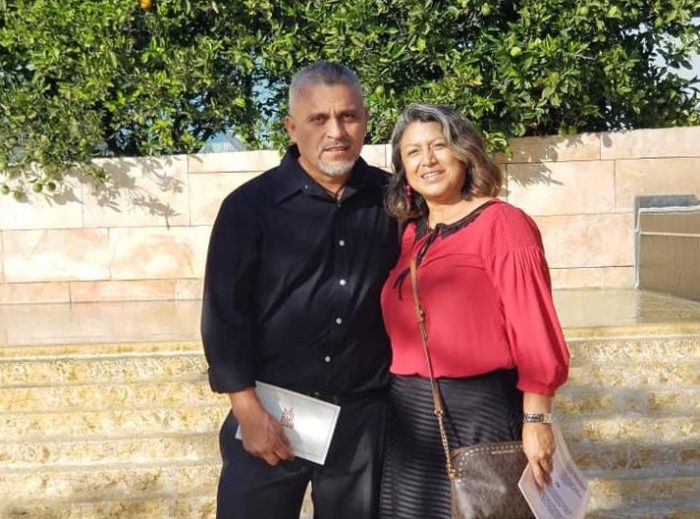 While Ernesto experienced little emotion after the first abortion, but struggled emotionally after the second abortion. The day after their argument, he came home from a 12-hour shift to learn that Dalia had already taken the abortion pills. Immediately, he said, “I felt so guilty. I asked myself ‘why did you let this happen again? You’re not a real man to support your family. After that, I just got into drugs more and more. I just didn’t even care… because there was so much pain.”

When she became pregnant a sixth time four years later, Dalia determined to choose life for her daughter. Despite a difficult pregnancy in which “everything that could go wrong did,” Dalia gave birth to a healthy little girl at 35 weeks gestation. Not long after the birth of their daughter, Ernesto, who had tried many times to stop using drugs, quit for good, which he credits to the miraculous intervention of Our Lady of Guadalupe (the Virgin Mary) in a dream.

Dalia said after that, “We started going to church, we got our civil marriage recognized in the Catholic Church, but something in me could not heal.” Then she heard about a Rachel’s Vineyard abortion healing retreat on Catholic radio. Two years went by before she was ready to attend, but the retreat weekend was transformative for the couple. Dalia rejoiced to have “found God’s love, His mercy, and forgiveness,” adding, “That’s when my healing began, because my healing is continuing.” During their first Rachel’s Vineyard retreat, the couple named their aborted children Maria and Angel. “We’re sharing our story for them, to remember them,” Dalia said.

READ: ‘A God that does not waste anything’: Toni’s story of post-abortion healing

Reflecting on her decisions to abort two children, Dalia said “I believe that if I had had people around me to help me find the help I needed, things would have been different, but nobody gave me the right guidance [to choose life for my child].” Though finances were a big concern at those times, Dalia recognized that they had made things work when her youngest daughter came along and that they “could have done it” the other times.

Since their healing began, the couple has started a pro-life group and has brought Rachel’s Vineyard retreats to their parish. They are also active in local 40 Days for Life campaigns. “We’re happy to let other people know that there’s help. Abortion is too painful. I think that I will be healing until the day I go to meet Jesus. It’s painful every single day, even though I know that Jesus loves me,” Dalia said. “I’ve learned that it’s okay to cry, because I couldn’t talk to anyone about the abortions.”

Ernesto offered advice for other men feeling ambivalent about their partner’s unplanned pregnancy. “I would tell that guy not to do that. I would explain to him what’s going on. We think [a baby] would be bad for our life, an obstacle. But a kid is a blessing from God. We need to find a solution [to the difficult life circumstances], but abortion is not the solution.”