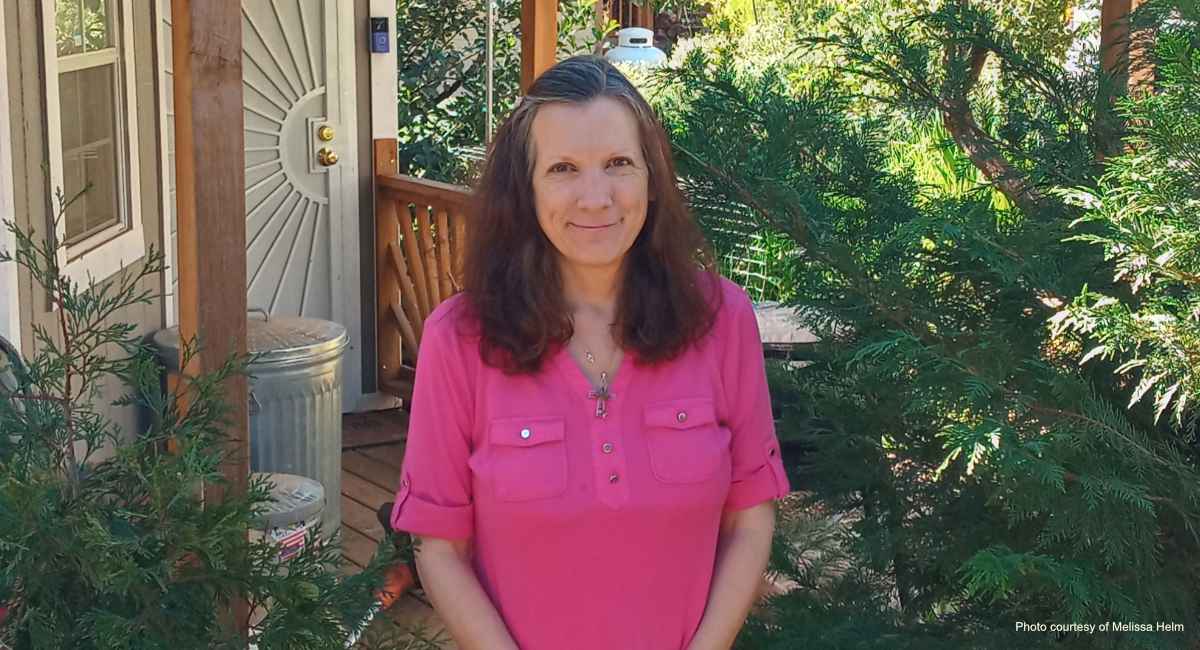 A divorced 24-year-old single mother of a toddler living in the high-priced San Francisco Bay Area, Melissa Helm’s days were filled with working two jobs. Yet she was still struggling to meet her financial obligations, barely able to keep up. She was a heartbeat away from homelessness. Sad and lonely, she longed for companionship — for someone who would support her. She began an affair with a much older co-worker. Although the romance was short-lived, she became pregnant. Her ex-partner was not pleased, and told her to have an abortion.

“He was divorced and already had children and did not support me having this baby,” Helms told Live Action News. “I guess I was looking for a father figure in him and thought he would care for me. But my judgment was clouded by my loneliness and unhappiness.”

Immobilized by despair, Helms spent three days in her bedroom, crying as she prayed for God’s guidance. Drawing on the pro-life convictions handed down by her parents, she would not consider ending her pregnancy — yet she had no idea what to do. She had no support on which to rely.

“I knew the baby’s father would not help me,” she said. “His ex-wife had an abortion, so to him it was not a big deal. I just couldn’t live with the guilt knowing I ended a life, and felt there had to be a better way forward.”

Adding to her heartbreak, a close family member also advised her to abort, weaponizing words of condemnation and shame to weaken her resolve, proclaiming that ending her pregnancy was the only option. Yet she refused to budge.

A path away from abortion

One day, Helms decided to look in the phone book and found “Abortion Alternative” and “Birthright” listed and considered contacting these organizations. Then, she remembered a sign outside a Catholic church she once attended that offered help for pregnant women. She decided to drive by the church and write down the phone number displayed on the sign. Instead, she parked her car, hoping to go inside, but the doors were locked. She noticed a small chapel was open, and inside, a group of people was praying.

“I entered the chapel and sat down, but felt uncomfortable,” she said. “When they started saying the rosary for the unborn, I was astonished. I felt God had directed me here. I spoke to an older woman and told her my story. She was so compassionate and took me to the [Birthright of Livermore] pregnancy center. The counselors there were wonderful.”

Still, Helms was concerned about how she’d care for her child. A counselor suggested that she might wish to consider adoption. The year was 1998, when open adoptions were becoming commonplace. Her baby could have a loving, stable home with two parents, and Helms would have contact with her child. As she perused a folder of prospective adoptive couples and read their letters, she was struck by a particular one.

“While most of the letters were rather generic, addressed to ‘the birthmother,’ this one started with a declaration – ‘Meet the McGees,’ so I did,” she said, and felt an immediate connection. She knew she would choose them to parent her baby. “They had been waiting for 20 years to adopt. I could see God’s hand in all of this. He brought us together for a purpose.”

Whenever they could, the couple went with Helms to her doctor’s appointments. When they gathered for her first ultrasound at five months, it was the adoptive mom who first noticed something the doctor didn’t.

“She saw two sets of arms moving around,” Helms said. “There wasn’t just one baby, but two. We were astounded to learn I was having twins.”

But that didn’t deter the McGees, who were happy to adopt both babies: fraternal twins, a boy and a girl. The babies were large at 8 pounds, 12 ounces, and Helms had a difficult birth, experiencing post-birth hemorrhaging. When doctors told Helms she might need a hysterectomy, she briefly considered keeping her babies, worried that she would never have another child. Fortunately, doctors were able to avoid removing her uterus.

“I was relieved I didn’t have the hysterectomy, but it was hard to say goodbye to my babies,” Helms admitted. “I stayed an extra day in the hospital to bond with them. In some way, I felt like I was abandoning them.”

The twins are now 24 years old and in college, “chasing their dreams,” according to Helms. Helms eventually married and had another child. She cherished the time spent with her children, watching them grow into happy, thriving young adults, and has shared in their achievements. The open adoption worked well for both Helms and the McGees; while Helms is their biological mother, she respects that the McGees are their parents.

“I never regret placing the twins for adoption,” she said. “I felt I was doing what was right for them at the time. Placing your child for adoption is a loving thing to do. It’s awesome how God orchestrated such an optimal outcome.”

Melissa has become a pro-life advocate, participating in 40 Days for Life, and encourages women to consider adoption, rather than abortion, if they are unable to care for their babies. She believes women are stronger than their circumstances, and that all things work together for good when God is in the driver’s seat.