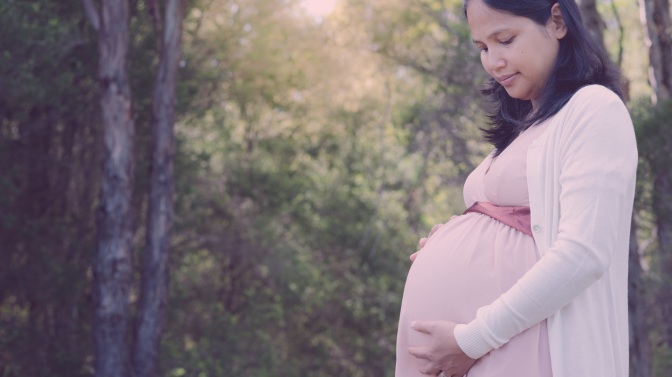 Healthcare providers work diligently day in and day out in an effort to save lives. Unfortunately, the stark reality is that death happens; not all lives can be saved.  Those who support abortion frequently ask the tough question, “what about abortion to save a mother’s life or for her health?” Is abortion for the life or health of the mother necessary?

First let me clarify, “saving a mother’s life” is very different than justifying abortion for the “mother’s health.” Justifying “mother’s health” as a rationale for abortion is vague and leaves room for abuse, as Dr. Levatino explained in an interview with Live Action’s Lila Rose.

The Supreme Court ruling in Doe v. Bolton defined maternal health so broadly that abortions are permitted in the U.S. for virtually any reason. The mother’s “health” can then be defined as her physical, emotional health, financial health, etc.

The medical judgment [for a late-term abortion] may be exercised in the light of all factors—physical, emotional, psychological, familial, and the woman’s age—relevant to the well-being of the patient. All these factors may relate to health. This allows the attending physician the room he needs to make his best medical judgment. And it is room that operates for the benefit, not the disadvantage, of the pregnant woman.

In cases where the mother’s health is treatable, society needs to rally around her to ensure that she has the help and resources she needs. Many obstetricians and/or crisis pregnancy services offer help, or make necessary referrals in these areas.

The American Association of Pro-life Obstetricians and Gynecologists (AAPLOG) with over 2500 members, published a statement in 2009 to address their position on “Abortion to Save the Life of the Mother.” AAPLOG acknowledges that the woman and child are unique persons, and thus, two patients.

Abortion is the purposeful killing of the unborn in the termination of pregnancy. AAPLOG opposes abortion.  When in extreme medical emergencies that threaten the life of the mother arise (chorioamnioitis or HELLP syndrome could be examples), AAPLOG believes in “treatment to save the mother’s life,” including premature delivery if that is indicated – obviously with the patient’s informed consent.  This is NOT “abortion to save the mother’s life.”

We are treating two patients, the mother and the baby, and every reasonable attempt to save the baby’s life would also be a part of our medical intervention.  We acknowledge that, in some such instances, the baby would be too premature to survive.

In addition, over 1000 medical providers have signed the Dublin Declaration, which affirms that abortion is never medically necessary to save the life of the mother.

As experienced practitioners and researchers in obstetrics and gynecology, we affirm that direct abortion – the purposeful destruction of the unborn child – is not medically necessary to save the life of a woman.  We hold that there is a fundamental difference between abortion, and necessary medical treatments that are carried out to save the life of the mother, even if such treatment results in the loss of life of her unborn child.  We confirm that the prohibition of abortion does not affect, in any way, the availability of optimal care to pregnant women.

When the mother’s life is truly at risk, as in the case of an ectopic pregnancy, the provider is not committing an abortion procedure with the goal of ending the baby’s life; rather, the goal is to save the mother’s life. There are only two options: save one, lose one, or lose both.

I think word pictures are very valuable so let me explain this in a different way.  Suppose you witness two people who are about to drown in a fast moving swollen river.  You realize the gravity and urgency of the situation.  You may only have time to save one life though both are in serious trouble, one or both will drown.  What do you do?  Do you give up without trying to save at least one because you know you can’t save both, or do you make every effort to save the one you can reach and help first?  Of course you would try to save at least one person.  Such is the case in an ectopic pregnancy.  If the surgeon does not attempt to remove the ectopic pregnancy both mother and baby will lose their life.  Therefore, the only option is to save the mother.

In my career I have been confronted with some very sad cases.  For example, a young mother— a single woman— diagnosed with lymphoma.  Prior to having scans as part of her work-up for diagnosis, she was found to have a positive pregnancy test, only to then learn she was carrying a baby just over 6 to 7 weeks gestation.  Her initial oncologist strongly encouraged her to abort, as chemotherapy would cause certain risk to the preborn baby, and a delay in the mother’s treatment could result in loss of her own life.  She chose instead to seek a second opinion.  The second oncologist had a candid discussion about all options and risks, and this young lady made an informed decision to modify chemotherapy until the baby was well into her second trimester, though hoping she could hold off until the third trimester. 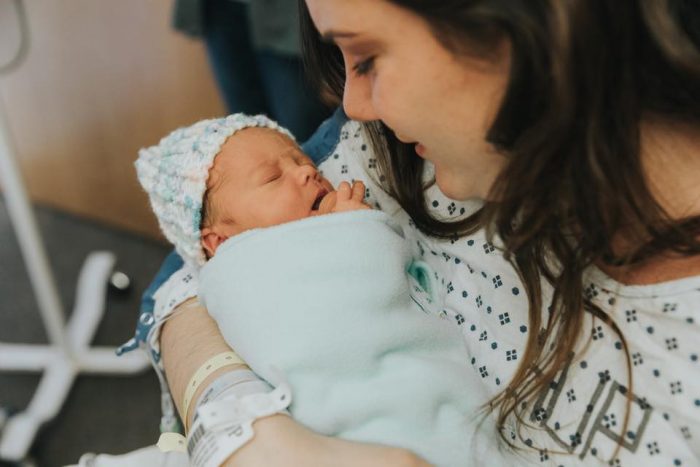 Dana Scatton holds her daughter who was born via emergency C-section after Dana was diagnosed with cancer.

She was able to carry the baby to 35 weeks when delivery was induced and more aggressive chemotherapy was started.  She gave birth to a very healthy little girl.  Did the mother place herself at risk? Yes. However, she was given a choice and she was able to enjoy 5 to 6 years with her little girl before her disease recurred and she lost the battle.  Her daughter is her legacy, by choice.

Most people assume that mothers must sacrifice the child in order to obtain treatment for cancer.  It is estimated that 1 in 1000 pregnancies are complicated by a diagnosis of cancer.  In most cases, women can receive appropriate therapy for cancer without placing the baby at serious risk. This depends on the type of cancer and the recommended chemotherapy.  That said, it is recommended that care for these women involve several professional specialty providers, including a medical oncologist and an obstetrician who specializes in high risk pregnancies.  It is imperative that the woman be thoroughly informed of all options so that she is equipped to make an informed choice.

There are other rare disorders that may require that a baby be delivered early in order to save the mother’s life.  An example is severe eclampsia.  A similar situation is a disorder called HELLP Syndrome, often considered a variant of preeclampsia. This involves the breakdown of red blood cells (Hemolysis), ELevated liver function tests, and Low Platelets (the cells involved in clotting).   HELLP can be seen in approximately 10-20 percent of women who develop severe preeclampsia or eclampsia. According to Dr. Levantino, in most cases the mother’s symptoms can be stabilized while preparations are made to deliver.

I would encourage everyone to watch the interview with Dr. Levantino, as well as his discussions on abortion procedures.  An educated and informed public is the only way to confront those who suggest that abortion is necessary to save the mother’s life.  The questions are difficult; the situations can be heartbreaking.  However, as a society, we need to respect all lives and make every effort to save both the mother and the baby whenever possible.

If you are a health care provider, remember your oath to do no harm and continue to work to value all life and save those you can.