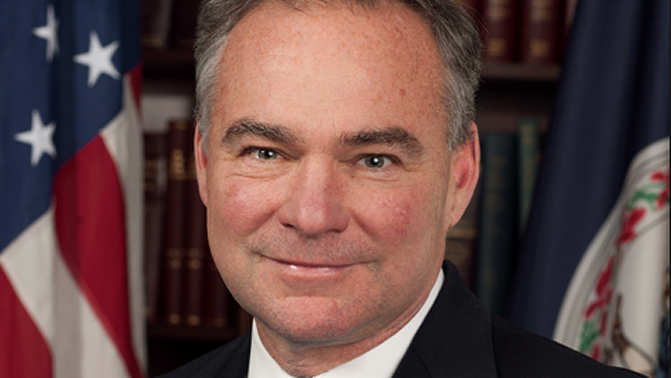 As Live Action News previously reported, the speculation about Kaine drew hesitation from abortion groups because Kaine was once considered a pro-life Democrat who has said he’s personally opposed to abortion. He has since earned a 100 percent rating from the abortion industry, however, and is the sponsor of a bill which would overturn all pro-life laws on the books.

Now that Kaine is the confirmed pick, Planned Parenthood and NARAL are leaving behind any past hesitation they may have had.

.@HillaryClinton picked @timkaine — a leader in fighting for equity & justice — as her VP nominee. #PPAct4Hillarypic.twitter.com/w8WlR1SU0H

NARAL also found a way to make the selection about themselves and their “pro-choice” stance.

A core part of being #prochoice is supporting everyone’s individual decision making. #ClintonKaine is the only ticket that does this.

.@TimKaine understands the core of what it means to be #prochoice – supporting everyone’s individual decision making https://t.co/FHn5NJMwrl

As Planned Parenthood and NARAL’s love affair with Kaine show, there is no such thing as being “personally pro-life” if you stop at being personally opposed to abortion. One may be against abortion in one’s own personal life, but other preborn babies are just as equally as deserving of the right to life as one’s own children.

The National Right to Life Committee commented on Kaine’s personal views. “Sen. Kaine is good at hiding behind his Catholic background – but no one should be fooled,” NRLC President Carol Tobias said. “His record, and his openly declared legislative goals, are as pro-abortion as they come.”

There were some unexpected reactions as well. Rewire, formerly known as RH Reality Check, still cannot get over Kaine’s views from when he was considered a pro-life Democrat and supported common sense abortion regulations anyone should be able to get behind. The outlet ranted against the choice a day before Kaine was confirmed.

These reactions also come from the other side of the issue as well. Hillary Clinton was all too happy to repeat this tweet from Sen. Jeff Flake (R-AZ)

Trying to count the ways I hate @timkaine. Drawing a blank. Congrats to a good man and a good friend.

Flake is a pro-life senator with a 100 percent voting record from NRLC. Having differing views on abortion is of course no reason to “hate” someone, and it doesn’t have to be a deal-breaker for friendship. However, the fact that Clinton retweeted it may raise some eyebrows.

At the end of the day, the excitement from the abortion industry should speak volumes enough about Kaine’s record and intentions on abortion in the U.S.