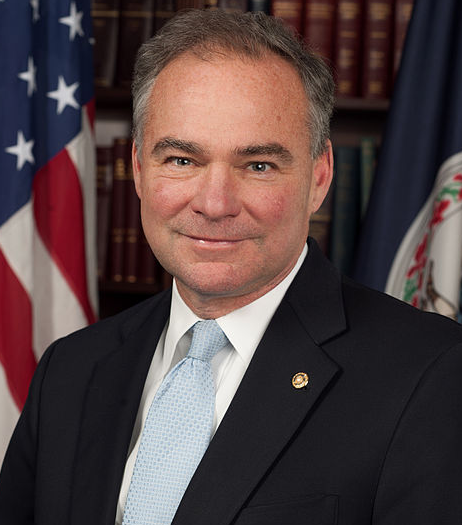 Now that the Planned Parenthood endorsed Hillary Clinton is the presumptive Democratic nominee, there is talk about her running mate pick.

Sen. Tim Kaine (D-VA) has a perfect voting record in the Senate from NARAL  Pro-Choice (which has also endorsed Clinton) and Planned Parenthood. That doesn’t seem to be enough, however, for some. Politico recently reported on “Tim Kaine’s abortion predicament,” less than a week after Politico Magazine published “The Left’s Beef with Tim Kaine.”

When Kaine appeared on June 26’s Meet the Press, host Chuck Todd mentioned that Kaine used to be pro-life Democrat, though that’s not the case anymore and asked him what his position was. Kaine described himself as “kind of a, look, traditional Catholic” and said “I don’t like it personally. I’m opposed to abortion.”

That can be summed up by him being personally pro-life, which is a way of saying he’s pro-abortion on matters of public policy.

…I deeply believe, and not just as a matter of politics, but even as a matter of morality, that matters about reproduction and intimacy and relationships and contraception are in the personal realm. They’re moral decisions for individuals to make for themselves. And the last thing we need is government intruding into those personal decisions.

So I’ve taken a position which is quite common among Catholics. I’ve got a personal feeling about abortion, but the right role for government is to let women make their own decisions. So for example, you know Monday, the Supreme Court is likely to decide a really important case about abortion rights, which is many states, including Virginia, have tried to basically take out the Constitutional right that gives women the ability to choose by putting these onerous regulations on clinics, health clinics, where abortions are provided. We fought those off in Virginia when I was governor because you’ve got to let people make their own moral choices when it comes to matter of reproduction, intimacy, and relationships.

Kaine may call himself “kind of a… traditional Catholic,” and excuse his position as  “quite common.” The Catholic Church is abundantly clear on its pro-life position, leaving Kaine’s remarks up for interpretation about how “traditional” he really is.

There was a time when Kaine had some commonsense views that one could support regardless of one’s political views on abortion.

In 2005 during his gubernatorial race, he said he would work in “good faith” to reduce abortions in Virginia by:

As Politico mentioned though, the Virginia NARAL chapter wouldn’t endorse Kaine because he “embraces many of the restrictions on a woman’s right to choose.”

But isn’t NARAL’s full name NARAL Pro-Choice America, in this case NARAL Pro-Choice Virginia? Isn’t the whole point of being “pro-choice” wanting abortion to be rare but still available? It looks like NARAL is really pro-abortion then if they took issue with such methods for reducing abortions.

In 2007 the state chapter described Kaine as a “mixed-choice” governor and NARAL gave Virginia an F in their annual report card.

While running for Senate in 2012, he argued with his Republican opponent George Allen about abortion and government. “Why would you claim to be a small government guy and propose such a dramatic reach into people’s lives and personal decisions?” he mentioned during a debate.

No matter one’s view of big or small government, it ought to be recognized that our founding documents offer the protection of the right to life.

The Huffington Post also comments on Kaine’s positions and chances of becoming vice-president. “Now that he’s being vetted for Clinton’s vice-president, “Kaine needs to bring his record more in line with hers–and he’s starting to do that,” Laura Bassett and Ryan Grim write.

For its re-introduction from 2013, Kaine is a co-sponsor of the Women’s Health Protection Act.  The deceptive and dangerous legislation is perhaps the most pro-abortion piece to ever be introduced.

Despite Kaine solidifying his support for abortion,  Politico Magazine reported:

…Kaine could also dampen enthusiasm within Hillary’s base of reproductive freedom advocates. When The Hill newspaper tried to get Planned Parenthood, NARAL Pro-Choice America and EMILY’s List— abortion rights groups that endorsed Clinton—to comment on Kaine’s VP prospects, all clammed up. But Ally Boguhn, political and campaigns editor at the reproductive health news site Rewire, conveyed to Politico Magazine the hesitation found in abortion rights circles: “other Clinton VP options are more roundly pro-choice and seem to align better with a campaign platform hoping to appeal to reproductive rights advocates and supporters.”

If Kaine isn’t enough for these pro-abortion groups, it’s worth wondering what extreme support for abortion is?