Elaine Vegter still remembers the whispered comments about her unmarried pregnant friend that swept throughout the church when she was a teenager. Coming from a strict upbringing rooted in faith, it was considered shameful to have sexual relations before marriage, much less get pregnant — leading to a fear that can push some women to feel that abortion is their only choice. Vegter’s parents admonished her about being careful, especially since she was in a committed relationship with the man she planned to marry — lest she embarrass them with an unexpected pregnancy. But it was too late.

“It was only a month after my friend told her family she was expecting that I discovered I, too, may be pregnant,” Vegter told Live Action News. “I was just 19 years old, and my fiancé, Rick, was a year younger. My fear of telling my parents was so intense. They were good people, and being respected in the church was so important to them.”

She kept her concerns a secret, confiding only in a co-worker at a nursing home where she worked. A pregnancy test, hidden in a resident’s closet, confirmed her suspicions. The co-worker advised a distraught Vegter to have an abortion. The suggestion at first was repelling.

“I thought, I couldn’t do that, I’m not the ‘type’ to have an abortion,” she said. “But after a sleepless night, I gave in to the fear of what would happen once my parents were told. I wanted to save them from embarrassment, and I didn’t want our reputations tarnished. I really didn’t want to have the abortion, but Rick and I felt we had no other choice.”

She consoled herself by believing God would forgive her, but her parents would not. But she would later struggle with feelings of shame, guilt, and regret. The couple eventually married and had three more children, keeping the abortion a secret. During her pregnancy after the abortion, Vegter felt keenly the loss of their first child.

“Feeling life inside of me was quite emotional,” she admitted. “I cried often, and felt fearful this pregnancy might [miscarry] for punishment at what we had done. This fear was magnified, because the women we knew who had abortions later suffered from ectopic pregnancies or miscarriages.”

Throughout the years, Vegter continued to suffer in silence. She struggled with forgiveness, and despite the deep love she had for her three children, felt an ache inside. Each anniversary of the abortion, along with the due date, would spur unrelenting sorrow and regret. When her children left home, she knew she need to find healing.

“I wanted a Christian counselor, but wondered if she would condemn what I did,” she said. “But I knew the help I would receive would outweigh any embarrassment and judgment. It was critical for me to address the grief about the abortion I had carried for so long. It was like a boil that needed to be lanced to heal.”

The courage to heal

At the heart of Vegter’s journey was the need to share her story, though she and Rick had not yet come clean to their parents. She had written some lyrics about the abortion that she hoped could be transformed into a song, but she had no experience in music or composition. Vegter’s counselor referred her to Tom Hilker, a Christian musician at her church. Tom worked with Vegter over a year to compose her words into a song.

“Rick and I wanted to tell our testimony in church on the 40th anniversary of the abortion, then play the song afterward,” she said. “It was our hope that by baring our soul, it would save lives and help us heal. Tom kept asking us if we had told our parents yet. It was a very hard thing to do because we didn’t want to hurt them. But we finally found the courage to tell them three weeks before our testimony.” 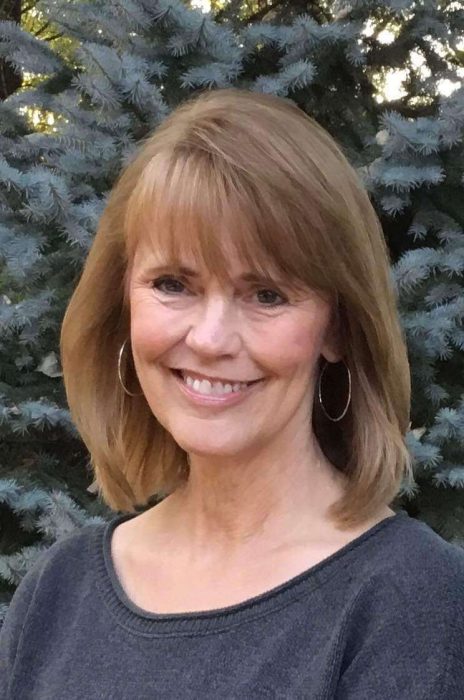 Vegter remembers well the conversation with her mother who, upon learning of the secret she had kept for 40 years, at first wept, then embraced her daughter, telling her she loved and forgave her. Her father had passed away by then, and in some way, Vegter was grateful he never knew.

READ: When post-abortive parents tell our stories of loss, our children’s tiny feet of truth march on

“It would have been very hard for him to hear,” she said. “He once attended a documentary about women who had abortions and he walked out because he was so upset by it. He’s in Heaven now and was spared the news of what Rick and I had done.”

Rick’s parents were also initially distraught, but showed compassion, telling the couple they would have welcomed the baby.

For post-abortive women, the cost of keeping silent is high. Vegter realized that many women, like her, would rather not talk about the pain of terminating their pregnancies, but understands now the importance of speaking up.

“So many of those in the pro-choice movement don’t hesitate to voice their opinions,” Vegter said. “It’s time to tell the stories of those who aborted their babies and are living with the scars. No matter the stage of pregnancy, you are carrying a living human being. I think by telling our stories, no matter how agonizing, those considering abortion will better understand the ramifications of such a decision.”

Looking back, Vegter believes confiding in a Christian friend about her pregnancy would have resulted in a better outcome. She wished her parents had been open about the consequences of sexual relations before marriage and would have expressed unconditional support should an unexpected pregnancy occur. Yet, she realized that she had to take responsibility for ending the life of her preborn child.

Eventually, Vegter learned to trust in God’s grace and accept His forgiveness. Her experience taught her to be more compassionate, to forgive and to be less quick to judge others. She is hopeful that she will see her baby girl, whom she named Eva Grace, in Heaven.

“God revealed to me in a dream that our child was a girl,” Vegter said. “Through my pain, He has opened doors to serve Him out of the overflow of gratitude for being forgiven. I no longer have a debt to pay, but I can share my testimony and maybe it will help women chose life for their babies.”