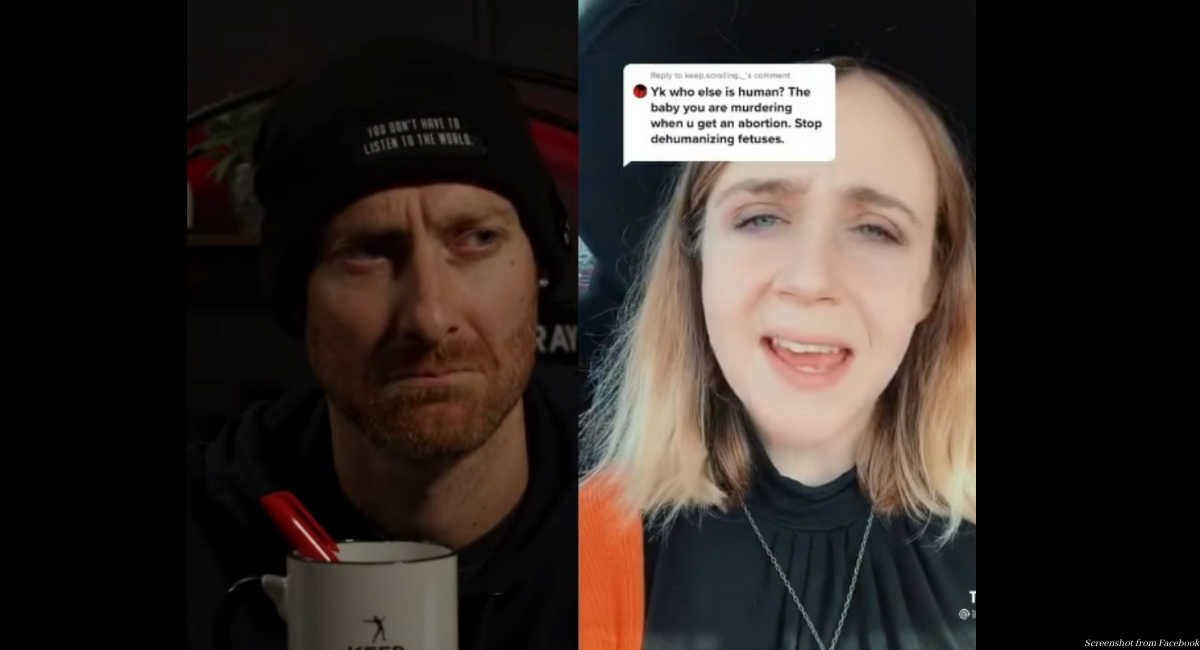 “Red Pen Logic with Mr. B” is a YouTube channel that aims to “help you assess bad thinking by using good thinking.” And Mr. B consistently takes aim on the lack of logic from abortion advocates, including a recent video he created about the right to life of preborn children.

Mr. B responded to a recent TikTok video from a woman who told a commenter that, while she knows fetuses are human beings, they can be killed through abortion because they can’t sustain their own lives.

“I fully grasp your premise that a fetus is a human. And as a human, its right to life ends at another person’s body. A fetus absolutely has the right to live. An equal right to every other human, which means, like all the rest of us, it is free to sustain its own life. […] We are not dehumanizing fetuses. We are holding them to the exact same standards as every other human. What you’re trying to do is grant them special rights. Rights that no one else has — at the expense of women.”

The flawed logic is apparent because clearly, not every born human being is capable of sustaining his or her own life without assistance of some kind. Whether the person has a medical condition that requires medications, medical devices, round-the-clock care, or even if the person is elderly — being unable to “sustain its own life” does not mean that a person loses her right to life. Mr. B explained this in terms of a newborn.

“The right to life isn’t merely the right to sustain your own life,” he said. “To see how absurd this is, let’s apply this thinking to a newborn. On this view, a mother who decides not to feed her newborn could simply say, ‘Well I gave my newborn the same rights I have — the equal right to sustain her own life. Feeding my newborn every day would be a special right. It’s not my fault she doesn’t get up and walk to the grocery store like everyone else.’ Notice, parents have certain obligations or responsibilities… towards their own children. And since we already agreed the fetus is a human deserving of the right to life, parents have an obligation to protect that life.”

The TikTok abortion advocate also stated that “abortion only ends in death because the fetus can’t [sustain its own life].” But a preborn child killed by abortion doesn’t die simply because she was removed from her natural environment in the womb. She dies because an abortionist actively killed her, another point made by Mr. B — yet this woman is placing the blame for the child’s death on the child and her level of vulnerability.

“[T]his is like refusing to feed a newborn and then saying, starvation only ends in death because a newborn can’t sustain its own life,” Mr. B argued. “But it’s actually worse than that because abortion isn’t merely withholding what a child needs; it’s actively killing, whether through burning, dismemberment, or crushing. So it’s more like actively holding someone’s head underwater until they die and then saying drowning only ends in death because a human can’t sustain its own life underwater.”

Clearly, this TikTok user’s argument is severely flawed. Anytime a human being is actively killed, whether through abortion or another form of homicide, the point is that something has been done to that person that stops their life. If that act wasn’t carried out, that person would still be alive. This is true whether a person is stabbed in the heart while walking down the street, or if a preborn child is stabbed with a needle that injects poison into her heart to stop it.

Actively killing an innocent human being because she is dependent on her mother for survival is arguably the most inhumane form of discrimination to ever exist. Parents have an obligation to care for their underage children, whether that child is inside the womb or out.