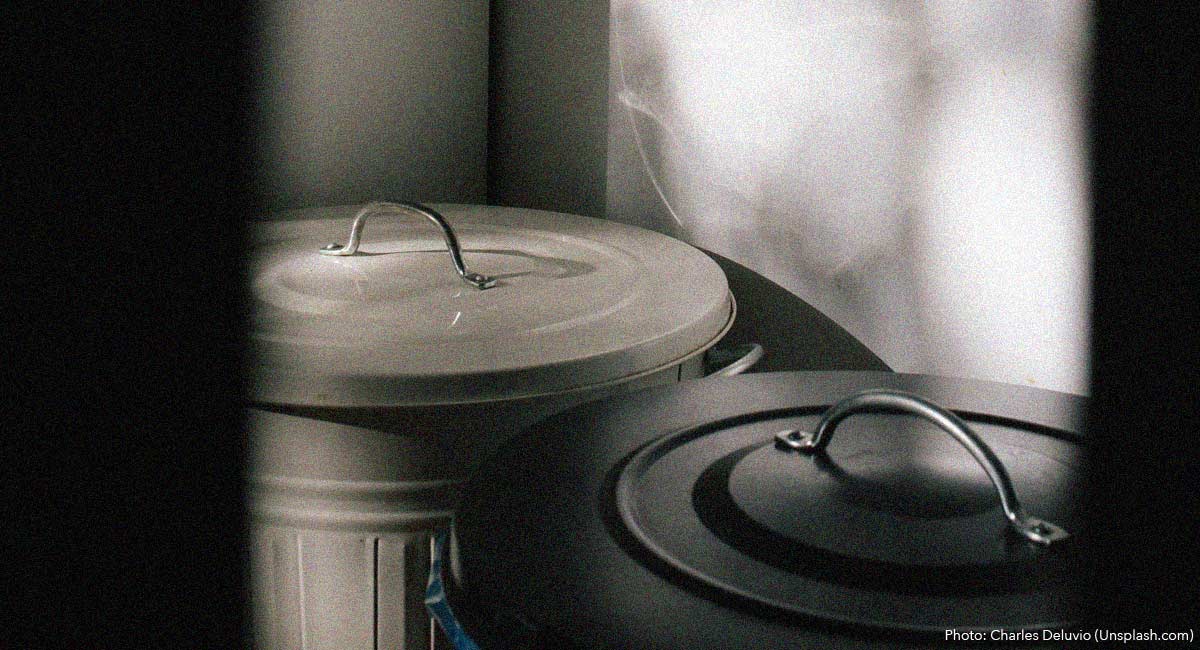 So often, when we think about abortion, we don’t really ask questions about what happens to the so-called “tissue” afterwards. But the truth is… it isn’t just “tissue.” These are human beings. And abortion creates broken bodies — or the dismembered limbs and pieces — of tiny children. What happens to these small bodies? We already know that even the FDA is purchasing the “fresh” body parts of aborted children for use in medical research, and universities have done the same. But what about the bodies that aren’t purchased? Where do the arms, legs, little heads, and other human body parts go?

News reports reveal that abortion facilities have a variety of other “solutions”:

Indiana waste company MedAssure was fined in 2016 for accepting fetal tissue from “Pathology Services, a Missouri lab that services Planned Parenthood.” MedAssure used microwaves and steam on the babies before disposing of them at a site. …MedAssure “had been accepting up to six 31-gallon containers of aborted babies every week,” and that “these containers were dumped into an auger along with other medical waste, which was ground up together.”

While some of these grisly practices are banned after they are discovered, it never stops abortion facilities and disposal companies from coming up with new ways to get rid of the bodies.

The late George Tiller, a late-term abortionist in Kansas, installed his own crematorium where he would personally burn the bodies of the children whose lives he ended. Some workers at his facility believe that he used his personal incinerator to cover the evidence of babies who were born alive.

Renee Chelian, an abortion chain owner from Michigan, proposed using a plot of land in the forest as a burn-site for the small bodies that were piling up in her facility. She also suggested sending the babies into the sewer system, stating, “I dreamt about how to dispose of fetal tissue….”

Stericycle is the most well-known waste disposal company that works with abortion facilities, collecting their boxes, bins, and buckets of baby parts, and carting them off. In Greenville, South Carolina, Stericycle was caught illegally meeting a staffer from the abortion facility at a local gas station where they would transfer the babies’ bodies. However, Stericycle is not the only one.

LeRoy Carhart, one of the nation’s most notorious (and dangerous) late-term abortionists has had a hard time keeping a disposal company lately. Two companies have quit, and photos have been taken of sagging boxes, bending under the weight of little bodies. Recently Bio-Haz Solutions, Inc., decided to begin its own contract with Carhart. Bio-Haz comes to his facility to take away the baby bodies and baby parts. 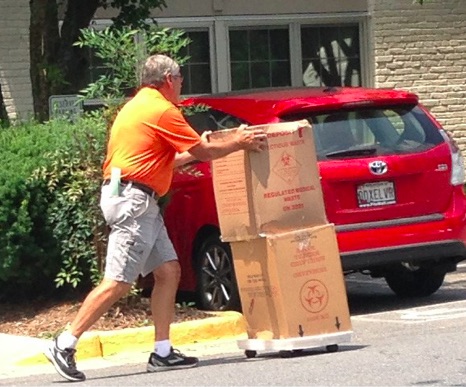 Boxes of aborted babies being taken to a Bio-Haz vehicle outside Leroy Carhart’s abortion facility. The babies inside can weigh over five pounds. (Photo credit: Created Equal)

Created Equal reports that David Henritzy, the CEO of Bio-Haz, recently sent out a voicemail to citizens who were becoming concerned about all the babies being carted off from Carhart’s clinic.

Oddly, Henritzy informed the people that his company uses crosses and holy water in their disposal of the babies. While Henritzy appears to personally recognize that these children deserve basic honor and humanity, he fails to realize that his participation in Carhart’s work is enabling Carhart to continue to kill these children day after day.

You can contact David Henritzy and Bio-Haz and ask them to stop working with Carhart:

Talking to company owners and helping them understand what they are supporting when they work with abortion facilities can be extremely effective. On August 10, Stand True published an incredible story about a disposal company’s owner who just agreed to pull his $300,000 contract with Planned Parenthood in California. Pro-life advocates met with him personally and explained the reality of abortion to him, and after discussion with a few others, he chose to walk away from Planned Parenthood’s money.

The bottom line is simple: Whether the method of disposal is disturbing or seemingly humane, it cannot change the fact that human babies are being carted off after being subjected to violent, purposeful abortions every day. Can any method of disposal be acceptable when these children never should have had their lives taken in the first place? What can we do to convince companies to stop participating in abortion by helping dispose of the babies?