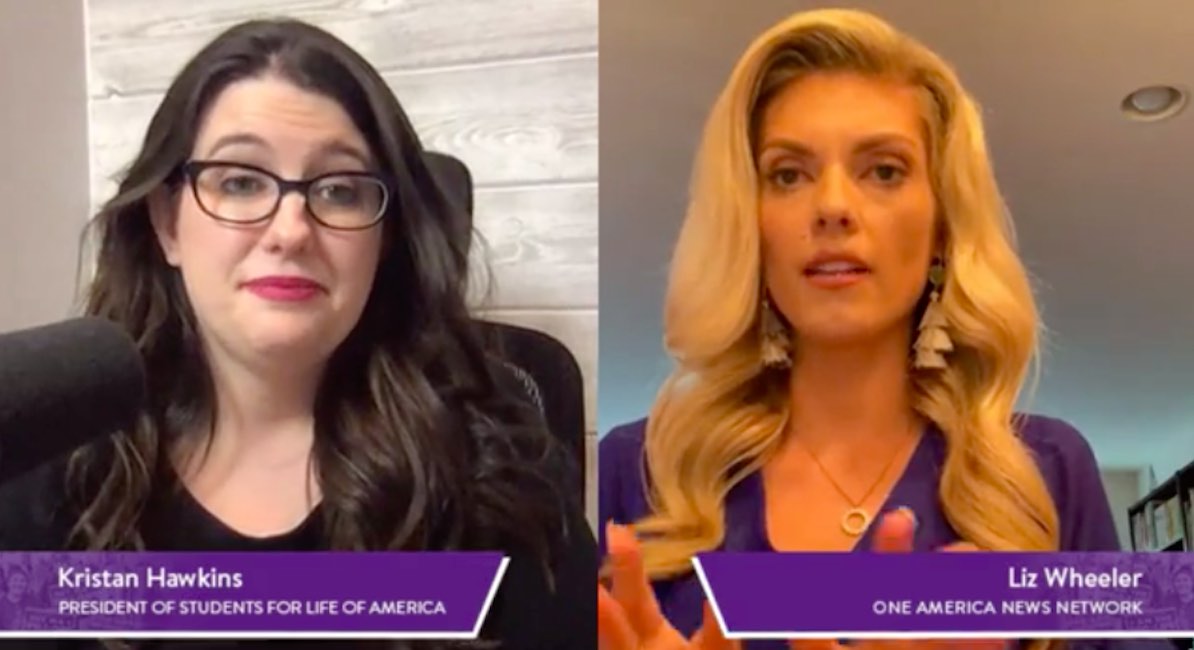 A recent teleconferencing call meant to celebrate pro-life graduates was hacked by abortion activists, who disrupted it in a particularly disgusting way. Students for Life of America was hosting a virtual graduation ceremony for over 100 high school and college graduates who participated in pro-life work. Yet this celebratory event was interrupted by pro-abortion hackers, who flooded the stream with offensive images and video.

Kristan Hawkins, president of Students for Life of America, had invited the graduates to appear wearing their caps and gowns, with a pro-life cord celebrating their service. Liz Wheeler, of the One America News Network, was the keynote speaker, and it was during her address that the hacking took place.

“I had just started giving my remarks,” Wheeler said, recounting the incident in a Facebook video with Hawkins. “As they say, we were ‘Zoom bombed.’ It means we were hacked by people who took over the stream, took over the computer, to broadcast graphic gay pornography, Nazi pornography, if you will… it’s very traumatizing.”

Yet Wheeler said the attack should show just how important work in the pro-life movement truly is. “Let this horrifying moment be a reminder to you about how powerful the work you are doing every day is,” she said.

Posted by Students for Life of America on Wednesday, May 20, 2020

“I think it definitely shows the desperation of the other side, when they attack a pro-life graduation ceremony,” Hawkins said. “Something as simple as celebrating the joy that these students have, of accomplishing this milestone… these are students who sacrifice all the time, to speak up for those who don’t have a voice, to change the policies on their high school and college campuses to support pregnant and parenting women. These are students that raise money for the pregnancy resource centers, and create their own scholarship funds to give to pregnant and parenting students on campus, so no woman ever feels she has to choose between the life of her child and her education. These are young people who do incredible things, they sacrifice, and yet, they are unafraid to have hard conversations, and mind-changing conversations. So this just shows how extreme, and how scared, those who advocate for abortion really are.”

Hawkins said the pro-lifers were ultimately able to regain control of their programming, and that police and the FBI have been contacted. Sadly, it’s just the latest incident, with violence and harassment happening with alarming regularity towards pro-life activists. And Hawkins said it’s just the beginning of what these students will have to face as they continue working in the pro-life movement.

“[T]hese hackers proved the point that the Pro-Life Generation has to be resilient and ready to face obstacles, including the real ugliness and disregard for women that abortion advocates like this have,” she said in a statement to Breitbart. “Interrupting a graduation event designed to replace a lost milestone for seniors is a pathetic way to spend your time. But this won’t deter our students, who are ready to go out into the world and abolish abortion.”