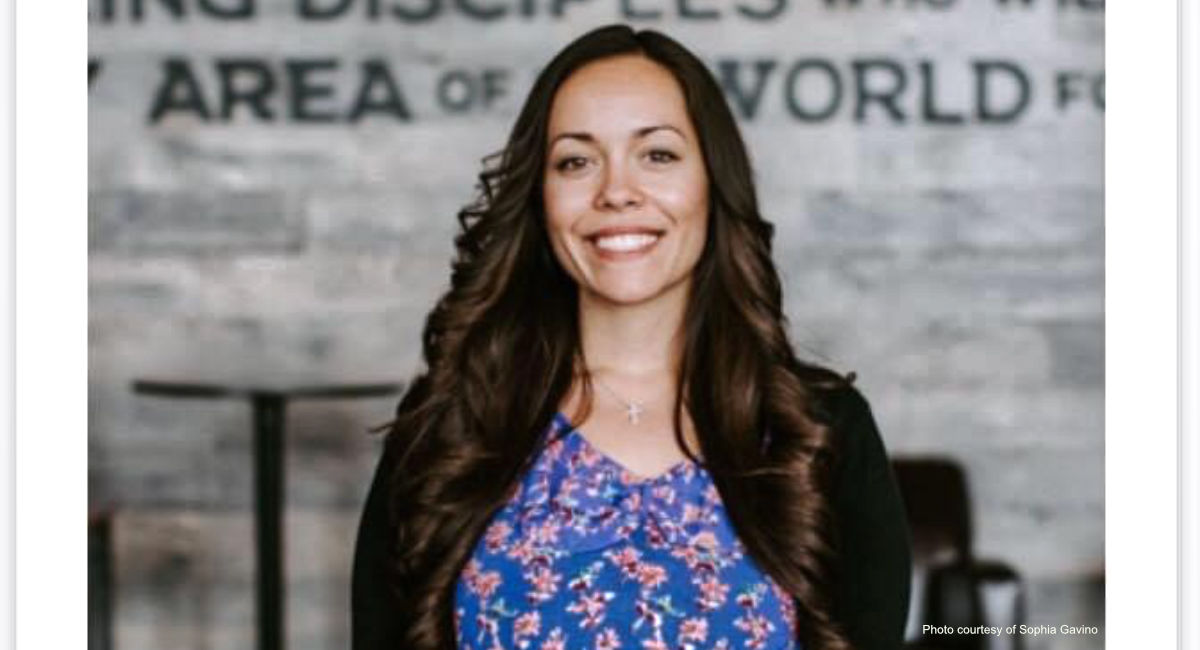 She was just 15 years old when she discovered she was pregnant, but Sophia Gavino didn’t know who the father was. She was in a relationship at the time, but one night when she was at a party with friends, she became intoxicated, and a much older man took advantage of her inebriated state.

Sophia never had any exposure to abortion or knew much about it — that is, until a friend who had an abortion encouraged her to do the same. Convinced she had no choice, a family member drove Sophia to the Walnut Creek Planned Parenthood in California to have the abortion. But the abortionist botched the procedure and she started to hemorrhage.

Wrestling with Shame and Regret

Sophia told Live Action News, “Because the abortion hadn’t been done right, I needed to go back into the room again to complete the procedure. When I finally got home, I just wanted to be alone. I never stepped foot in that clinic again and I broke up with my boyfriend. Something in me died that day.”

After the experience, Sophia wrestled with shame and regret. Looking back, she wished she would have encountered a sidewalk counselor who would have helped her get on the right path. While she became a follower of Christ seven years later, she never adequately faced the pain of her abortion.

“Every once in a while our church would host a representative from the local Pregnancy Resource Center,” she said. “I would cry a bit at times, but then quickly pushed the pain deep inside. I knew could not change what I had done.”

In 2016, a preacher at her church started to speak out against abortion. Sophia never heard that type of message from the pulpit. At a prayer meeting one evening, the preacher related the biblical narrative of the young boy David taking down the “giant in the land” to the battle against Planned Parenthood — and told the congregation to “get off the sidelines and rush into the field.”

Sophia said, “When it came time for prayer, I lay face first on the ground and began to weep, asking God to forgive me for my sin of abortion and that if He saw fit, he would use me” to help save babies from abortion. “It was as if the scab had been ripped off and it was time to heal. Little did I know, this was the same year Love Life Missionaries was founded.”

But Sophia didn’t just pray for forgiveness that day. She also prayed for Planned Parenthood to be defunded. Two months later, she was astonished to get a postcard in the mail stating that two Planned Parenthood facilities in her county had closed due to defunding. Excited, she sent a picture of the postcard to everyone who had attended the prayer meeting. Her prayer had been answered.

Creating a Culture of Love and Life

For the next four years, Sophia — now a single mother with two children — learned everything she could about defending life. She felt a stirring to be involved in a specific capacity but never felt peace about any role. Then, she heard about a missionary in New York City at the Margaret Sanger Clinic who was serving with Love Life, which piqued her interest. She learned more about ministry from the videos her brother shared from his training at the Love Life headquarters in Charlotte, North Carolina. The mission of Love Life resonated with her.

“When I heard the speaker in the video share that Love Life believes God has called his church to go out and take down ‘the giant’ of abortion centers in the land, I began to cry,” said Sophia. “I knew I needed to be at their end of the year celebration. It was four years to the day of the prayer meeting where I asked God to use me in the fight against abortion.”

Just two months later, Sophia and her son traveled to Arizona from California to a conference. Motivated by hearing Love Life founder Justin Reeder speak, both mother and son signed up for Boot Camp training to become Love Life missionaries on a day that marked 25 years since her abortion. Ironically, her son was 15 years old at the time, the same age as she was when she had the abortion.

“It was a bittersweet time,” said Sophia. “Together with my son, we committed to helping mothers choose life for their babies. He was choosing to uphold life, but when I was his age, I chose to abort my baby. But then I realized how God can restore broken lives.”

Sophia serves as a Love Life Missionary in the NorCal region in Contra Costa County. She prays and sidewalk counsels at the Walnut Creek Planned Parenthood, the facility where she aborted her child. Of the 700 abortion centers in the United States, 160 are based in California. Sophia hopes that additional Love Life Missionaries will be planted in mission fields across Northern California and that churches will partner with Love Life to become Houses of Refuge providing safe havens for women in need. To-date, more than 500 churches have been mobilized across denominations nationwide.

“Abortion is death and death is final. There is only hope in life,” Sophia said. “God knits every baby in their mother’s wombs, and He has a plan and a purpose for every child.”

Early last year, Sophia felt compelled to reach high school and college-aged youth with the pro-life message. She teaches a six-week class about the principles of standing for life in a Christ-centered way. Love Life hosts the annual Youth for Life event, a student led Prayer Walk which inspired more than 50 young people in Contra Costa County and 1,348 across the nation in 2021 to engage in pro-life ministry.

Sophia told Live Action News, “Our fight is far from over. We know this battle is not against flesh and blood but against wickedness in high places. For this sin of nearly 50 years of legalized abortion to be eradicated, it will be nothing short of a divine act of God. Through prayer, we can save souls and babies. We see this happen every week in cities across the nation. Lives are being changed because God hears the cries of His children.”