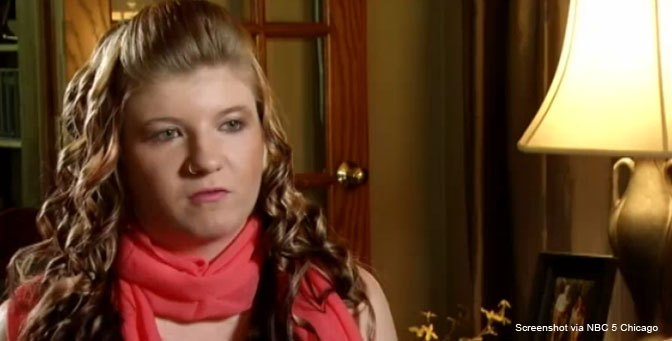 20-year-old Morgan Hill was once known by another name: Mary Grace.

As a baby, the hospital nurses gave her the name after construction worker Gerald Rocky Hyatt rescued her from a dumpster after he heard a whimper coming from a white kitchen bag that had been left inside. He raced into a nearby hospital emergency room and handed her over to the nurses.

Morgan told KSHB.com that she has always known she was adopted but didn’t learn the full story of the circumstances from her adoptive mother, Sandi, until two years ago. Her mother kept a binder full of newspaper clippings of the events. Right away, Morgan wanted to find her rescuer to thank him. She got that opportunity recently, as seen in the video below, from KSHB:

It is Morgan’s desire to see a greater awareness of Safe Haven laws in each state, which allow mothers to place their children anonymously with emergency workers or hospitals instead of abandoning them or worse.

More on Morgan’s amazing story can be found here.