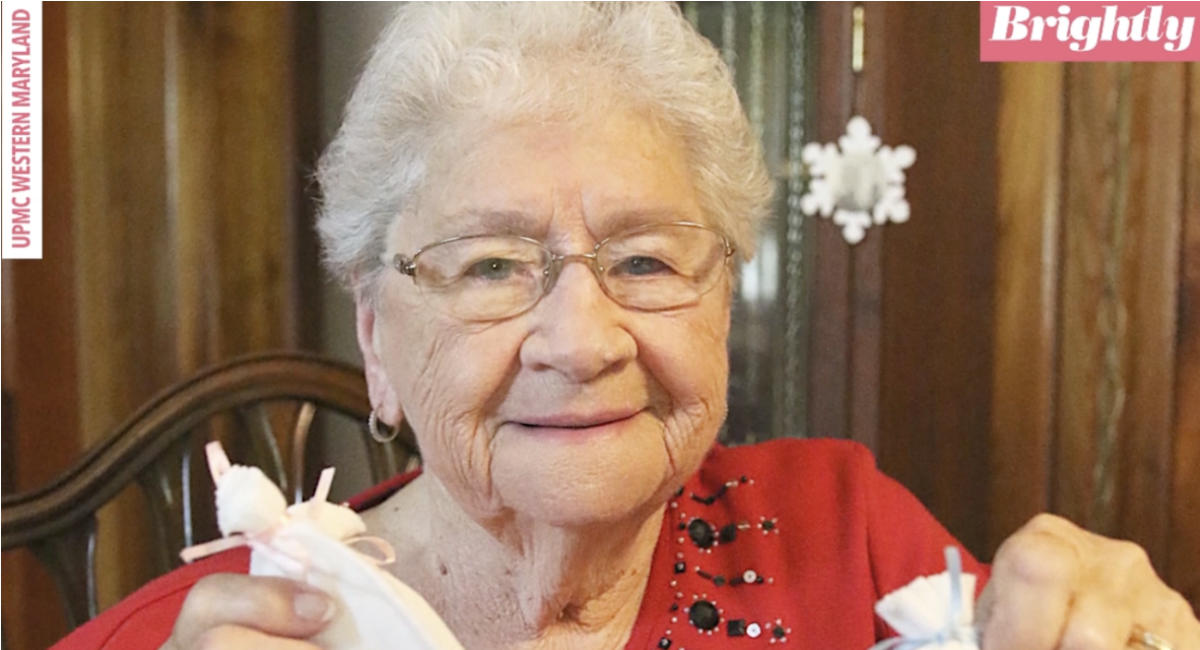 Ninety-year-old Jeanie Shaffer spends most nights with a pair of knitting needles in hand and a loving mission in her heart: to bring warmth and comfort to the UPMC Western Maryland’s newest little patients. It’s a project she started 15 years ago, and to which she has dedicated every night since. In all, she has knitted 11,000 hats for newborns.

To celebrate Shaffer’s years of generosity, the hospital asked parents on social media to send photos of their newborns wearing Shaffer’s hats, and the responses poured in. UPMC Western Maryland then put together an album of photos of their babies wearing the hand-knit hats, and presented it to Shaffer.

“I didn’t realize making hats would go that far and do that, and I appreciate it a whole lot,” Shaffer said, clearly touched, according to a video posted on Good Morning America. “Yes, it makes me feel proud, wonderful that I can do this to give the babies a warm head to start life with.”

“Well, we normally put the hats on the babies as soon as we dry their heads off. It helps them to maintain their temperature,” a nurse at UPMC Western Maryland said.

Parents were eager to share images of their newborns wearing the special hats, including Chip Robinson, who shared the photo of baby Isabella Robinson, Shaffer’s great-granddaughter born in 2007. He also shared a photo of baby Lyla Robinson, born in 2009, also wearing a hat knit by her great-grandmother. Shaffer’s daughter chimed into the comments saying, “How special to know that my Mother made those hats for such precious little ones!” 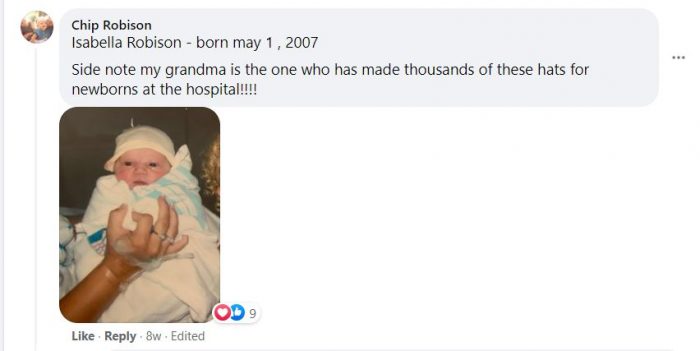 One set of parents said the hat brought an immediate sense of calm to their newborn. “Once they put the little hat on [our son], it calmed him down a little bit. I guess it was like a comfort snuggled up around him,” the Smiths said, according to Southern Living. They intend to make a hat scrapbook with photos of their newborn son.

The spirited nonagenarian said she is not yet finished with her work. “I want to live to be 100. I turned 90 in February. As long as I can make ‘em, I want to keep making ‘em,” Shaffer said.

And babies and parents will keep loving them.