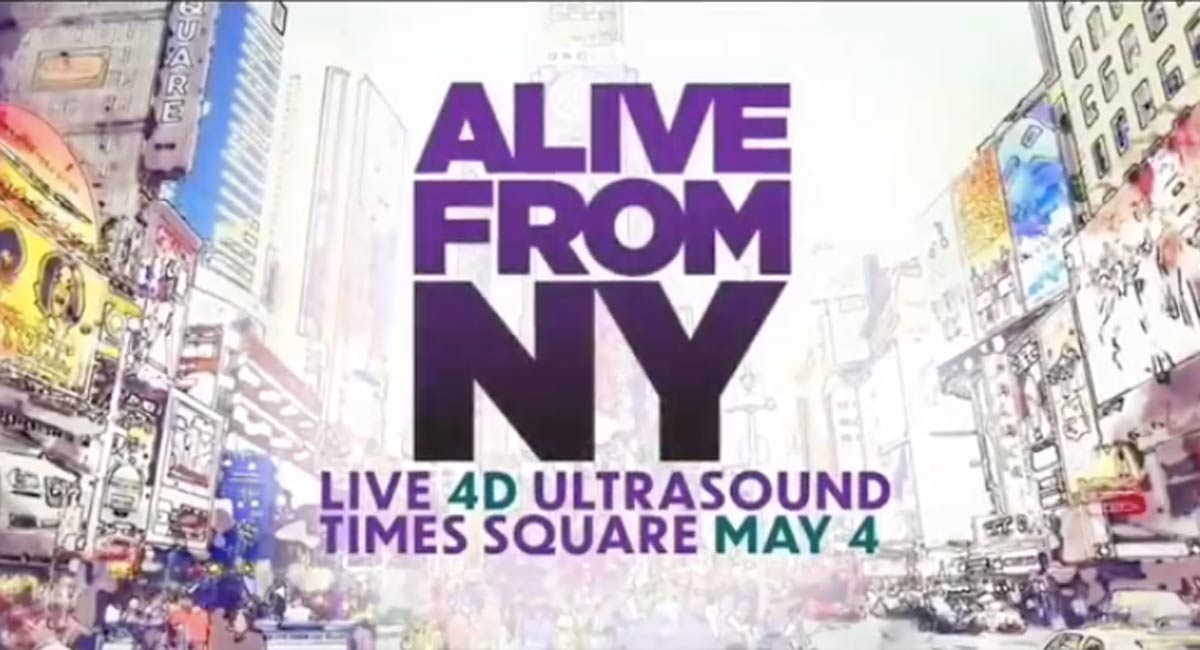 On Saturday, Times Square became the site of a major pro-life event hosted by Focus on the Family. #AliveFromNewYork, the culmination of 12 weeks of pro-life events called “See Life Clearly.” Abby Johnson, subject of the new film Unplanned, was again in the spotlight as her baby’s 4D ultrasound was broadcast live from Times Square.

“With the 4D technology that we have, it looks like a 1-year-old picture, a baby of… a 1-year-old. It’s phenomenal, and there is no way a person going to be able to say, ‘That is not a child.’ It is a child and we want everybody to see it,” said Jim Daly of Focus on the Family in an interview prior to the event.

And in fact, social media also lit up with reactions to the amazing event, many of whom joined in sharing their own pictures and details. One Twitter user shared an image of watching the event with a newborn.

Others were also inspired to share images of their babies, before and after birth. Some of the details seen on the ultrasound could be seen beautifully in other photos shared by their parents, showing plainly the unique humanity of babies in and out of the womb. 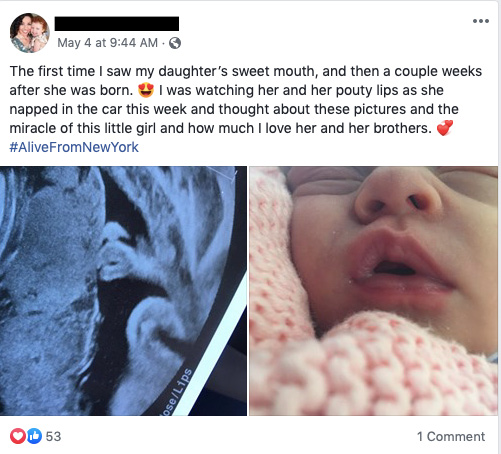 Townhall described the event as “joyous,” and videos were posted of attendees singing Amazing Grace. But when it came time for the ultrasound, the busy square was incredibly silent but for the soothing voice of the ultrasound tech, as evidenced by videos posted from the event. When the baby’s heartbeat was broadcast, a cheer erupted from the crowd.

Jeannie Mancini, director of the March for Life, posted a selfie with Texas Representative Dan Crenshaw, who turned up to mark the event. The beautiful celebration of life received an acknowledgement on Twitter from the Vice President, as well:

As Democrat Governors in NY & VA advocate for late term abortion & even infanticide – & Democrats in Congress refuse to allow a vote on the Born-Alive bill – TODAY in Times Square an ultrasound will be shown for all to see, demonstrating the miracle of life. #AliveFromNewYork

The event was initially scheduled to be projected on the famous jumbotrons in Times Square, but Daly said after initially agreeing, companies backed out of the agreement. “When we began to describe what we were going to do, they started not returning phone calls or saying that this would be too political and they’re uncomfortable with it,” he said to CBN.

What a sad state of affairs it is when a 4-D ultrasound of a human being is now considered “too political.”