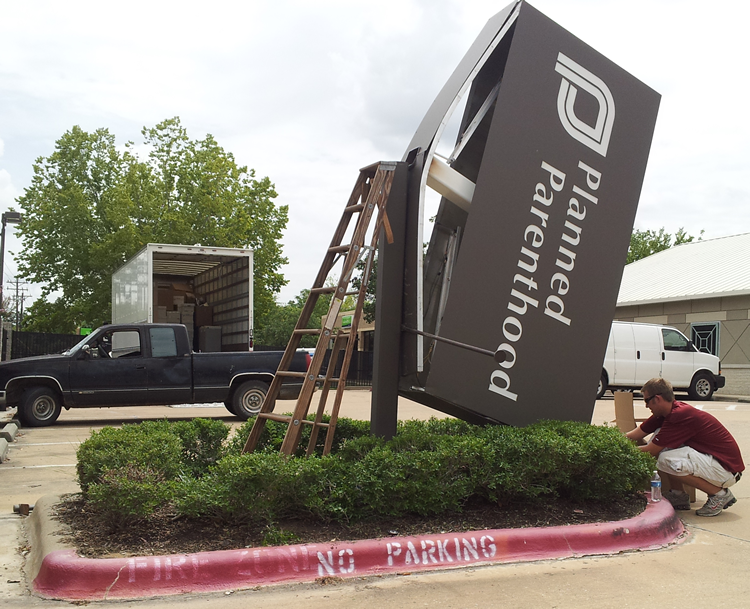 As the fall campaign for 40 Days for Life kicked off this week, the organization reminded people of the power of prayer in the fight to end abortion.

The fall 40 Days for Life campaign will continue through November 1, and organizers are believing for more miracles like the one they saw in Bryan/College Station, TX, the home of 40 Days for Life.  A Planned Parenthood there has since been closed, and is now the new headquarters for 40 Days for Life–and will include both a lab and clinic for a local pregnancy center and “medical services provided by two former abortionists who had conversions and have become outspoken pro-life advocates.”

Campaign Director Shawn Carney tells this story with pictures more than words, in his latest update when he says:

These photos show the former Planned Parenthood abortion center in Bryan/College Station, Texas — the site of the first-ever 40 Days for Life campaign back in 2004 … This is the kind of story only God can write … and yet it’s not an isolated occurrence. After 40 Days for Life While this Texas Planned Parenthood is probably the most notable of the 40 Days for Life victories, it’s certainly not the only one. Carney reports that since the first campaign locally in 2004 in Bryan/College Station, TX and then the national campaign launch in 2007, 60 different abortion facilities have been closed in places that 40 Days for Life held prayer vigils.

The current campaign has 307 locations, and they welcome people to join them in peaceful prayer for the ending of abortion.

In its short history, the long list of results is remarkable and also includes, “650,000 volunteer participants in 579 cities across 30 nations, 10,331 lives saved from abortion, 118 workers who have had conversions and quit the abortion industry,” in addition to the 60 closed abortion facilities.