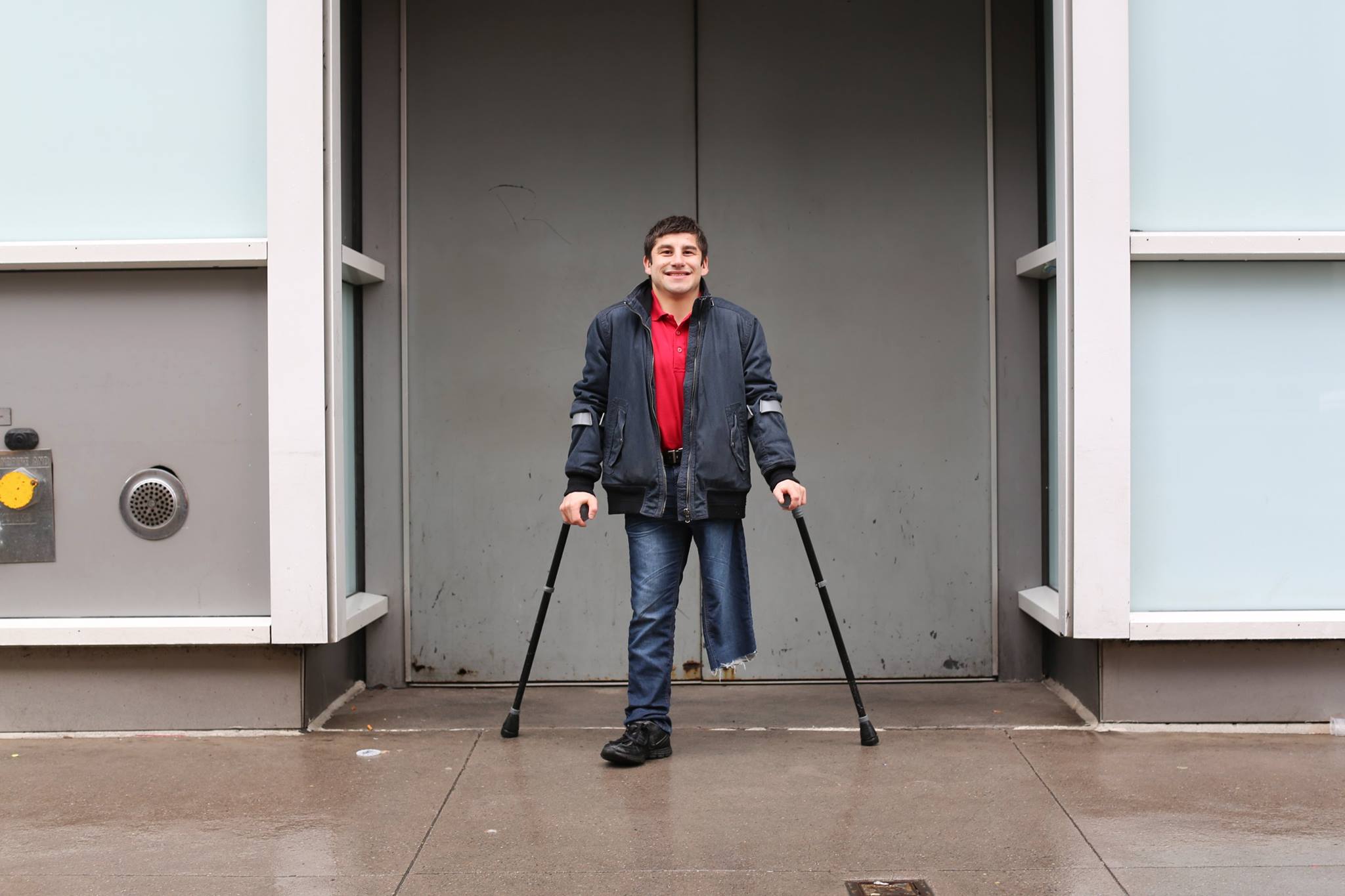 Humans of New York is known for posting captivating photos and interesting stories about people walking around New York City. Everyone has a story – and Humans of New York creator Brandon Stanton has found a unique way of sharing those stories with the world.

Recently, he photographed a man walking with crutches. He has one leg and a giant smile. But what you don’t see in the picture is that this young man was born with his organs outside of his body, and that his mother had little idea if he’d ever be able to drink on his own, let alone live an independent life.

This condition has different names depending on the specific organs, but is most commonly known as omphalocele or gastroschisis. A baby with omphalocele made headlines in 2012 when he underwent surgery to correct it. While 1 in 10,000 babies are born with some form of omphalocele, not many people know about it. Some even consider it a reason to abort.

But the happy young man in the photograph is proof that life can be good no matter where you were born, how you were born, whom you were born to, or what you were born with. He told Stanton that after he was born, he was the subject of a 45-minute dissertation at Columbia University. This probably had a major and lasting impact on those who took part in it. His future may have been questioned, but this young man noted how successful his has been. He told Stanton:

Almost all of my organs were born externally, and had to be sewn into my body. I don’t have a belly button – only a scar where my feeding tube used to be. My mother even tells me that she wasn’t sure if I’d ever be able to stand, eat, or drink. But now I can rollerblade. I can do a handstand on my crutches. I’ve got a core group of friends, a girlfriend, a college degree, and I’m helping to manage a radio station at the age of 23.

A handstand on crutches!

Our start in life does not predict our future. Even those with the most questions surrounding their abilities and future can grow to live happy and successful lives. They just need to be given the chance.