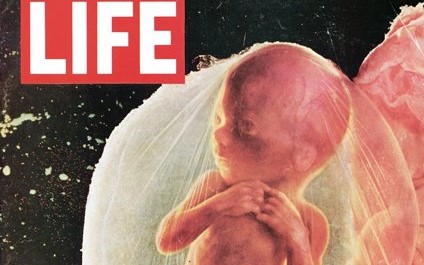 A photograph debated to be the greatest of the 20th century is the picture of a baby boy whom some would argue is not even a human being. This little boy, suspended in time in the famed photo, lived to just 18 weeks gestation when it is said that he became a victim of abortion and, years later, the most famous preborn child of all time. His life and image would become part of the abortion debate as the world marvels over him, and pro-abortion media tries to silence his humanity.

The photo was first published on the cover of the April 1965 issue of Life magazine, a decade after photojournalist Lennart Nilsson first told the editors of his plan to capture the first stages of human life. That issue of Life was widely popular, selling out all eight million copies in just a few days. Now, the photo, along with the rest of the series, is reaching the new generation in an exhibit at the Paris Photo art fair, and is adding fuel to the abortion debate. 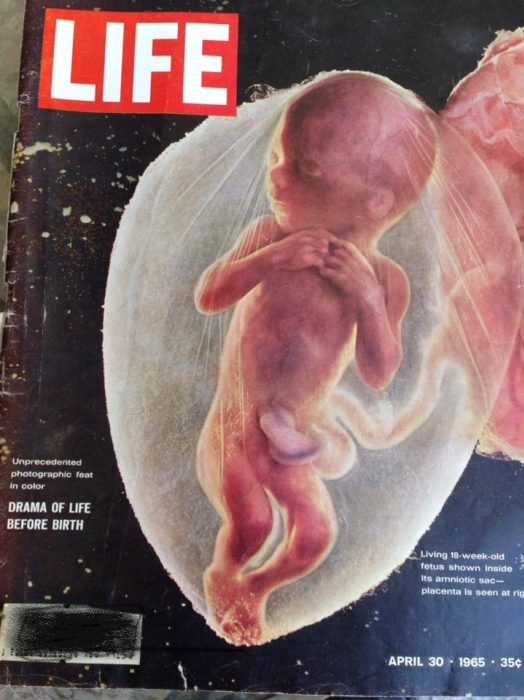 Nilsson set out to photograph living preborn children inside the womb, but was only able to get one photo before realizing it would be impossible to take an image of the entire child with an endoscope camera. He switched his approach, photographing babies who had been lost to miscarriages and abortions. He gained access to these babies through Professor Axel Ingelman-Sundberg, the head of the women’s clinic at Sabbatsberg Hospital in Stockholm. If the hospital had a miscarried or aborted preborn child, Nilsson was contacted and arrived as quickly as possible to photograph the child. He took hundreds of photos between 1958 and 1965, according to The Guardian, in a studio he set up at the hospital. There, he would place the babies in an aquarium-type atmosphere, making them appear as if they were still floating safely in their mothers’ wombs.

This little boy, and the other preborn children featured in the issue, mesmerized many people. Ultrasounds were new technology and not yet a common practice in any hospital. The process of human development in the womb was largely a mystery until Nilsson’s photography. Life moves quickly inside the womb, and even at the earliest stages, human embryos and human fetuses look like the tiny human beings that they are — not clumps of tissue. 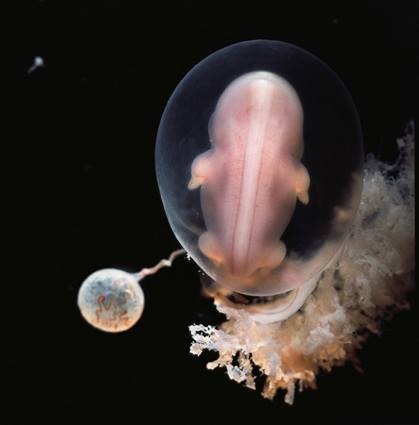 The images captured fertilization, and Life informed readers of the brain, heart, eyes, and limbs that are present in the first month of pregnancy. It showed the change from embryonic stage to fetal stage and highlighted tiny feet and toes clearly visible at eight weeks. At 11 weeks, said Life, “All of the Body Systems [are] Formed and at Work.” Readers could see bones and veins, tiny fingernails and noses. One baby could be seen sucking his thumb at 18 weeks, and another at 28 weeks had the umbilical cord wrapped around his neck.

But then the pro-abortion movement began, ignited and fueled by pro-abortion men who pushed it upon the women’s equality movement. Nilsson’s photographs of preborn human beings were clear evidence that abortion ends human lives, so when abortion became legal in the United States, the pro-life movement used Nilsson’s photos to prove their humanity.

Nilsson, however, saw his photos being used for the pro-life movement in the 1980s in London and was apparently shocked, according to his stepdaughter Anne Fjellström. She told The Guardian that he refused to allow them to be published anywhere again.

“Lennart wasn’t a political person,” she said. “I get emails every week. But we remain neutral. The material was not made for that purpose and that must be respected.”

But in 2017, at the age of 94, Nilsson decided to arrange the photos into a black and white series for museums and public collections. In Paris, they were well-received.

“Nilsson wanted to make the invisible visible – and show us the astonishing journey we all make, one that unites all humans,” said Jan Stene of Stene Projects, a gallery in Stockholm. “He wanted to give us an opportunity to look inside ourselves, to discover pictures that define us as humankind.”

The Guardian claims that these images — so vital to Nilsson’s attempt to unite us — were “hijacked by the fledgling anti-abortion movement.” The truth is that no one had to hijack Nilsson’s photos to prove there is life before birth. The images, seen around the world, speak for themselves.

Interestingly enough, The Guardian did not say the same about the use of a photo of a little Syrian boy’s body washed ashore after his family tried to escape violence. The Guardian instead said the heartbreaking photo showed the “tragic plight of refugees.” The photo went viral with the hashtag #KiyiyaVuranInsanlik, meaning #HumanityWashedAshore. The Guardian did not claim the boy’s photo was “hijacked by the pro-immigration movement” when it was shared. 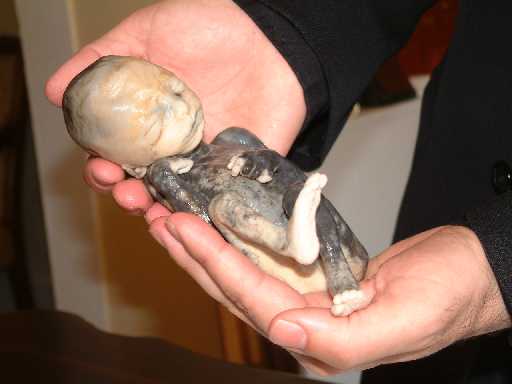 This baby was aborted by the saline abortion method. Photo provided by Priests For Life

Whether he meant them to or not, Nilsson’s photos reveal the hollowness of the pro-abortion movement in its denial of rights for those who are clearly human. To deny that preborn children are human beings is to deny science.