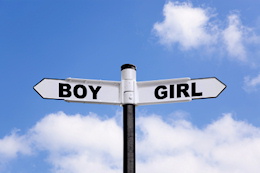 In his recent article, “The War Against Girls”, in The Wall Street Journal, Jonathan Last reviews Mara Hvistendahl’s Unnatural Selection: Choosing Boys Over Girls, and the Consequences of a World Full of Men. Ms. Hvistendahl’s book looks into the international gender imbalance driven primarily by “sex-selective abortions,” procedures prevalent in many Asian (and other developing) countries.

In nature, 105 boys are born for every 100 girls. This ratio is biologically ironclad. Between 104 and 106 is the normal range, and that’s as far as the natural window goes. Any other number is the result of unnatural events.

Yet today in India there are 112 boys born for every 100 girls. In China, the number is 121—though plenty of Chinese towns are over the 150 mark. China’s and India’s populations are mammoth enough that their outlying sex ratios have skewed the global average to a biologically impossible 107. But the imbalance is not only in Asia. Azerbaijan stands at 115, Georgia at 118 and Armenia at 120.

What is causing the skewed ratio: abortion. If the male number in the sex ratio is above 106, it means that couples are having abortions when they find out the mother is carrying a girl. By Ms. Hvistendahl’s counting, there have been so many sex-selective abortions in the past three decades that 163 million girls, who by biological averages should have been born, are missing from the world. Moral horror aside, this is likely to be of very large consequence.

Ms. Hvistendahl then proceeds to discuss the promotion and applause that these deplorable “sex-selective abortions” are receiving from Western organizations like Planned Parenthood.

Ms. Hvistendahl also dredges up plenty of unpleasant documents from Western actors like the Ford Foundation, the United Nations and Planned Parenthood, showing how they pushed sex-selective abortion as a means of controlling population growth. In 1976, for instance, the medical director of the International Planned Parenthood Federation, Malcom Potts, wrote that, when it came to developing nations, abortion was even better than birth control: “Early abortion is safe, effective, cheap and potentially the easiest method to administer.”

The following year another Planned Parenthood official celebrated China’s coercive methods of family planning, noting that “persuasion and motivation [are] very effective in a society in which social sanctions can be applied against those who fail to cooperate in the construction of the socialist state.” As early as 1969, the Population Council’s Sheldon Segal was publicly proclaiming the benefits of sex-selective abortion as a means of combating the “population bomb” in the East. Overall Ms. Hvistendahl paints a detailed picture of Western Malthusians pushing a set of terrible policy prescriptions in an effort to road-test solutions to a problem that never actually manifested itself.