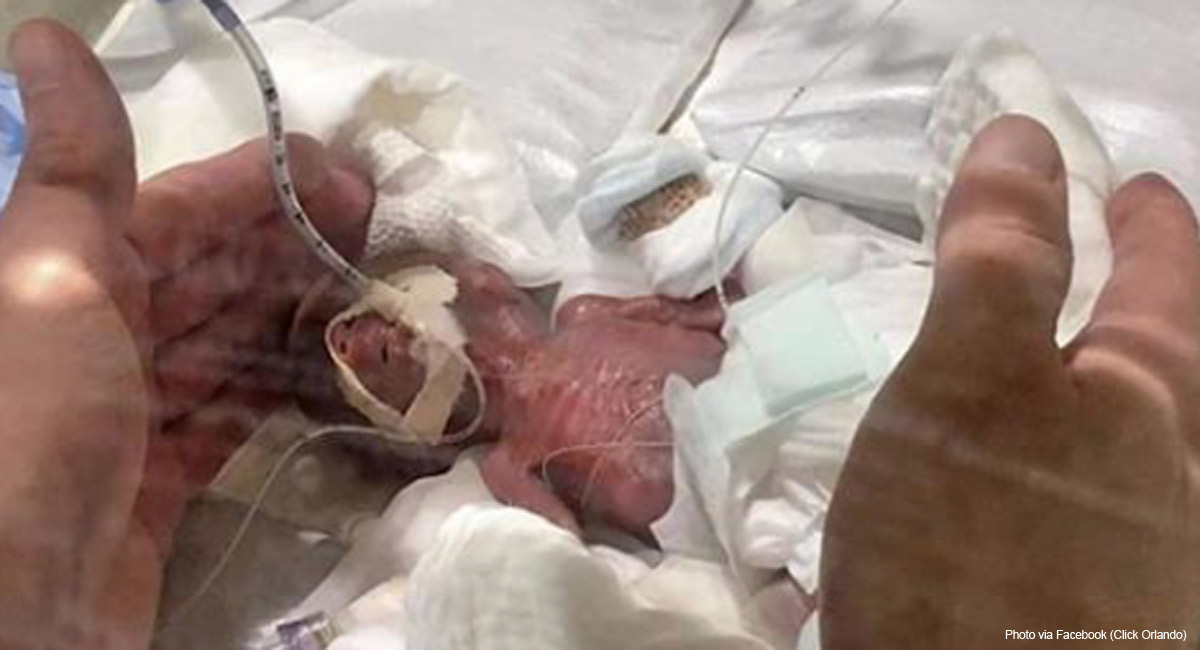 A baby born in Tokyo weighing less than 10 ounces is believed to be the smallest newborn boy to ever survive. He was born at 24 weeks gestation after he stopped growing in the womb. At the time of his birth, he weighed just 268 grams.

Keio University Hospital, where he was born, told BBC News he was discharged from the hospital in good health five months after he was born via emergency C-section, weighing over seven pounds and doing well.

“I can only say I’m happy that he has grown this big because honestly, I wasn’t sure he could survive,” his mother said.

Doctor Takeshi Arimitsu, who treated the baby boy, said he is the smallest infant born on record to be discharged in good health. According to the hospital the survival rate of babies born weighing less than a 1,000 grams is about 90 percent in Japan, but for those born under 300 grams, the survival rate drops to about 50 percent.

About 200 babies have been born and survived weighing less than 400 grams, according to The University of Iowa’s Tiniest Baby Registry. That includes little Emilia Grabarczyk of Germany, who was born weighing just eight ounces because the placenta was not providing her with enough nutrition.

READ: Meet babies born at 24 weeks, the same age Planned Parenthood is willing to kill them

Despite the fact that babies born so young and tiny can and do survive and go on to do well, pro-abortion groups fight for the right to kill them via late-term abortion. Roe v. Wade allows for abortion through all nine months of pregnancy and Doe v. Bolton, which was Roe’s companion decision, ensured that the mother’s reason for abortion could be anything that the doctor determined as “health,” including financial health and familial health.

If these viable babies happen to survive the abortion attempt on their lives, pro-abortion politicians in the United States don’t believe they are worthy of receiving medical care. The U.S. Senate just failed to pass a bill to require doctors to help newborns like this baby boy and Emilia.

Arimitsu told the BBC that he wants everyone to understand that “there is a possibility that babies will be able to leave the hospital in good health, even though they are born small.”