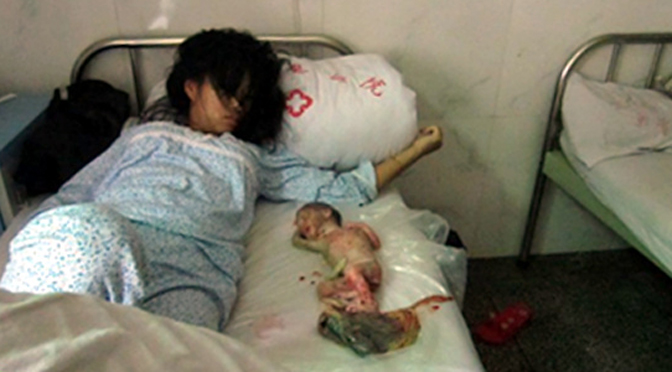 China announced last Thursday that the country is ending its 35-year-old One Child Policy. The policy restricted urban couples to having only one child and rural couples to no more than two. However, this isn’t the first time headlines have proclaimed the end of the strictly enforced policy, and the facts demonstrate this newest change will not end the outrageous human rights violations plaguing China.

Under the updated policy, the Chinese government says it will allow all married urban couples to apply for a second birth permit after having one child. As with the 2013 revision to the One Child Policy – which allowed couples where one member was an only child the privilege of having a second child – couples will have to go through the steps of applying for a birth permit. In addition, couples will likely still have to overcome restrictions such as being the correct age, from a certain type of family, and living in a particular location before being able to obtain a birth permit.

Freedom House reports that the process of obtaining the permit is arduous. Couples must get official stamps of approval from a variety of people, including their work supervisors. Neighbors and coworkers are encouraged to report any couples who have more than the approved number of children, and incentives such as work bonuses are on the line if anyone within a company is found to have violated the policy. Couples who do violate the policy are at risk of hefty fines, job loss, and forced abortion as well as sterilization.

None of this will end with the latest reboot of the policy. “China’s change to the One Child Policy is not enough,” said Matthew Li, founder of China Life Alliance. “Couples who have two children could still be subjected to coercive and intrusive forms of contraception and forced abortions – which amount to torture. […] Today there will be hundreds of women crying in China because they are required to abort against their will. After the One Child Policy is changed to the announced ‘Two Child Policy’ there will still be hundreds of women crying each day.”

Women’s Rights without Frontiers – an organization which works to end forced abortion – agrees, saying there is no guarantee that the Chinese Communist Party will end the “appalling methods of enforcement” of their One Child Policy. In a statement, the organization wrote:

Regardless of the number of children allowed, women who get pregnant without permission will still be dragged out of their homes, strapped down to tables, and forced to abort babies… And the forced abortions are indeed continuing – even with second children – as China is insisting that the new policy has not yet taken effect, and will not matter until March.  According to the BBC:

On Friday, a local official was quoted as saying that women pregnant with a second child would no longer be punished, suggesting that the new policy was already effective.

However, on Sunday, the National Health and Family Planning Commission said that local officials should continue to implement existing family planning laws until the two-child policy was ratified by lawmakers in March. …

Until the new law was adopted, local officials “must seriously enforce existing policies” and “must not act of their own accord”, the statement added.

The real problem with the One Child Policy, says Women’s Rights without Frontiers, was not that Chinese couples were restricted to one child, but that they were restricted at all. Limiting couples to two children is still in violation of a couple’s human rights, and using methods such as forced sterilization and forced abortion to ensure couples follow the policy further violates those rights.

“No human should be told how many children they have,” said Li, who is calling for China to end all family planning policies.

In addition to the horrific and common occurrences of forced abortion, sterilization, and contraception, China’s One Child Policy has led to further tragic consequences, including the gendercide of millions of females.

The ratio of women to men has become so skewed in China that in some areas of the country, there are just 100 girls born for every 190 boys. Gendercide has left 37 million Chinese men without women to marry. This tragedy has led to an increase in sex trafficking and sex slavery in China as well as its neighboring countries. The new Two Child Policy will do nothing to end this, as many couples will still abort any preborn girls until they become pregnant with a boy. Baby hatches are one way some in China are trying to save lives.

Despite the horrific consequences suffered by the people of China, their government has made no mention of human rights as a reason for implementing the policy change. Instead, the stated goals are to overcome the looming labor shortage created by the One Child Policy, and to deal with the growing population of aging adults.

China’s population control has caused a decline in the country’s working age population which, according to The Washington Post, dropped 3.71 million in 2014 after slightly declining in 2013 and 2012 as well, due to a consistently shrinking labor force. In the last two decades, the birth rate has nearly been cut in half. The consequences of one and two child policies: the death of children and much more.

“Starting in two or three years, you’re going to see another substantial, precipitous drop in young labor entering the labor market,” Wang Feng, an expert on Chinese demographics told the Financial Times. He believes China “for decades to come will have to live with the aftermath of this costly policy.”

The conversion to the Two Child Policy may be too little too late for China. Just as it won’t end forced abortions or sterilizations, it won’t end gendercide either. And their economy likely won’t feel the effect of more born children for decades.

The people of China will continue to suffer as long as any population control is in place. China Life Alliance is calling the Two Child Policy nothing more than a public relations stunt, warning that we should even be “hesitant to believe the announced changes until we learn more details.”