“The minute we laid eyes on this child, we didn’t once equate him to the rapist. He’s just as much a victim.” 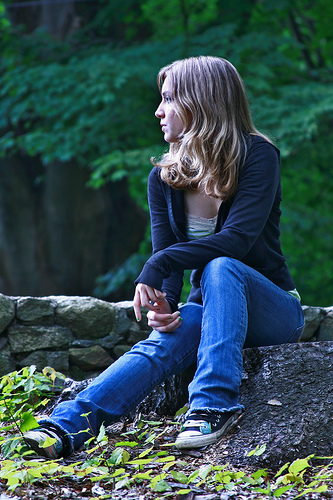 It was Christmastime 2010, and PJ* was just 14 years old when some friends introduced her to the man who would rape her. He was in the military and was home on Christmas leave in the next town over. PJ’s parents didn’t usually let her be around people they didn’t know, but they were a military family, too, and their oldest child had just finished her training in the Army. They trusted the man. But, in her parents’ basement, with several witnesses who would remain silent, PJ was raped.

Five months later, PJ discovered she was pregnant and finally told her parents what had happened. They were shocked. They were angry, and they felt guilty. Angela – PJ’s mom – considered taking PJ for an abortion. She explains:

I really thought I would take her to terminate the pregnancy. I was pro-life but with exceptions. I didn’t want to do that, but I was always told it was the thing to do in the case of forcible rape. My husband, however, said he couldn’t have anything to do with the death of a child. That it was still a human life. Everywhere we went, friends and religious people were very adamant that we should terminate.

Despite her trusted friends telling her that she should take her daughter for an abortion, Angela still wondered if it was the right thing to do. Then her husband reminded her of her own experience with abortion. Angela says:

In college, I got pregnant and I went to a health clinic. I was 24 weeks, and I had an abortion. My mother forced me to because she didn’t want to be embarrassed by my poor choices. We never spoke about it again. I have never gotten over it.

Angela didn’t want her daughter to suffer with the same regret. Thankfully, a friend called Angela and told her about another friend who runs a Birth Right. She advised Angela to bring PJ there before they went anywhere else.

Trisha [director of Birth Right] was the first person to say it was going to be okay. She was the first person who actually encouraged us to keep [the baby]. As a woman, even if you’re pro-life, you’re told there’s nothing worse you can do to a rape victim [than tell her to keep her baby]. I’ve been told by everyone, especially the media, that abortion is what you do. Trish gave us Rebecca Kiessling’s pamphlet. We prayed about it and it was the best thing we had ever done. After we left Birth Right, PJ cried – not because she was upset – but she said she felt relieved and like we were in a safe place. She said she knew Miss Trisha had her best interest at heart. When we heard [the baby’s] heartbeat, it was over for me. This child will be a gift from God. PJ spent a lot of quiet time reflecting. She had a wisdom I didn’t have. Her strength and wisdom is what got us through.

The family debated whether they should throw a baby shower for PJ until a close friend reminded them that no matter what, this baby was PJ’s first child and their first grandchild and that they needed to celebrate. That was a huge turning point for the family, which allowed them to come together in joy to celebrate PJ and her baby.

In 2011, PJ gave birth to her son, James, by emergency c-section. Angela says:

[PJ] was under and out for about two hours, but the first thing she did when she came out of it was ask for James, she cried and held him for the longest time. She literally just prayed over him, and loved him, and told him home much she loved him.

PJ’s family moved forward with pressing charges against her rapist – aggravated sexual assault and carnal knowledge, the Army’s version of statutory rape. And they made two shocking discoveries.

First, there were no laws to protect women and their children conceived in rape from the rapist. Second, the rapist had been accused of sexually assaulting another solider. The solider would later recant his accusation, and the family is still not sure why, but Angela and her husband Doug feel it was because the soldier was a male and there is a stigma with male-on-male assault in the military. In addition, when the investigation started for the rape allegations, the rapist was already in the process of being discharged for illegal drug use.

In response to the fact that rapists had rights to their children conceived in rape, Angela and Doug worked with Representative Jay Barnes on SB 628 in order to strip rapists of any parental rights. SB 628 was passed on August 28, 2012.

Then, in December of 2012, PJ’s rapist was acquitted of rape. He was, however, convicted of a federal drug charge for felony cocaine use. He recently tried to overturn his drug conviction through a process called clemency, in which a soldier can request his conviction be overturned by the base commander, in order to have a better chance of getting some custody of James. His attempt failed.

On May 2, 2013 Angela received a call that the family had waited for since December 2012. The commander of Fort Lee confirmed the federal felony conviction for cocaine. But the rapist could still move forward in seeking custody.

‘You must have a conviction of forcible rape [to have parental rights terminated]. Since he wasn’t convicted the law doesn’t apply,’ says Angela. ‘Under our law we could go to court again for a judge to decide if it was rape and if so, his parental rights could then be terminated. He wouldn’t go to jail, but it would help us in the custody fight. He’s never been in contact, seen [James], or paid any child support. The nightmare we are facing is worse than anything I can ever dream. I have failed [PJ] twice now. The first time when she was raped. The second when I told her just go in that court room and tell the truth and he would go to jail. I cannot fail her again. She has lost so much during all of this, and she has handled it all with grace. I pray each day I do not have to face her and tell her I have failed her again.’

Today, PJ focuses all of her energy on James and her education. Angela says that PJ attends mommy class at Birth Right once a week with James, as well as a women’s Bible study. Her goal is to start college in the fall for nursing or psychology so she can work with women and girls. Every day she prays with James and reminds him that he has always been wanted and loved.

As for her now-18-month-old grandson, Angela says:

The minute we laid eyes on this child, we didn’t once equate him to the rapist. He’s just as much a victim. He has healed our family in ways we can’t explain. He is the most amazing gift from God. I don’t even know how to put it in words.

For more information and support on conception from rape, visit Angela’s website, HopeAfterRapeConception.org.

*Names have been changed.