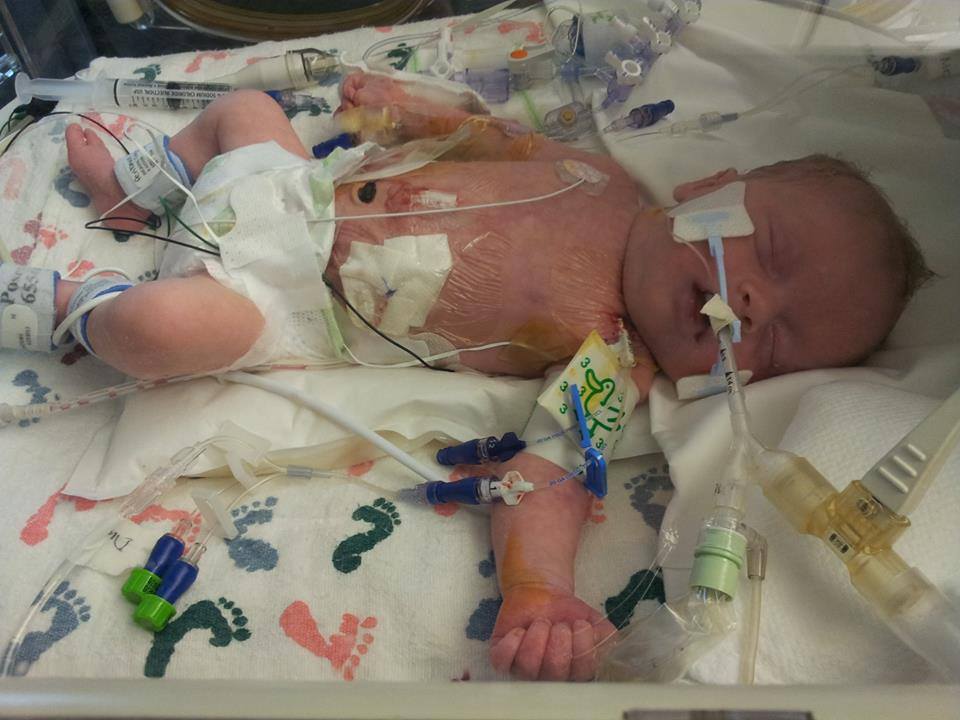 Like all first time moms, Danielle Orris was a bit nervous when she first discovered she was pregnant, but once she made the announcement to her family, she was nothing but excited. She made it through weeks of nausea, stocking up on baby items in eager anticipation, and at her 20-week ultrasound, she and fiancé Brenden DeJong learned they would be having a son.

The doctor scheduled a follow up appointment for three weeks later. That appointment would change her life drastically.

“We went to our appointment that day and met with a specialist who told us they could not find our baby’s bladder or kidneys,” Orris said. “We were devastated, and even though we didn’t really know what it meant, we knew it couldn’t have been good.” Orris’ doctor told her that her son would likely die in the womb, if not shortly after birth. Then the doctor suggested an abortion.

The next 10 weeks were emotional as Orris was on bed rest, wondering what would happen to her son. At 33 weeks gestation, she started to go into labor. She was admitted to the hospital where they spent the next few days trying to keep the baby from being born too soon.

“People were coming in and out of our room, telling us what would happen if Easton didn’t come out alive,” Orris said. “It was horrible and too much for me.” On June 23, 2013, baby Easton was born via emergency C-section, and Orris was relieved that her baby was alive, knowing that Easton was a fighter. He spent six weeks in the Neonatal Intensive Care Unit before doctors said they could take Easton home.

Orris was nervous as Easton’s doctors gave them specific instructions on caring for him. In addition to ensuring he ate every three hours, Easton needed to be given certain medications every four hours, even through the night.

Every Friday, Easton would need to have lab work done, and a nurse would visit him weekly. He had an ostomy bag to take care of, as well. It was an exhausting schedule, but Orris says it was all worth it, and they felt very blessed just to have Easton home. Easton resting at the hospital.

Easton is now nearly 20 months old and has had 15 surgeries, including multiple peritoneal dialysis catheters, multiple hemo dialysis catheters, ostomy, ileostomy, urostomy, hernia repair, a G-tube, a Nissen Fundoplication, and surgery for a tethered spinal cord. He has also had multiple trips to the hospital. According to Orris, Easton is not only strong, but a very silly little guy, too.

“Easton’s personality is so funny,” she said. “I seriously have never met a funnier baby. […] He is very sweet, as well! He loves to make you laugh and loves to laugh along with you. We always have so much fun together! Then there’s the naughty toddler Easton and he knows what to do to get his way!” A smiling Easton visits the doctor.

Twice a week, Easton heads to Nebraska Medicine for dialysis. In addition, he has physical therapy once a week, and continues to receive medications each morning and evening. He is fed through his G-tube four times a day and continuously through the night.

This year, he is doing so well that he has spent more time at home than in the hospital. Once he has a kidney transplant, Easton will no longer need dialysis and doctors say it will stay that way for 15 years. That’s amazing news for a mom who was told her son wasn’t likely to survive birth.

“It is very stressful sometimes, but it is the more rewarding thing in my life,” Orris said. “Easton is a big miracle and has touched so many people’s hearts.”