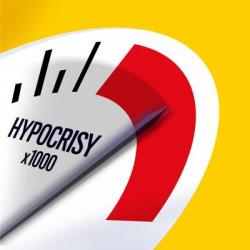 Nothing makes pro-aborts happier than exploiting badly phrased statements from their enemies, and this week they found a new comment to freak out about in a Facebook post by Virginia Republican state Senator Steve Martin.

Most of the post is actually quite good, responding to a vile “Valentine” from the Virginia Pro-Choice Coalition that, as Martin points out, hides the murder of our young under euphemisms about “raising healthy children” and “access to healthcare.”

But one ill-chosen word was enough to make the media reaction all about him rather than VPCC’s sick priorities:

You can count on me to never get in the way of you “preventing” an unintentional pregnancy.” I’m not actually sure what that means, because if it’s “unintentional” you must have been trying to prevent it. And, I don’t expect to be in the room or will I do anything to prevent you from obtaining a contraceptive. However, once a child does exist in your womb, I’m not going to assume a right to kill it just because the child’s host (some refer to them as mothers) doesn’t want it to remain alive. [Emphasis added.]

Martin has since changed “child’s host” to “bearer of the child,” but that was more than enough for the professional liars and prenatal execution enthusiasts to go to work:

In truth, the substance of the matter is nothing of the kind. Martin explained to Politico:

From the beginning was playing their argument back to them. You’ll even notice the parenthetical statement that some call them mothers because I consider them mothers not hosts, so that’s not my argument that’s their argument. If you’re going to say that it’s my body, and if it’s in my body for a period of time, I can treat it how I want, then you’re the one arguing that you’re just a host.

Since they took that out of context, I said alright, I’ve already made it pretty clear since I said calling them mothers, I changed it to bearer of the children. But I’d be happy to change it back. I think that the way in which they turned that and somehow used this as both a Valentine’s card issue and then to turn around say that I’m calling mothers and children who bear children hosts I think is a bit of twisting of the facts.

He’s absolutely right: abortion’s defenders are the ones regularly calling the innocent, living human babies in the womb “parasites,” which sounds to me a heck of a lot more dehumanizing than “host,” and they clearly don’t think creating a new son or daughter inside yourself necessarily makes you a mother (in fact, our old adversary Robin Marty reacted to the story by arguing exactly that). And what’s technically the proper term for the organism in which a parasite resides? You guessed it – “host”!

Considering the high esteem in which they (pretend to) hold science, pro-aborts should know that human beings can be hosts to parasites, so logically the term can’t be dehumanizing – especially as long as they continue to tolerate their own members using the “parasite” analogy. And considering their tendency to freak out about “medically accurate terminology” if you call the unborn anything more affectionate than “zygote,” “embryo,” or “fetus,” they really have no standing to object to Martin’s phrasing. The glossary-police shtick cuts both ways.

Semantics aside, Senator Martin is completely correct on the merits. Unfortunately, having truth and reason on your side isn’t enough with a media playing field so skewed against us and unethical, insincere opponents who have abandoned all pretense of good faith and are willing to use a single word as an excuse to assassinate your character if you don’t spell out exactly what you do and don’t mean.

It’s an outrage that pro-life politicians have to jump through such hoops for the simple courtesy of (maybe) not being defamed, but that’s the world we live in. Step One of taking it back: anticipate the enemy’s favorite smears. Step Two: fortify your language in advance to not only pre-empt them, but turn the tables. Step Three: repeat as often and as aggressively as needed to make them take responsibility for every implication of their own rhetoric.