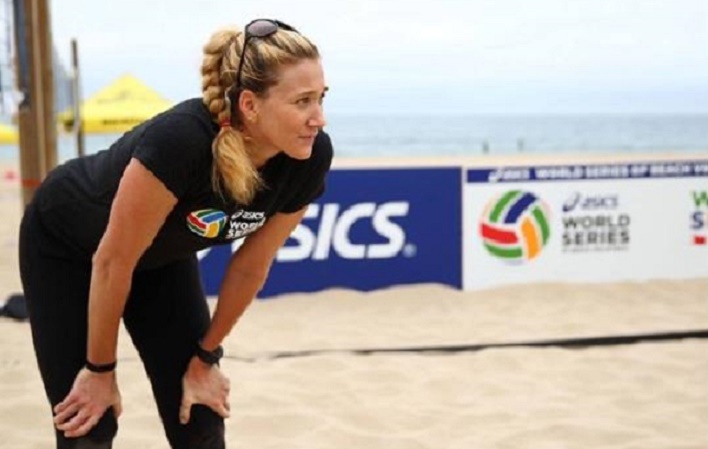 The Summer Olympics are currently in full swing, with the entire world watching as the best athletes compete in Rio de Janeiro. One of those athletes is beach volleyball superstar Kerri Walsh Jennings, who has won three Olympic gold medals, and also has three children. In a recent interview, she talked about her family, and how they’ve helped her to reach even farther to accomplish her goals.

“My priorities are my faith, my family, and my career,” she said to NBC’s Joe Fryer. “I want to win a fourth gold medal, I would love to have a fourth baby.”

In 2012, Walsh Jennings was married to fellow beach volleyball player Casey Jennings. They had two children prior to 2012: Joey, born in 2009, and Sundance, born in 2010. And when she traveled to compete in the London games in 2012, she was five weeks pregnant with her third baby. She credits her children with that third gold medal.

“She knows she’s golden,” she said about her daughter, Scout. “I don’t know if she knows how big of a part she played in that. My boys certainly do.”

She continued on to say that it was her family that gave her the drive to keep playing, saying that before having children, it all felt “trivial”.

“I’d been playing for so long, and I was like I need balance. All my eggs are in this one basket and it’s very self-centered and self-focused,” she explained. “They gave me that perspective and balance I thought I was missing. It took my game and my desire and my passion for life to the next level. I am hugely indebted to my children.”

But what would she be doing if she wasn’t a professional volleyball player?

“I would be a mommy,” she answered. “My children have taught me so much. I want to be better because I’m their mommy,” she continued. “I want to be their best role model and I want to represent my country well in Rio. Whatever I’m doing, I want to be great.”

For Walsh Jennings, though, she was made to do both. She told NBC:

“I feel like I was born to have babies and play volleyball.”

While most people cheered on her outlook, finding it inspirational, others were offended instead.

@cameronesposito Did you just see the piece about Kerri Walsh Jennings? “I was born to have babies…” What is @nbc doing to us?!

@nbc And now a package about Kerri Walsh Jennings: “I was born to have babies.” Is Donald Trump running the network now? Get it together.

Mary Elizabeth Williams at Salon complained about news stories featuring Olympian moms having it all:

And I could do without upbeat stories on what great moms some Olympians are, like the ones that say, ‘Balancing family with demanding careers is a constant struggle for many women, but you need look no further than the U.S. Olympic team for proof that you can excel at both.’ Because I don’t see a whole lot out there about how new dad Michael Phelps manages to have it all.

This isn’t the first time that pro-abortion feminists have complained when successful women have spoken positively about motherhood and pregnancy. Actress Natalie Portman and singer Adele were both the subject of feminist ire after speaking openly about how being a mother was the most important thing in their lives. The problem is that these abortion activists are much more concerned with furthering abortion than they are building women up. They frequently argue that women need abortion to be successful as if becoming a mother prevents women from following their dreams. Kerri Walsh Jennings is another inspirational example showing that having children does not hold women back.