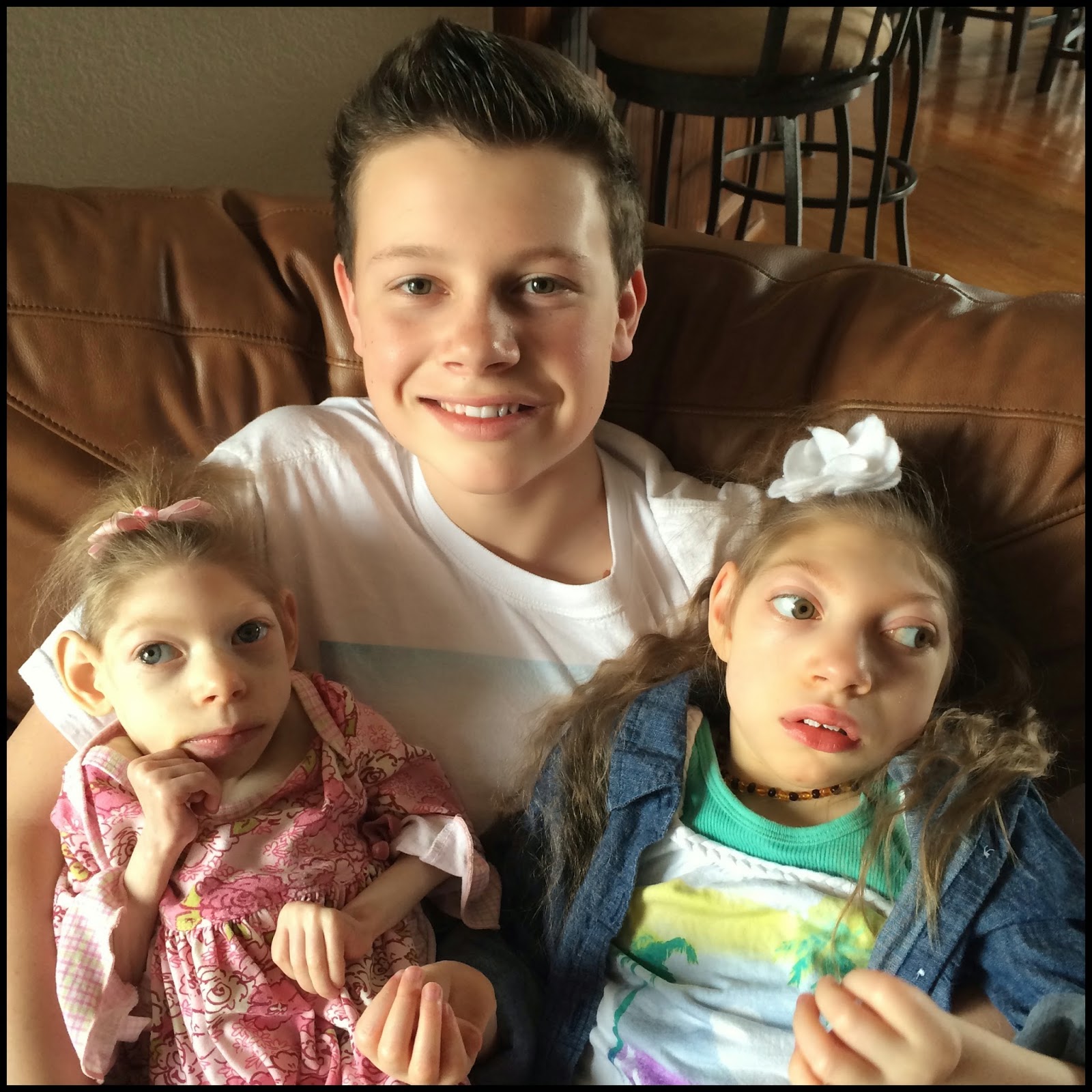 Two sisters recently made their local Eyewitness News 12 as the biggest fans of their brother’s high school basketball team, or perhaps it’s the opposite. The sisters, Claire and Lola Hartley, both have microcephaly, a condition in which the brain doesn’t grow properly leading to developmental issues. But to their brother, Cal Hartley, and his teammates, the girls are just a part of the team.

At each game, when the announcer calls out the players, each one of them give the girls a fist bump. That support has meant the world to the family.

“I’m so lucky that they’re my sisters,” Cal Hartley told Eyewitness News. “I’ve been a different person ever since growing up with them. It’s made me a better person, and I’m just lucky to have them.” Gwen and Scott Hartley know that their daughters are different. They know that they have unique needs from other children. That can often lead to stares from strangers and rude remarks, so the love the girls are getting from the basketball team is extra meaningful.

When Claire Hartley, 12, was born, doctors diagnosed her with microcephaly. Soon after, she was diagnosed with other conditions, including Spactic Quadriplegia Cerebral Palsy, epilepsy, dwarfism, scoliosis and Cortical Visual Impairment. They were told she might not live to see her first birthday.

The couple was devastated, but years went by, and their daughter is still living and even thriving in her physical therapy.

On their blog “The Hartley Hooligans,” Gwen Hartley wrote this:

“We have chosen not to focus so much on all that is ‘WRONG’ with our child, but instead, we cherish all that our ‘Mimi’ brings to our lives.  Her ‘issues’ are normal to us, and we choose to not view them as negatives but instead as just a tiny part of who Claire is.  She is an amazing little girl — stronger than anyone we’ve ever known! — and SO MUCH MORE than just the sum of all her diagnoses.”

Doctors told the Hartleys that though they don’t know the exact causes of microcephaly, they do know it is autosomal recessive, which would give any child they conceived a 25 percent chance of having the condition. To the Hartleys, the risk was worth it.

“We never expected to hear that Lola was affected, but at our 22-week sonogram, her head measurements showed considerable lag, and microcephaly was confirmed a month later,” Gwen Hartley wrote on the blog.

“Obviously this was a huge shock to us, as we felt confident that it would not happen again (we knew we had a 75 percent or greater chance that all would be OK) and all measurements were on track until that point. After Lola Hartley was born, her mother cried for a few days, but it was Cal Hartley, then age seven, who put things into perspective. He told his mother:

“We hear the comments, questions and remarks,” wrote Gwen Hartley, “and we see the stares, elbow nudging, and sheer surprise — and none of this matters to us, because WE LOVE OUR LIFE.

“We love our three children, feel blessed by each unique child, and wouldn’t change one thing about our life or what we’ve been through. We only wish everyone could feel what WE feel on a daily basis.”