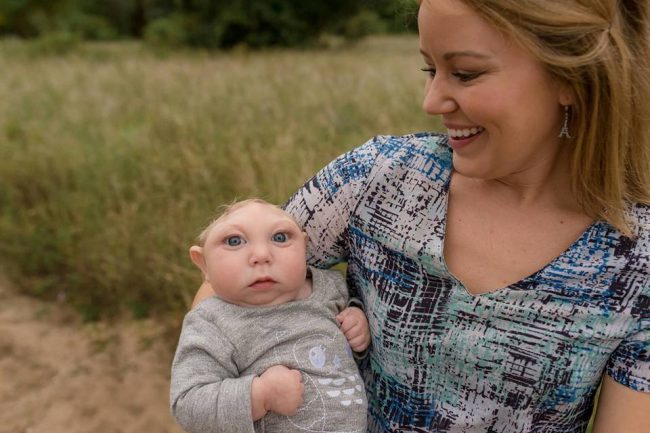 It’s been two years since Brittany and Brandon Buell were told that their preborn son, Jaxon, would not live and that they should consider aborting him.

Jaxon had a then undiagnosed condition, but doctors were concerned about the size and shape of his head. However, his parents refused to abort him and did not give up on their son.

“I was irritated,” says Brittany Buell. “It made me mad because they were so quick to offer [termination] without even knowing for sure what his diagnosis was. They gave up. We ran all the tests we could. We were 23 weeks along at that point and they told us we had one week left in Florida to terminate.”

After Jaxon was born, doctors asked the Buells to sign a Do Not Resuscitate form, but the couple refused. They were determined to help their son, and for the next two years, they watched him prove countless doctors wrong. At first, Jaxon was diagnosed with lissencephaly, a rare neurological disorder in which the brain doesn’t have the shapes, folds, and curves that it should. But Jaxon’s symptoms didn’t truly fit that condition.

After a seemingly endless stream of doctor and specialist visits, the family from Florida found their way to Boston Children’s Hospital, where Jaxon received the diagnosis of microhydranencepahly, which includes symptoms of developmental delay, smaller head size, and scalp rugae.

“Year one had a lot of hospitalizations and cluelessness,” said Brandon Buell. “After his first birthday we started getting some answers. Year two, he has come into his own and has been on a routine. He still has struggles with throwing up and having seizures, but he is comfortable, happy, and progressing.”

Jaxon has advanced beyond every prognosis doctors gave him. Despite being told he would be blind and deaf, tests have shown he can hear and see with the help of a little blue pair of glasses. In February he began working on using a pacifier to develop and strengthen his muscles so he can one day begin eating and hopefully stop using a feeding tube.

Jaxon also works hard on occupational therapy and physical therapy. His father says he is a happy child who smiles and laughs a lot. He can crawl across the living room when he has his parents’ hands to push his feet off of, and he’s even said a few words.

“He is still very alert,” said Brandon Buell. “He makes eye contact, and always had so much expression. He is still working on saying words. ‘Mama,’ ‘dada,’ ‘hey,’ and ‘I love you’ – those are our favorites.”

The family is taking things one day at a time. Every day, they ensure that Jaxon is on the right medications and is receiving the therapies he needs to continue learning and progressing.

Doctors are also excited to see Jaxon and to work with him because of what they can learn from him. Jaxon’s condition is still uncharted territory, even for specialists.

After Jaxon’s story spread across social media, the Buells were approached to do a reality TV show. They refused because they want to ensure that Jaxon’s life and his story are shown in a positive light. Instead of a reality show, they have written a Christian-inspired book titled “Don’t Blink,” which will be released on September 6, 2016. Jaxon was also featured in the film “In the Land of Canaan,” which focused on the lives of children with special needs.

Brandon Buell has also become active in the pro-life movement, speaking at events to share Jaxon’s story and the value of every human life.

“It’s important because every single life has a value and a purpose,” said Brandon Buell. “Jaxon is showing that even against all odds, miracles can still happen. Even if it looks bleak, every life should be valued and celebrated, and every life has purpose.”

Our happy little guy still loves snuggles even though he is becoming a big boy! #JaxonStrong

Brandon Buell believes that human beings should not be discarded through abortion solely because they are different. He says no child should be denied the right to live.

In the next couple of years, Jaxon and his family will be working on crawling, sitting, and eventually walking. Jaxon will continue to participate in an anencephaly study with Duke that will help soon-to-be diagnosed children.

Through the foundation and their dedication to their son, the Buells are hoping to benefit children and families with the information doctors are learning from Jaxon, and they aim to inspire more people to choose life and love their children for who they are.