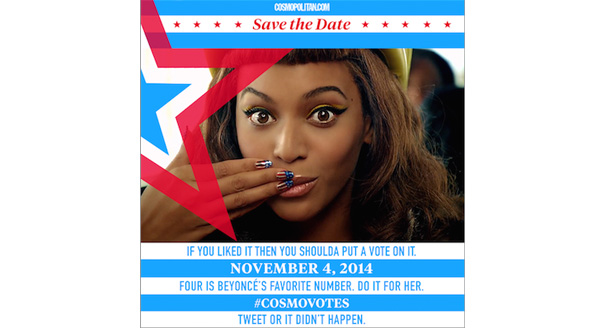 Cosmopolitan magazine is branching out. Instead of just encouraging promiscuity and cheering on abortion, the editors have launched the #CosmoVotes campaign. The magazine will endorse political candidates, encourage readers to vote and to share their votes on social media, and have hired a political writer to write about “women’s issues”. And while they claim to care about a number of political issues,  they are clear that the most important one is abortion.

Every week from Sept. 8 leading up to the November elections, Cosmopolitan.com editors will endorse from one to three candidates based upon an “established criteria agreed upon by Cosmo editors.”

“Obviously it’s important if we’re encouraging our readers to vote for them to get to know the candidates,” Odell said. “[W]e’re going to find a fun way to highlight candidates we’re excited about, so when our readers go to the polls they know who they should be looking to vote for.”

The Cosmo endorsement criteria fall squarely into the liberal camp — equal pay, pro-choice, pro-birth control coverage, anti-restrictive voter-ID laws. Asked how a candidate who might line up on certain issues like equal pay but is pro-life would fare, Odell said that would be a deal breaker.

“We’re not going to endorse someone who is pro-life because that’s not in our readers’ best interest,” Odell said. “[P]eople say that’s a liberal thing, but in our minds its not about liberal or conservative, it’s about women having rights, and particularly with health care because that is so important. All young women deserve affordable easy access to health care, and that might include terminating a pregnancy, and that’s OK.”

So if a female candidate supports all of their other pet causes, but thinks it isn’t acceptable to kill an unborn child, then Cosmo editors will refuse to endorse her. Because to Cosmo, some women are more equal than other women, right?

It’s actually rather insulting that a magazine that is supposed to cater to women has turned women into one-dimensional sex objects who care only about birth control and abortion, and pushes the idea that all women think — and vote — the same way. The reality is that half of all women consider themselves pro-life, and Cosmo has basically just spat in the face of those women and told them they don’t matter. Why is it acceptable to demand that women all walk in lockstep with what a few extremists believe? Cosmopolitan editors evidently believe that women can’t be trusted to make decisions for themselves. Rather than allowing open debate and different opinions from women, they want to shut up any woman that doesn’t think exactly the way that Cosmo editors want them to think.

Cosmo arrogantly assumes what women want most is abortion-on-demand and leaves no room for those with different opinions. What about the women who find other issues more pressing, like national defense, the economy, health care, etc.? Those women clearly don’t count in the pro-abortion extremist land of Cosmopolitan magazine.

Of course abortion groups like NARAL and Planned Parenthood have cheered on Cosmo’s decision to only back candidates that get behind abortion-on-demand. NARAL went so far as to launch an email campaign of thank you notes to Cosmo’s Editor-in-Chief Joanan Coles. Top US abortion provider Planned Parenthood showed their gratitude by bestowing Cosopolitan with their infamous Maggie Award which is named after eugenicist Margaret Sanger. 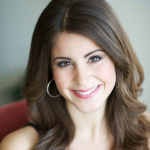 Pro-life women had much to say as well as Live Action President Lila Rose made it clear that Cosmo was making a big mistake:

America’s youth are becoming more pro-life with every passing year. The longer Cosmo clings to its abortion-centric mindset, the more it reveals itself as a fossilized throwback from the failed Sexual Revolution, recycling tired old falsehoods and warmed-over activism. By-the-numbers abortion-playbook endorsements won’t change that.