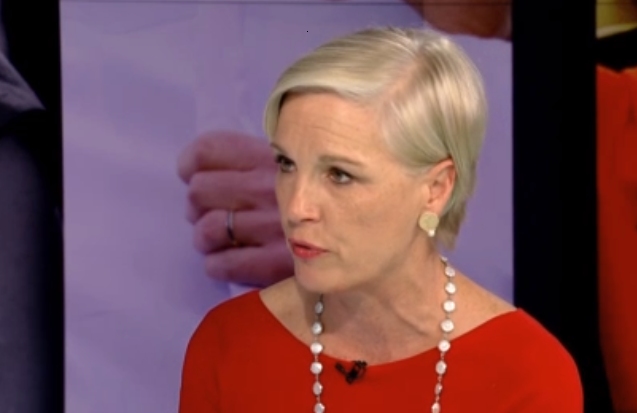 Planned Parenthood tries very hard to keep the truth about fetal development from women. They’ve been caught manipulating the facts and giving women false information about their pregnancy. It makes sense, though. Planned Parenthood is the country’s largest abortion provider. If women were to know the truth about the inherent humanity of the unborn, it would likely put a big dent in their business.

Cecile Richards, president of Planned Parenthood, recently did an interview with Fusion TV’s America with Jorge Ramos. Interestingly, Ramos asked Richards when she felt that life began. The exchange was awkward, to say the least.

Richards: This is a question that I think will be debated through the centuries, and people come down on very different points of view on that –

Ramos: But for you, what’s that point?

Richards: It’s, I mean, I feel like it’s not something that’s part of this conversation. I mean, to me, we work with women – I guess the way I’d really like to um – I think every woman has to make her own decision. What we do at Planned Parenthood is make sure that women have all their options for health care, and that they have the option to have a healthy pregnancy; they have an option to put a child up for adoption if they decide to carry a pregnancy to term; or they have the right to make a decision to terminate a pregnancy.

Ramos: But why would it be so controversial to say — for you to say when you think life starts?

Richards: Yeah. Well, I don’t know that it’s controversial. I don’t know that it’s really relevant to the conversation, but I mean, for me, I’m a mother of three children. Um, for me, life began when I delivered them. They’ve been probably the most important thing in my life ever since. But that was my own personal — that’s my own personal decision.

She certainly tried to dance her way out of answering that question, huh?

One interesting aspect of that conversation is how heavily Richards touted the “options” Planned Parenthood gives women. Planned Parenthood’s most recent annual report shows that they’re really only interested in one option, and that’s abortion. Prenatal care has decreased, as did the number of adoption referrals. They performed 149 abortions for every one adoption referral.

And much like pro-abortion MSNBC host Melissa Harris-Perry, Richards evidently feels that life begins whenever a person feels like it does. Science? Who needs science when you’ve got feelings instead?

And why would the science of embryology, pregnancy, and reproduction be irrelevant to the conversation? Of course it’s irrelevant for Richards, whose livelihood relies on women believing that life can begin at conception, or at 12 weeks, or 20 weeks, at birth, or whenever you feel like it does.

If science were to definitively say that life begins at conception (which it does), and Richards were to admit that, then she’s admitting that her business is one of snuffing out a life for pay. It makes her a glorified hit man in heels. The problem is that the science of embryology and reproduction has answered that question — life begins at conception — and the question is not over whether or not the baby is alive, but whether killing this life is acceptable.

Abortion advocates say no problem because he’s too small, because he depends on the mother to grow and thrive, because he lives within the mother’s body. They give plenty of excuses, but dance around the “question” of when life begins because it’s an ugly, ugly truth for them. Ignore the science. Focus on your feelings. Moral relativism is key. After all, what’s murder for one person is just taking care of a little problem for another.