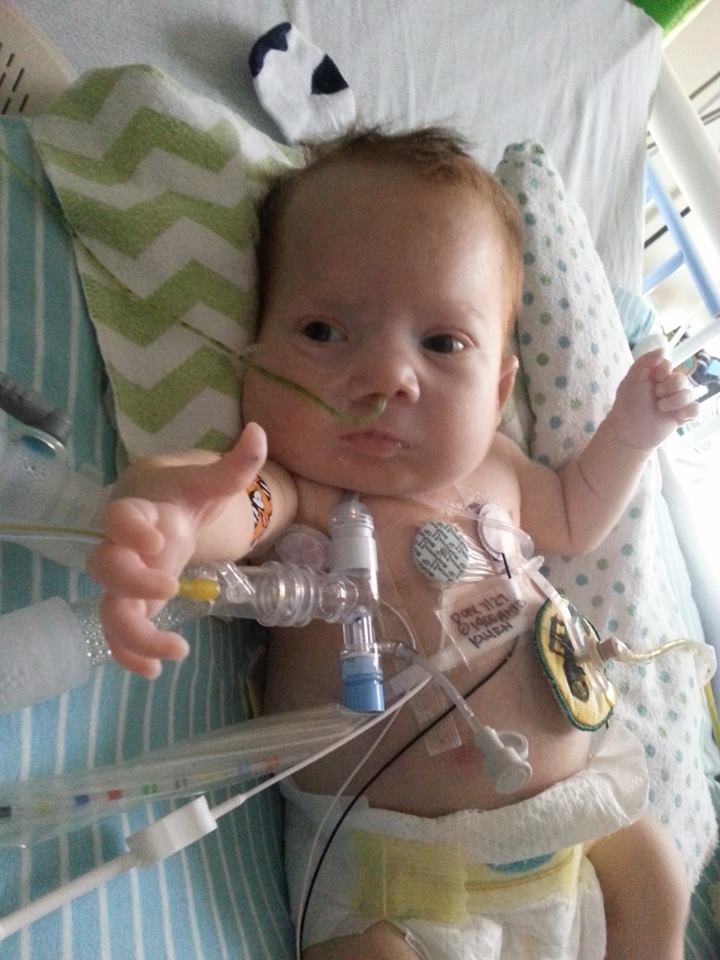 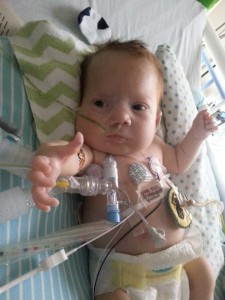 There was only a 1% chance that baby Corbin would be born breathing, but he and his parents fought for each breath he would take and in the process, created a new wave of hope and generosity among thousands of strangers.

Corbin arrived seven weeks ahead of schedule with little hope that he would live for even a moment. But he did. And when a few days went by and he was still fighting, Kara began celebrating Corbin’s life through Facebook with her page Prayers for Corbin.

Each day she would lovingly post a photo of Corbin with a handmade sign celebrating that day of his life and praising God including:

God has been working miracles for 19 days! God is good!

A persons a person no matter how small. Blessing this earth for 34 days!

My parents gave me the greatest gift anyone could give another person: They BELIEVE in me! 36 Days Old!

Each of those fans mourned his death. But each of them also celebrated his life, including his parents. Rather than sink into a depression, they showed their gratitude for each day that they were blessed to be with their precious son. Kara writes:

Corbin, today you were taken from my arms and went home to heaven at 7:04 am. It’s all still so surreal. Last night, between the laughter, memories, smiles, and tears I asked the nurse, “Are most families like this? Why are we not sad?” Her answer said it all, “You all are celebrating LIFE, you’re not mourning.” Oh how I loved to hear that. We weren’t mourning at all! Sure the thought of you not being here is unbearable but the thought of the life you’ve lived, means so much more! You spent the last two days surrounded by those that love you, you went outside and you even met your puppy dog Zeus! A million memories into two short days!

You were given a less than 1% chance to live, but you were born! You were told you’d survive hours, but you survived days. Your days became weeks and weeks turned to months. Now 135 days later, I sit here writing to you, so thankful for all that we were able to share with you. I am grateful for the days, the weeks, and the months; every single one! 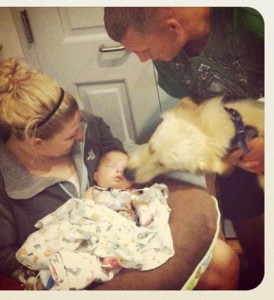 She promised Corbin that she would keep is memory alive by helping others. In keeping that promise, Kara created Team Corbin and is raising and donating money to help other children with Trisomy 13 including baby Colton, born just 16 days after Corbin, who is now home with his family. Corbin’s Fund donated $3,000 to the family to help with medical expenses. In addition, others have started paying it forward in honor of Corbin. On August 21, a woman posted a photo on Facebook. It said:

No idea who the lady was in front of me at Starbucks, all I know is she also drove a jeep. But she gave me a $10 gift card and this note. I don’t know who she was but I would really like to say thank you! Brought tears to my eyes, there are still nice people out there<3

The note the woman had received read, “Pay it forward! Team Corbin on Facebook. Make someone smile today”

And with that, and many other generous gestures, a little boy who lived only 135 days outside of the womb, whose parents had the choice of whether or not to kill him while he was inside the womb, is changing the world for the better.