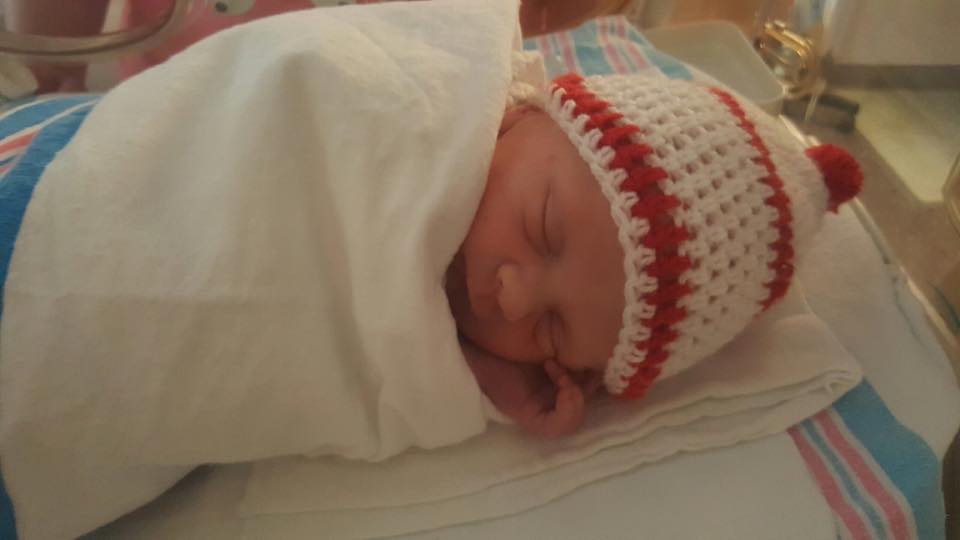 At about five months gestation, Nick Schnarr and his wife Brooklyn learned that their third child, a baby boy, had hydrocephalus, a condition in which brain fluid doesn’t properly drain, building up and putting pressure on the brain. Doctors said his case was “severe” and specialists at Cincinnati Children’s Hospital told the couple that their baby’s condition was “dire” and “off the charts bad.”

“It was so extreme, that the specialists stopped measuring and monitoring his brain’s fluid level because, at that point, it didn’t really matter,” Schnarr said on Facebook. “The MRI’s were sickening to look at. We were told, pointblank, that there was over a 90% chance that the baby would either die shortly after birth or have such severe cognitive impairments that any quality of life would be hard to imagine.”

Brooklyn Schnarr made the decision to move to a hotel in Cincinnati to be close to the hospital, while her husband stayed at home balancing work and caring for the couple’s two daughters Sophie and Lily. On July 8th, Brooklyn went into labor and as she was being wheeled in for a C-section, doctors spoke with the couple about life-saving measures for their son such as a breathing tube, and discussed how long they wanted to continue such treatments before letting the baby die. But, miraculously, that breathing tube would never be needed. “Guess what? .. the baby came out crying – which was the sweetest sound I have ever heard,” wrote Nick Schnarr.

Baby Charlie was born with only a mild ventricular enlargement, which Schnarr says can be monitored with checkups. He was in the infant intensive care unit for about nine days until being sent home with his family. There is no medical explanation for the boy’s recovery.

“The doctors said, ‘we do not have and cannot come up with a medical explanation for what we’ve witnessed here’. Somehow, his brain found a way to naturally ‘clear’ the blockage or re-route the fluid that was causing the oppressive ‘back-up’ of brain fluid,” wrote Schnarr. “During the last week, I heard the word ‘divine intervention’ and ‘miracle’ more times than I could count. Nurses with decades of experience, and esteemed, nationally admired doctors were flabbergasted but jubilant.” Schnarr has no doubt that the power of prayer led to the healing of his son. He says that between friends, family, clients, colleagues, and their friends and families, it is likely that thousands of people were praying for Baby Charlie.

“I’m a practical person that certainly believes in science and medical technology, but I absolutely know, from the bottom of my heart, that God was involved in this,” wrote Schnarr. “I give ALL the credit and glory to him. […] God is real, and he still performs miracles.”