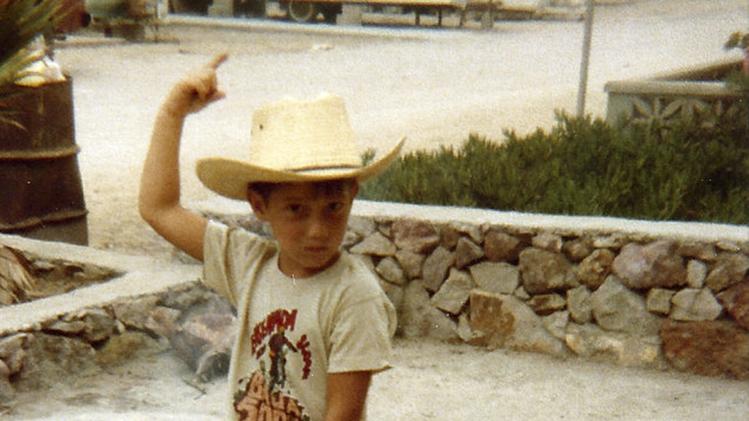 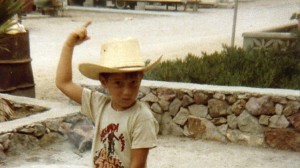 Five-year-old Mikey. photo given to Yahoo News from Paul Cortez.

For 31 years, Mikey Cortez lived in a coma-like state. At age seven, he was the victim of a drunk driver who stole the lives of his older brother and three other relatives. After doctors told his father Paul that his son might not live, he fell to his knees, took Mikey’s hand, and prayed.

In that prayer he made a promise to God and to Mikey: that if Mikey lived, no matter what condition he was in, that he and the rest of the family would be there for him and take care of him. And he kept that promise.

As told to Yahoo News writer John Rogers, Mikey was born Austin Miguel Cortez, the youngest of Paol and Ronnie Cortez’s four children. He was a goofy, happy boy who was full of energy and life. That all changed when the family headed down a rural road and a drunk driver hit them head-on. There weren’t any seat belts, and the family members were tossed out of the car. Mikey suffered severe brain damage.

He was in what’s known as a persistent vegetative state. People in this state can expect to live between three to five years. Living ten years or longer is extremely rare. But Mikey lived 31 years, until his death last month, a day before his 39th birthday.

Despite living in this state, Mikey’s life was celebrated and as full as possible. He sat on the sidelines of his sister’s and brother’s soccer games as his dad coached. He went to every one of his brother’s football and basketball games. He went to Disneyland. He would accompany his father to talks at high schools about the effects of drunk driving, including a trip to the Mothers Against Drunk Driving conference during which the family showed Mikey all the sites on a cross-country road trip. As his father told Yahoo News:

He was aware of things going on around him by his eye contact or gestures that he made. He felt pain and he could feel a tickle when we tickled him and he would smile at times.

His father also says that Mikey would perk up at the sound of his uncle’s voice as well as the voices of his nieces and nephews. 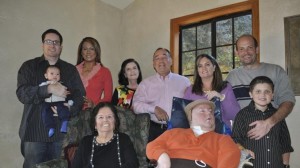 The Cortez family in 2010 – photo given to Yahoo new from Paul Cortez.

Because of his condition, Mikey could not care for himself, so his family did. Showering him, dressing him, and feeding him. And after he turned 38 and began to experience renal failure, his family refused to send him to live in a facility and learned to do dialysis themselves at home. Rogers writes:

When they got into this journey 31 years ago, his father said, the family ‘didn’t have a clue’ how they would fulfill their promise, but, yes, they would do it all again. It brought them closer together and it gave Mikey a life full of meaning.