On zombies and abortion: what our obsession with the undead means for the unborn - Live Action News 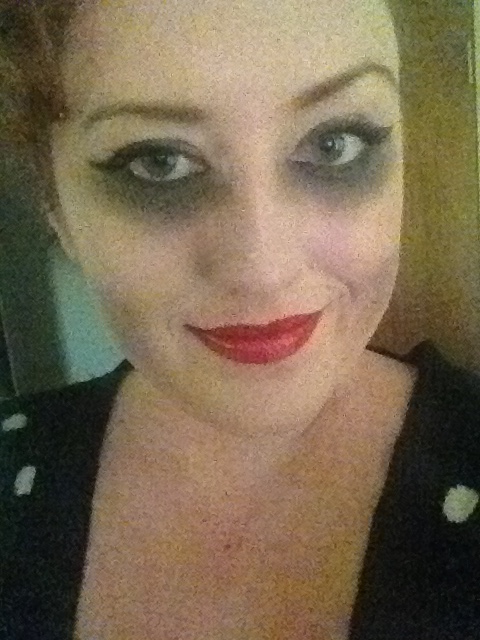 All the zombie photos on the Internet were too scary to post, so here is the author as a very nice zombie last Halloween.

(Not literally. Calm down)

Then all of a sudden zombies were everywhere. Shaun of the Dead played with the role of “the zed word” in pop culture and even made fighting the undead hilarious. So did Zombieland. Warm Bodies, more recently, dealt with the untapped issue of zombie-human love.

By the time “The Walking Dead” brought zombies from graphic novel to TV, America was in the full throes of a love affair with zombies. Zombie crawls, zombie runs, zombie barhopping: if you live in a large enough city, there will probably be a zombie-related event coming up between now and Halloween. And why not? It’s fun. I’ve been in a zombie-crawl myself, if you can consider me and four friends a zombie crawl. (We really freaked out some teenagers in downtown Garland, Texas. It was a good time.)

It feels like zombies are getting played out, but even still, for some reason, zombies fascinate me, and they probably fascinate you. The idea of a dead person reanimated by a terrible, inhuman force and feeding off the living – there’s something about that idea that enthralls us.

What’s the connection? It’s pretty simple: a zombie is a human divorced from its humanity, just like an unwanted fetus.

Think about that feeling you get when you’re watching a zombie movie and a minor character – one you aren’t really attached to yet – gets bitten. You immediately think: “Aw, that sucks. SHOOT HIM!”

And there’s a kind of perverse glee in that feeling, isn’t there? If we’re honest? “Well, too bad, but gotta move on. He’s the enemy now.” We want that zombie dead. NOW.

I wrote this a while back:

[T]here is a really surprisingly huge faction of the Left in America who believe humans were created for earth and not the other way around. These are not crazy fringe-dwelling people who live in squats and eat only dumpster food, either. I’m talking people I’m related to who wear normal pants and eat with utensils. They will look me in the face and tell me we’re all gonna die very soon because of global warming, which has something to do with meat and cars, and that overpopulation will destroy us all any minute (“In fact, it’s already starting.”), and furthermore, “Humans are the worst thing that ever happened to the planet. We’re, like, a virus. Like in The Matrix, y’know? It’s like, the world would be better off without us.”

All that morality stuff is set aside. Killing them is OK because they’re already dead. They don’t even scream in pain, or show any sense of self-preservation. They seem to want to die. You get all the blood and gore and none of the complications.

While I’ve never argued that violence is the primary intention of abortion – the primary intention is avoiding responsibility – violence is certainly the vehicle by which it is achieved, and this violence against the zombie is reminiscent of violence against the fetus. It’s undertaken, theoretically, without guilt, against a subject that doesn’t “scream in pain” (at least not that we can see) or “show any sense of self-preservation.” (It can’t.)

And maybe more important than that, they’re slow. And unarmed. There’s no real threat. Sure, the movies always say the zombies have taken over the world, but come on. Every single male in that audience believes that, if they were in that world, they’d survive, no problem.

Just like we think, with a little help from our friends abortion, sterilization, and contraception, we can stave off the horror of the global “population bomb” that always lurks just over the horizon without ever seeming to manifest. In fact, in some places, they’re running out of babies, and it’s causing a problem.

When we watch zombie movies, we get to vicariously experience the feeling of slaughtering people right and left, ridding the world of scary people-who-aren’t-people, and saving what’s left of it for the ones we know and love.

I’ve watched abortion supporters cheer as gleefully for the wholesale killing of fetuses as we cheer for Brad Pitt to crowbar that zombie through the brain, and both for the same reason: because clearly that is not a person. Clearly a killing is warranted. It’s us or them.

Just like the undead moaning for brains, the unwanted baby is going to devour its mother with its own needs. The one million or so babies a year aborted in the United States is one thing; worldwide, the numbers are too staggering to consider. Those babies would swarm over us like a tide of reanimated corpses, sucking up resources and leaving us the dregs.

Look, I’m all for killing zombies. But I think an examination of our culture’s fascination with them will tell us interesting – and troubling – things about ourselves. Are we just enjoying a mindless gore-fest, or are we mentally fortifying ourselves to see some humans as less than human, and treat them accordingly?