Your Daily Outrage: The Abortion Boat (It's Exciting and New!) - Live Action News 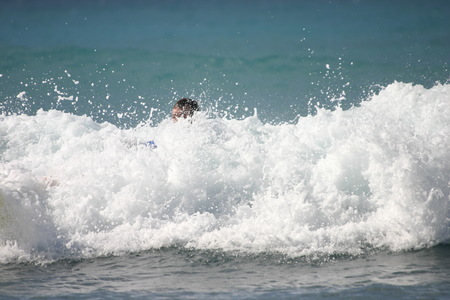 If only abortion boats were this zany!

For those of you who were not yet born when “The Love Boat” graced our TV screens, I apologize for the above reference. But every time I see a news item about the Abortion Boat, the theme from that late ’70s-early ’80s sitcom plays in my head. “Come aboard / We’re expecting yoooouuuu!”

Oh, the romantic and funny adventures the passengers of the Pacific Princess had every week! And now, the women of Morocco can have their own adventures on board the carefree and exciting “Women on Waves.”

Officials say a Dutch ship promoting safe abortions set to dock in Morocco on Thursday is operating outside the law.

The ministers told The Associated Press Wednesday the boat has not followed proper procedures to land in Morocco, suggesting it might not be allowed to do that…

The Dutch “Women on Waves” ship was invited by a Moroccan women’s group to raise awareness and support efforts to legalize abortion in Morocco.

The Dutch are no stranger to bringing potentially harmful or at least usually illegal things to those who can’t normally get them. Sure, some tourists go to Amsterdam to look at windmills, tulips, and Rembrandts, but many go for the legal pot and hookers. And who are the Dutch to judge whether you’re there for the paintings or the certified STD-free 22-year-olds? Judge? Us? We’re Europeans! Morals are for puritanical Americans!

But the Dutch are not content to let the sin tourists come to them; they’re taking illegal stuff to the high seas. They sailed into the wombs of Irish women in 2001, Portugal in 2004, Spain in 2008, and, starting on October 4 of this year, Morocco. The Abortion Boat is like a presidential election, popping up every four years and spreading misery around. And not only Moroccan officials, but many of the people of Morocco seem kind of bummed about it – even the ones who are cool with abortion. According to the Telegraph:

Chafik Chraibi, who heads a Moroccan NGO that seeks to perform abortions legally … opposed the visit.

“It’s true that the initiative is symbolic, to defend the rights of women to have abortions,” he told independent Moroccan daily Le Soir.

“But to practice abortion at sea, in international waters, is for me a way of circumventing the law and is something clandestine,” he added[.] …

The Dutch group says the purpose of the visit is to provide women with “safe legal medical abortions” up to 6.5 weeks into pregnancy, in a country where the practice is illegal and taboo and can expose women to grave health risks.

I have never been what you’d call quiet about my disdain for the way women are treated in many Islamic countries. But how can we condemn the mistreatment of women on the one hand, and on the other encourage them to mistreat their children? Abortion passes the buck of victimization to the most innocent victim.

And don’t get me started on how ridiculous it is when the “safe, legal, and rare” screamers promote self-abortion. Oh wait, I’ve already gotten started.

Imagine the opinion from most of the world if the United States sent a boat to the coast of Morocco where women could board and get sassy haircuts and makeovers and be exposed to liberal, modern ideas about women’s rights. Most of Europe would be screaming about our arrogant, presumptuous, and disrespectful attitude towards other societies. How dare they shove their culture down another country’s throat?!

But abortion is the sacrament of the left, the one “right” that trumps all others, including and especially the one that’s mentioned first (even before liberty!) in the Declaration of Independence: the right to life.

You know, now that I’m really thinking about it, my idea for a Sassy Lady Boat is kinda great. In my opinion, the women of Morocco could use a little Western influence. I’m sure a lot of us would like to dock a boat off the coast of certain countries, bring women aboard, and try to make their lives better. But I think we can do better for women than casting anchor, sucking their children out of them, and peacing out.

Bringing abortion to a country where women are oppressed is like bringing pecan pie to a Jenny Craig meeting. Considering abortion is the ultimate act of violence against women, the ultimate in misogyny and oppression, abortion is more of what Moroccan women don’t need.

We’ll see if “Women on Waves” makes the kind of waves it plans to.