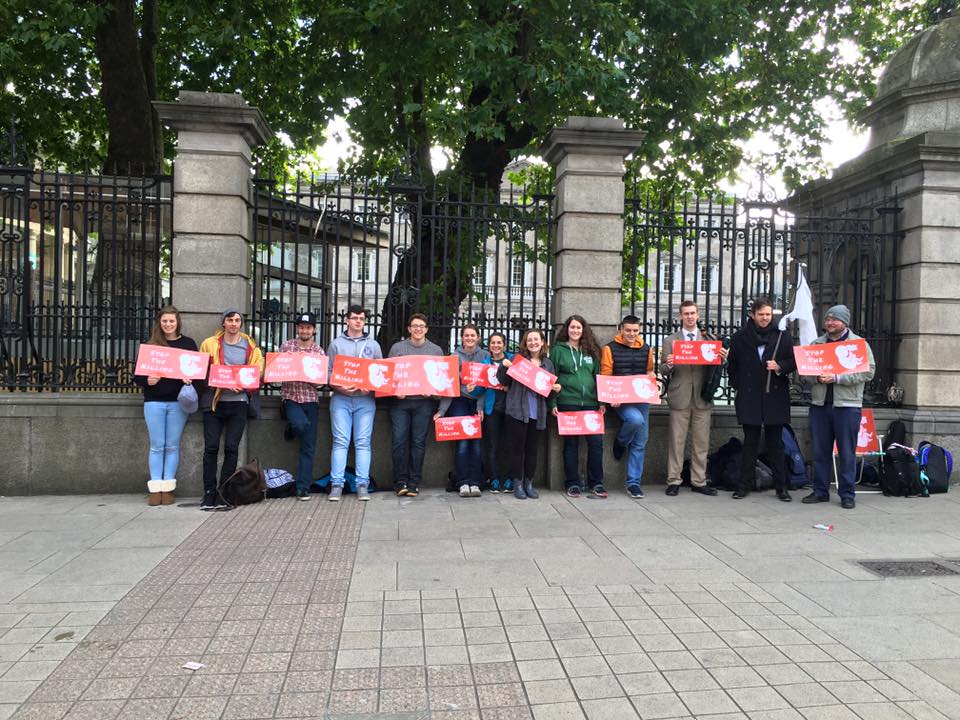 Day three of Tim Jackson’s hunger strike has politicians in Ireland talking. On Monday, September 18th, Jackson began a hunger strike pleading for Leo Varadkar and his Abortion Committee to watch a video of how a child is killed in an abortion before discussing a referendum on who can live and die in the womb.

Jackson explains, “I’ve got my white flag… which is really a message to the politicians that they have to end this killing of the unborn. Not go any further with it. Stop the war on the unborn which sees 50 million human beings killed around the world every year; 4,000 Irish babies have been killed (per year). And it’s just something that can’t be tolerated in a civilized society.”

The video Jackson wants people to watch is one of the Abortion Procedures videos produced by Live Action. It is a part of a series of the four most common legal abortion procedures, and has been viewed over 100 million times already, between YouTube and Facebook.

He urges onlookers to go to his website, WhiteFlagMovement.com, to sign the petition on stopping the further liberalizing of abortion laws in Ireland. He also reaches out to post-abortive people and those considering abortion in an effort to let them know they are not alone. The website features resources and information on healing after an abortion.

READ: 80,000 rally for life in Ireland: ‘We can do better’ than ‘killing children before they are born’

Jackson goes on to say, “There are 1 in 20 babies in Ireland at the moment being aborted. And if this referendum passes it’s going to be a lot more than that. In Britain, it’s 1 in 5 babies that are aborted. Ninety percent of Down syndrome babies are aborted. In Iceland, it’s 100% of Down syndrome babies are aborted. This is a war on unborn children. And people of good will have to step into the breech. And regardless of the criticism that we’ll receive, it will be worth it. Human lives are on the line.”

Jackson passionately asks others to join him on location for the hunger strike until the committee has agreed to watch a video of an abortion. He believes this is necessary before the committee makes life or death decisions on further abortion legalization.

“Each and every human being deserves life and deserves to be given that one, unique chance that they have to live… And so it’s a very simple demand that I’m making– that the politicians face the very ugly truth of what will happen to these children in an abortion. I’m quite convinced most of them have never seen a video of an abortion before.”

To keep up to date on the status of the hunger strike, you can go here, to Tim Jackson’s Facebook page for updates and video links.