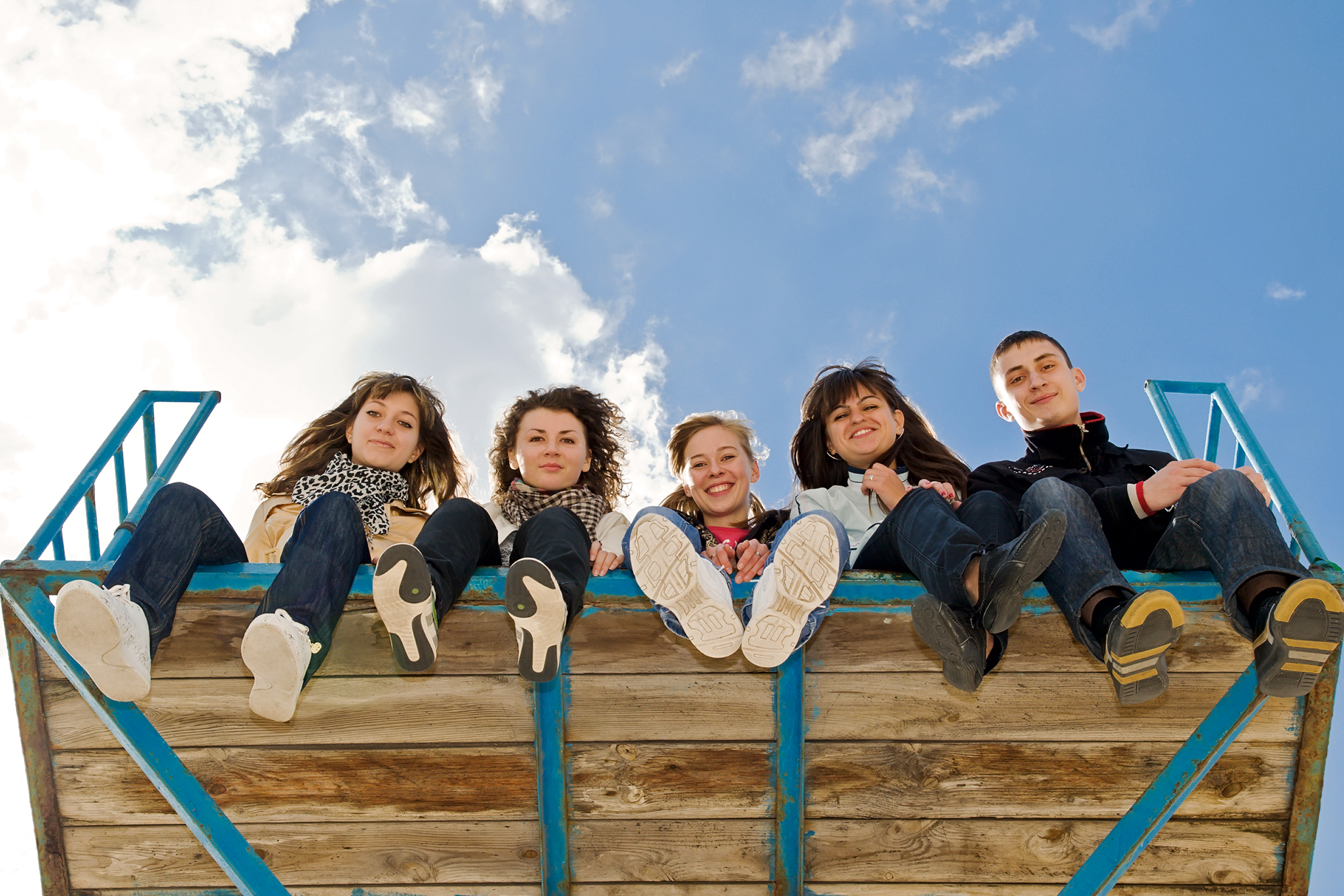 Moving in the right direction, but there’s still a long way to go. 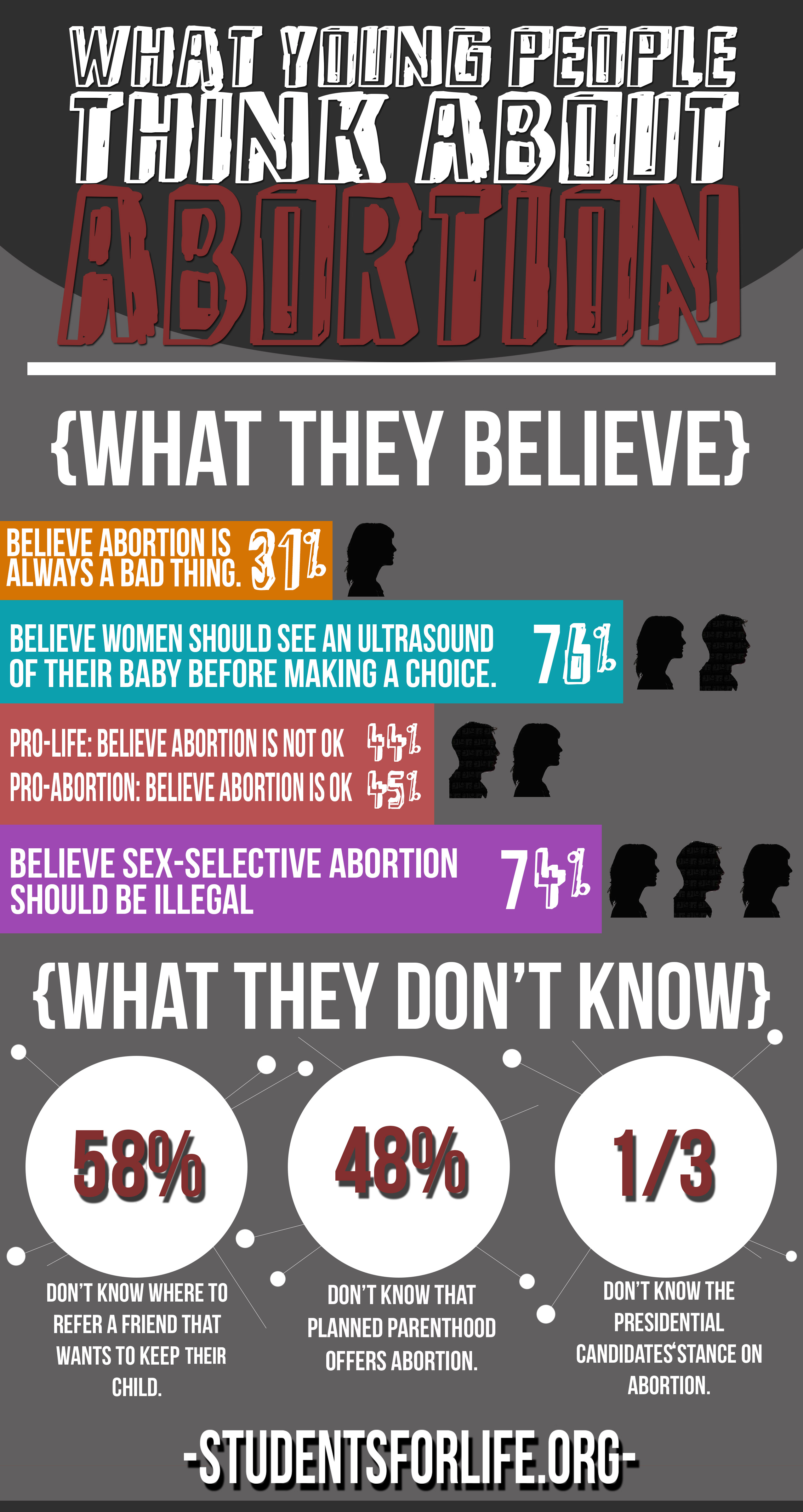 This summer, Students for Life of America conducted a study to find out just where the newest generation of  young adults stands on the pro-life/pro-choice debate. After interviewing 805 18- to 24-year-olds, SFLA released their results.

It’s more than clear that today’s young adults are not radical abortion supporters. Granted, a majority of them are not zealous pro-life supporters, either, but they overwhelmingly favor restrictions on abortion that give women accurate information and that promote the humanity of the unborn child. They see abortion as negative in greater numbers: “they were more likely to view abortion as a ‘bad thing’ (31%) rather than a ‘good thing’ (17%).”

This generation is not radical in their support of abortion and takes much more of a common sense approach to the issue than President Obama and Planned Parenthood with an overwhelming majority favoring common sense abortion regulations:

89% favored requiring abortionists to follow the same medical and safety protocols as other surgical clinics
84% favored requiring abortion facilities to warn women of seeking abortions of potential health risks
76% favored allowing pregnant women to view sonograms before undergoing an abortion
74% support making sex-selection abortions illegal in United States
70% agreed with offering a woman the opportunity to anesthetize her child before the abortion procedure.

In the nation’s ongoing debate over abortion, both sides often claim the youth. The evidence does indeed point to the fact that our youth lean pro-life and do not accept the “abortion on demand” standard promulgated constantly by Planned Parenthood and company. But it does our movement little good to claim that young adults are solidly on our side. As SFLA states, “[w]e knew that a lot of folks tend to try to put young people in a neat little box when it comes to the issue of abortion, but, with this rising generation, we knew we had to shed some light into how they are really thinking and the changing of this debate.”

While it’s heartening to see our youth taking the time to think about this cultural and moral debate, and while it’s even more encouraging to see that they tend to support the pro-life position, we cannot fail to continue our efforts to reach them. SFLA’s study also proves that many young adults are ill-informed on key issues, specifically conscience protections, the morning-after pill, and Planned Parenthood.

What they don’t know is literally killing this generation as 58% admitted that they didn’t know where resources were in their community or campus to support a woman facing an unplanned pregnancy who didn’t want to undergo an abortion.

Planned Parenthood still has the upper-hand when it comes to targeting and deceiving this generation. Our study found that young people supported Planned Parenthood by a ratio of six to one (66% “favorable” vs. 11% “unfavorable”), with two in five (40%) calling themselves “strongly favorable.” The plurality of even those who identify as Conservative (44%) and Pro-Life (46%) were even “favorable” towards Planned Parenthood. Even more shocking for those of in the pro-life movement is that fact that 48% said they did not know whether or not Planned Parenthood offered abortions.

These kinds of numbers demonstrate exactly why the work of Lila Rose and Live Action (and others who expose Planned Parenthood) is essential. Planned Parenthood is indeed good with putting up a good front. They want to appear like the “nice guy.” And many young adults buy the image they’re selling. But what we need to broadcast is that Planned Parenthood is selling a pack of lies. It’s pretty incredible that almost half of the young adults in this study didn’t even know whether America’s abortion giant provides abortions. We must continue to educate young people on the real facts concerning Planned Parenthood. Lies must never be allowed to stand and ease their way into the hearts of those who don’t know better.

As a young adult who falls within the age group surveyed, I’m dismayed that so many of my peers haven’t done their own research on Planned Parenthood. But when we fail to do our own research, we need others to step in and educate us. Many young adults are open to knowledge, facts, and truth when it’s presented. We also absolutely must let young adults know how they can help their friends in crisis pregnancy situations. It’s unacceptable that 58% of them don’t know what resources are available or where to direct a friend who is considering abortion. SFLA is right on: exposing Planned Parenthood and informing young adults about pro-life resources are two keys to winning this battle. We need to take the responsibility on ourselves to find the resources and the pregnancy centers in our area, let our friends – especially young people – know, and ask them to pass the information on to their friends. The more people who are aware of the resources, the more available the information will be to someone who really needs it.

Let’s close with some good news…because there’s a lot of it to be found in SFLA’s study! This amazing youth organization has many plans of their own to continue to foster a pro-life culture among our young adults.

Only 9% of survey respondents selected President Obama’s and Planned Parenthood’s position on abortion as their own stating that “abortion should be allowed at any time during a woman’s pregnancy and for any reason.”  We must expose the President’s radical view on abortion, as simply that…before November.

In 2010, NARAL/Pro-Choice America’s own poll of 700 youth found that 51% of pro-lifers under 30 called abortion a “very important” voting issue, compared with only 26% of those in the same age group who were pro-abortion. When announcing her retirement in 2012 as NARAL/Pro-Choice America’s President, Nancy Keenan cited this important study saying her departure from the pro-abortion organization will help foster a new generation of pro-abortion young leaders.

I’ve got news for Nancy Kennan, she can retire and so can Cecile Richards and every other pro-abortion leader, because that won’t raise a new generation of pro-abortion leaders. The humanity of the pre-born child has been brought to the forefront of the debate. And while we still have a long way to go to expose, promote, and educate in our movement,  the simple fact is that being pro-abortion is going out of style, being pro-life is in. And if Students for Life of America has anything to do it with it, Nancy’s organization and others like it won’t be around for too much longer.