You can't be Catholic and pro-"choice." period. - Live Action News 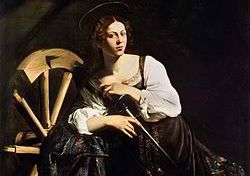 Live Action President Lila Rose is leading a protest this coming Thursday, August 4, at Mercy Regional Medical Center in Durango, CO. The event, which will include a press conference, is intended to draw attention to the fact that Mercy Regional, a Catholic hospital, employs an abortionist on its staff.

Dr. Richard Grossman is a Quaker, an adherent of the Protestant Christian sect famous for its aversion to violence. He is 67-years-old, graduated from the University of Pennsylvania, and spends his Fridays perpetrating abortions at the Durango Planned Parenthood.

“Since the first century the Church has affirmed the moral evil of every procured abortion. This teaching has not changed and remains unchangeable. Direct abortion, that is to say, abortion willed either as an end or a means, is gravely contrary to the moral law… Formal cooperation in an abortion constitutes a grave offense. The Church attaches the canonical penalty of excommunication to this crime against human life. A person who procures a completed abortion incurs excommunication latae sententiae, ‘by the very commission of the offense.'”

Abortion is different from other sins because of its gravity. It is the most final and audacious act — the taking of a human life — committed against the smallest, weakest, and most completely innocent of humans, the unborn child.

As long as they employ Dr. Grossman on their staff, Mercy Regional is grossly misaligned with Catholic teaching.

When a person is confirmed a Catholic, as I was in 2007, she agrees to adhere to the teaching of the Church. She submits to the authority of the Church as the body of Christ on earth. She professes faith in the Catholic Church as “holy.” And as far as the Church is concerned, there is no such thing as a “conscientious objector” when it comes to the issue of abortion. This is one issue — and maybe the only one — on which Rome allows no wiggle room in the belief of the faithful. You can walk around Catholic secretly believing in women priests, gay weddings, and free condoms for teenagers, but if you are walking around Catholic secretly — or not secretly — believing in “abortion rights,” you’ve got a deadly serious problem.

“The reason I perform abortions is because I’m a Christian,” Dr. Grossman has said in print. I haven’t read the doctor’s reasoning behind this statement, but I would imagine it’s short on reason. If there’s one thing almost all Christians are in pretty close agreement about, it’s that the murder of innocent children is wrong. Dr. Grossman then goes on to say that he believes the woman “empowers” the fetus, in other words, that the fetus is not a child until the woman says it is. This is such unscientific, nonsensical drivel it makes me wonder how on earth the man is qualified to wield a scalpel.

“We celebrate the value of each person’s life… In this manner, we strive to create healing sanctuaries that carry on the ministry of Jesus Christ.”

Well, Mercy Regional, step one in your “mission” of carrying on the ministry of Jesus is firing that guy who takes the day off every Friday to go kill babies.

By the way, Mercy’s website has a publicity section called “Mercy In the News,” but no mention is made of the ongoing controversy. I guess that’s not the kind of publicity they’re looking for, but it’s exactly the kind we need to give them. This hospital needs to be told, and loudly, that the pro-life and the Catholic faithful of this country will not abide the resources of a Catholic hospital being used by a murderer, nor will we stand for women seeking a healing sanctuary in a Catholic hospital encountering a man who wounds their bodies and souls and kills their children.

Dr. Grossman’s phone number at the hospital is 971-382-8800, and his fax number is 970-382-0122. The hospital’s main number is 970-247-4311. They will not enjoy hearing from you. Call them anyway. Be polite, but tell them you are pro-life and think the idea of the Catholic Church, the single most important, vocal, and stalwart pro-life force on the planet, allowing an abortionist to operate within one of its hospitals is unconscionable. Tell them that until they fire Dr. Grossman (who by the way could not be reached for comment) you will be using social media to spread the word that Mercy Regional cannot be trusted and should not be relied on for medical treatment of any kind. If you happen to live in Colorado and have 4,000 Facebook friends, make sure they know that.

Every time a “Catholic” organization endorses legislation that will endanger the lives of the unborn, help to uphold abortion “rights,” or place women in the path of more pro-abortion counseling and harmful birth control pills, I cringe. The pro-life movement has enough opposition to contend with from unrepentant pro-abortion radicals. We shouldn’t have to fight lukewarm, post-modernized “Catholics” as well, although we routinely do. It’s not enough to just call yourself Catholic, or call yourself pro-life, or both. If we believers in the rights of the unborn fail to loudly, unabashedly stand up for those rights, this movement is simply doomed.

Alexander Solzhenitsyn said, “Let evil come into the world, even dominate the world, but not through me.” Solzhenitsyn wrote from prison camps in which he was incarcerated by a ruthless, Godless, corrupt, and unjust government. We don’t have that kind of government in the United States — not yet. And we will not as long as the people keep a very close eye on our leaders. Apathy, though, can be our downfall, in our country and in our Church. To the Catholics reading this: It’s our Church. It belongs to the faithful, not the faithless. It belongs to the obedient, not those who pervert and stretch and ignore its teachings. In short, the Catholic Church is a pro-life Church, with no exceptions.

Do what I just did: Call Mercy Regional and tell them what you think. Then post it to your Facebook. Link this article on your Wall. Tweet your head off. Whatever you need to do. But get the word out.

Because I want him to have something to read in between abortions, I just faxed Dr. Grossman a copy of this article. I hope he enjoys it.

Kristen Walker is Vice President of New Wave Feminists. She tweets as @walkertxkristen and blogs at Eve’s Ransom.