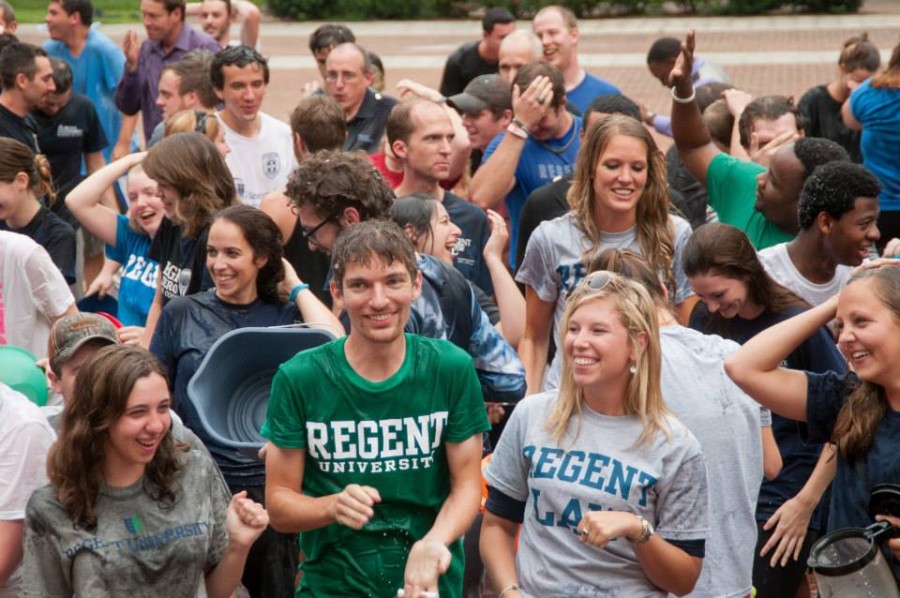 By now you’ve surely heard about the ALS Ice Bucket Challenge, as well as the controversy surrounding it when it comes to the ALS Association funding a study which involves embryonic stem-cell research.

Pro-life sources, including Live Action News, have undertaken noble efforts to educate and warn those who might be participating in the challenge and considering making a donation to the ALS Association.

That pro-lifers would be against embryonic stem-cell research is not surprising. It is only consistent with the pro-life ethic.

It is downright disappointing that the ALS Association would affiliate itself with what is objectively a controversial practice, and which many would consider to be morally unethical. The organization may be losing out on donations and support as a result then.

It’s also not only a shame, but seems to be a fruitless endeavor at that when embryonic stem cells may not provide the results hoped for.

Adult stem cells have demonstrated incredible potential as the articles I linked to have shown. Embryonic stem cell research, on the other hand, has not had a major breakthrough lately that I was able to find.

Pro-life sites such as LifeSiteNews.com also have pieces regarding embryonic stem-cell research.

One who is pro-life should stand by a refusal to give to the ALS Association, as well as any organization which engages in morally unethical practices in any way. Does that mean that pro-lifers cannot do the ALS Ice Bucket Challenge? Of course not!

Others before me have already warn participants of the problematic connection with embryonic stem-cell research. But, I feel we must also protect the image of the pro-life movement.

The insufferable Amanda Marcotte has accused our movement of “hijacking” the issue with her piece on the matter. Calvin Freiburger presents a worthy overview and analysis when it comes to dealing with such nonsense claims.

Outlets are also reporting that pro-lifers are against the  ALS Ice Bucket Challenge, as with Buzzfeed’s, “Abortion Opponents Urge Social Conservatives To Drop The Ice Bucket Challenge.” To be fair, once one does read the article, it is admitted that pro-lifers are particularly against donations being made to the ALS Association and are suggesting participants can donate elsewhere. The reader would not get that from merely the title or the headline, however.

There are also organizations, such as the American Life League (ALL), a commendable pro-life group, furthering that ideal though with such Facebook posts and photos. 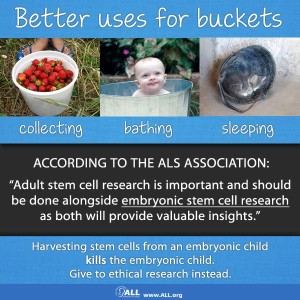 From the above picture, one would think that ALL was encouraging that the entire challenge be rejected. One could also make the argument for the picture below. 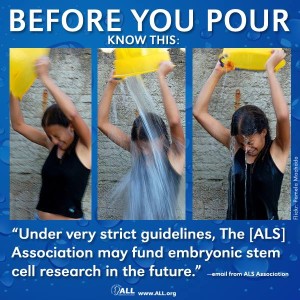 I am not speaking out against the noble efforts of ALL, but I do wish to take away any opportunity our opponents may have from saying it is we who are “hijacking” the issue.

Other pro-lifers have responded similarly to the ALS Ice Bucket Challenge, including Reilly Ball and a nineteen year old named Samuel, for his blog The Hood Press.

Regent University, where I am a first year law student also took on the challenge in a similar manner. After Dean Jeff Brauch was nominated, he wished to involve the entire university, which brought about remarkable results. After students expressed concerns about where the donations would be going, the university promptly responded that any money collected would go to the John Paul II Medical Research Institute, an institute which reflects the values of Regent in that it respects life at every stage.

The university recently sent out an e-mail with the news that over $500 had been collected during the time of the challenge on August 21, and that the university is sending a gift of an additional $2,000 to the John Paul II Medical Research Institute.

If you’re a pro-lifer who wishes to participate in the challenge, especially on a hot summer’s day, go right ahead! Just make sure that whatever donation you do decide to make is consistent with your values.