“Although I have found freedom and forgiveness, the regret and grief are lifelong, because my first child deserved life. She deserved to live and have her mother protect her,” Carla says. “And I would give ANYTHING to go back there… to save her life and mine. But I can’t.” 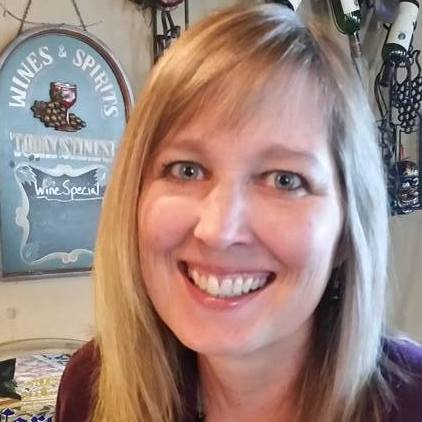 Raised in an emotionally abusive home, Carla had been on a path toward self-destruction since age 14, when she began turning to alcohol after the death of her grandmother, whom she says “gave me unconditional love.” As Carla got older, she looked for love in relationships with boys. “I was used and I used others,” she says.

Then Carla became pregnant, and “uncertainty gave way to fear.” Feeling like she had nowhere to turn, she only told two people about her pregnancy. Her college roommate suggested abortion, even offering to drive her. “I didn’t want an abortion. I wanted support and encouragement,” Carla told Live Action News. “Help and hope. I wanted to hear that I could do it. I could make it.”

But she went to the abortion facility anyway. “I remember looking for the protesters against abortion,” she recalls. “I wanted to hear what they had to say and find out why they stood against abortion. I wanted to know if they could help me.” Sadly, Carla says no one was present that day on the sidewalks of the facility — a visit she describes as “a human cattle drive.”

“Inside that place were tons of people,” she says. “Boyfriends with girlfriends, mothers with daughters — none of us making eye contact.”

The abortion facility showed Carla and some other patients a video featuring “a clump of red circles,” which they were led to believe was what their preborn babies looked like. Although she didn’t know it then, she knows now that this wasn’t possible. “I was told I was around 10 weeks. Other girls might have been 8 or 11 or 12 weeks,” she says. “We all watched the same video,” and were falsely led to believe that their preborn babies were not yet formed. “I never had an ultrasound. I never heard the heartbeat.”

At 10 weeks gestation, Carla’s preborn baby was far from a ‘clump of red circles.’ According to Babycenter.com, a baby at ten weeks is…

… swallowing fluid and kicking up a storm. Vital organs – including his kidneys, intestines, brain, and liver (now making red blood cells in place of the disappearing yolk sac) – are in place and starting to function….

[T]iny nails [are] forming on fingers and toes (no more webbing) and peach-fuzz hair [is] beginning to grow on tender skin….

Your baby’s limbs can bend now. His hands are flexed at the wrist and meet over his heart, and his feet may be long enough to meet in front of his body. The outline of his spine is clearly visible through translucent skin, and spinal nerves are beginning to stretch out from his spinal cord…. From crown to rump, he’s about 1 1/4 inches long. 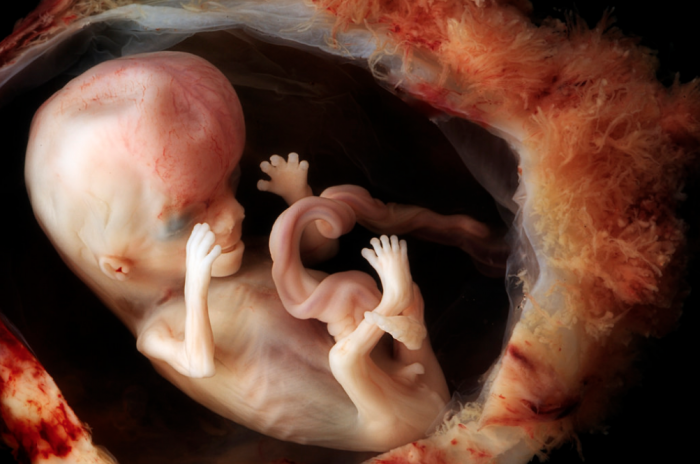 Had Carla been given the opportunity to view a real-time ultrasound of her preborn baby, she might have changed her mind, as many women do. But abortion facilities don’t make money when women choose life, and therefore have no interest in helping women make informed decisions about abortion. Many women have told stories similar to Carla’s, noting that an abortion facility’s idea of “counseling” is really little more than a sales pitch for abortion.

Carla says her “counselor” played up her fears, asking if she had a significant other, or even “a nice car, a nice place, a career.” Carla says, “I had none of those things and told her so.” The counselor then asked her, “What kind of mother would you make?” followed immediately by, “Will that be Visa or MasterCard today?” Sadly, many women report feeling pressured by abortion facilities, including by Planned Parenthood, the nation’s largest abortion provider.

Even though the abortion industry says abortion is “between a woman and her doctor,” Carla says the abortionist “never looked at me or spoke to me,” and “the pain was excruciating. The worst pain I have ever felt.” When an abortion worker asked her how the bleeding was after the procedure, Carla said it was “heavy,” and the worker yelled at her, threatening to take her back into the procedure room if this was the case. “There was no way I was going back in that room,” Carla recalls. “I said I was fine.” But the truth was that she was in denial. She told Live Action News:

In recovery, I had a heated blanket and peanut butter and jelly toast. I felt relieved. The emotional stress and turmoil was gone. I looked around to maybe catch someone’s eye and smile with relief. All of the other girls in their recliners were crying. One was holding her stomach and moaning, “My baby, my baby, my baby.”

Carla says that “getting on with life,” for her, meant going back to her old, self-destructive ways — but abortion just added to her difficulties. After the abortion, she struggled “for years with depression, nightmares, anxiety, suicidal thoughts and one suicide attempt” — all risks she says she was never told. “I was always trying to find peace about what I had done. Trying to rationalize it away. Trying to justify it. Always trying to be free.”

These symptoms are not uncommon among women who have had abortions. While the abortion industry pretends there are no negative effects of abortion, Carla is one of thousands of women who say otherwise. 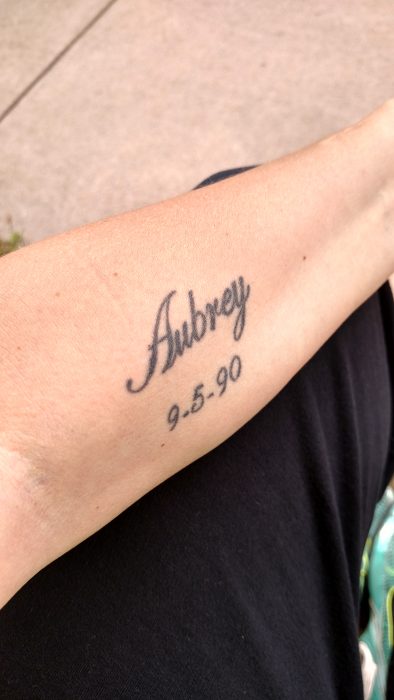 Eventually, Carla married and she and her husband began trying to start a family. They succeeded quickly, but at about 10 weeks (the same gestational age as her abortion), Carla had a miscarriage:

I was told that I would pass a plum sized clot…. That is not what happened. I went into labor in a restaurant, passed out getting my Tylenol with Codeine and went home to deliver my child into my hand. Not “a clump of cells.” I remember screaming, “My baby, my baby, my baby!!”

I saw with my own eyes tiny toes, feet and legs, fingers, hands and arms, a tiny little rump and a precious little face. And every lie I believed at the abortion mill came crashing down.

I knew. I knew what I had done. The truth was clearly set before me and now I began to really struggle.

Carla sought help from a pastor, who told her both of her babies were in heaven, and assured her that no, God was not punishing her for her abortion as she had thought, and yes, God was willing and able to forgive her for her past abortion. “I repented of all of it. All of my sin that kept me on a path of darkness,” she says.

Carla told Live Action News that she found “hope and healing in Bible Studies and a post-abortive retreat” and eventually got involved with her local pregnancy center and even began speaking out about her abortion and healing. Today, her desire is to save women and their babies from abortion, and she maintains a presence on the sidewalks at the nation’s third largest Planned Parenthood, always carrying her “I Regret My Abortion” sign. 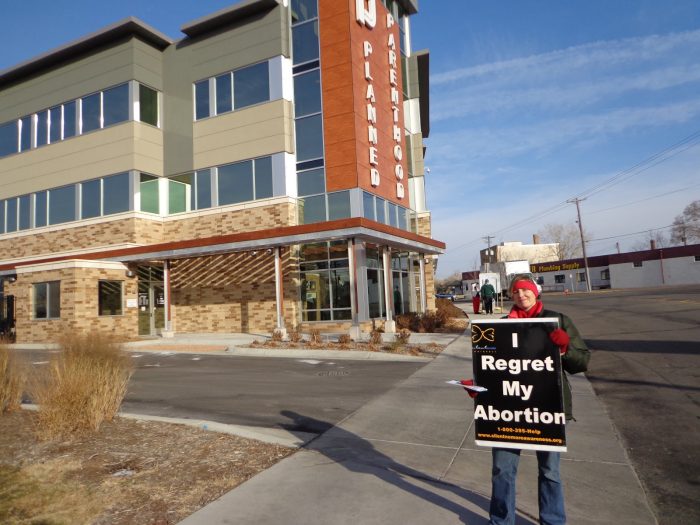 Today, Carla reaches out to women on the sidewalk outside Planned Parenthood.

“I will never stop speaking out about the death and destruction that abortion brings and the healing that can be found. My deepest pain has become my greatest passion…. I reach out to men and women before they abort. I offer them everything I wanted for myself 26 years ago. I am there for them if they go through with it,” she says.

And her efforts have certainly not been in vain. “Five babies (that I know of) are alive today because I told my story.”

Part of Carla’s healing process was to name and remember her lost children: Aubrey (the daughter she lost to abortion), Jamie (the child she held after miscarrying), and Lee (another miscarried child). 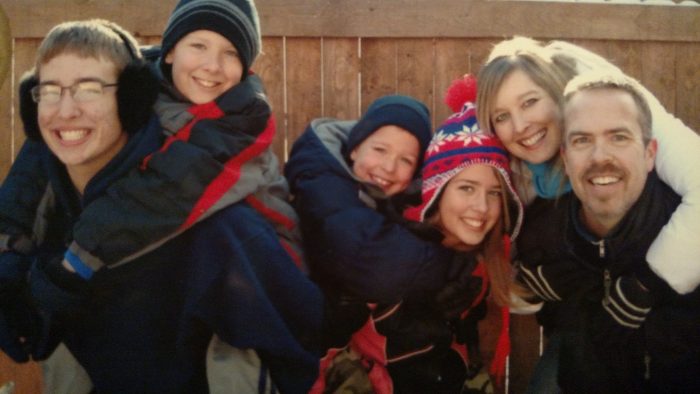 Carla and her husband also have four living children, and those children know about their siblings. “They are part of my family, part of my story, and there is a glorious reunion planned!”

Editor’s Note: If you have questions about pregnancy or abortion, or if you’ve had an abortion and need help, click here.