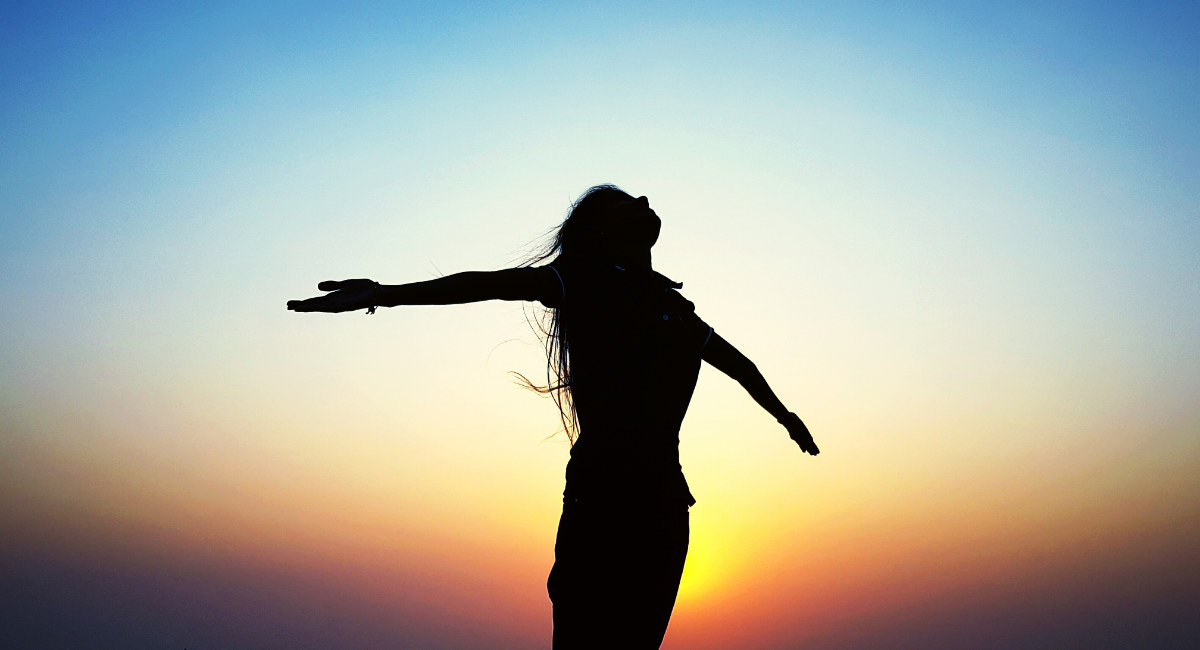 Angie Davis Wright describes her childhood years as a time marked by neglect, trauma, abuse, and poverty. She longed desperately for a loving relationship with her father – but sadly, she knew only a man who grappled with PTSD after serving in combat in the Vietnam War and who turned to drugs and alcohol to ease the pain of an accident he suffered on the job. She remembers wanting to flee a household devoid of loving relationships.

During her teen years, Angie ached for the male attention she never received growing up. As she entered college, she became sexually promiscuous and often was attracted to dangerous situations. While intoxicated at a friend’s party one night, she was sexually assaulted by a man she didn’t know, but she never told anyone of the rape.

“After the attack happened, I wasn’t sad. I wasn’t angry. I was just emotionless,” she told Live Action News. “All my shame was buried deep inside. I had no sense of self-worth. I was just the girl with the sexually promiscuous reputation, and this became my identify. All I really cared about was getting an education and escaping the impoverished life of my childhood.” 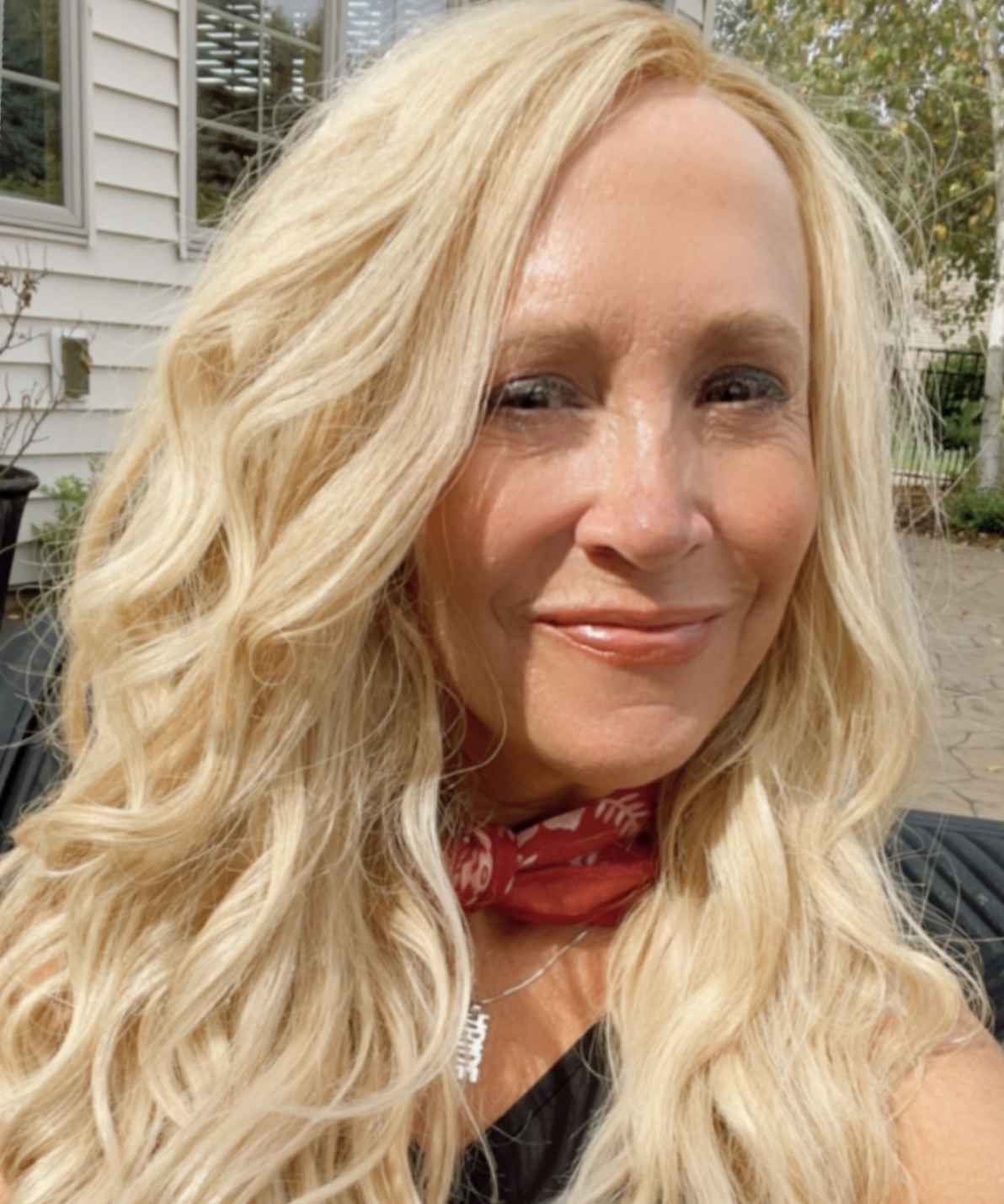 But Angie’s promiscuous lifestyle caught up with her. Sitting in her college class one day, she fell asleep. She began to regularly experience fatigue and nausea. Alone in her dorm room on Valentine’s Day, Angie took a home pregnancy test which yielded no immediate results – until the following day after she threw the test in the trash can.

“I came back to my dorm room the next day after class and there sat the pregnancy test in the trash indicating I was indeed pregnant. I remember feeling so scared,” Angie said. “To me, my education was my ticket out of a painful past and I didn’t want anything to threaten that.” Her roommate encouraged her to “get rid of it” and Angie wondered if she really did want to keep her baby. She didn’t know who fathered her child and felt nobody really cared about her welfare.

“I certainly wasn’t going to tell my parents about my pregnancy,” Angie said. “I had no support at the time. I remembered seeing a pamphlet in my desk drawer in my dorm room that had local help lines listed, one of which was the crisis pregnancy center. So, I made an appointment.”

While the counselor at the center was helpful and caring, Angie felt numb. She discovered she was seven weeks pregnant. She took the pamphlets depicting the baby’s development and detailing the risks of abortion and the Gospel tract the women had given her, but she had already decided she couldn’t keep the baby and attend college. She just wanted some stability in her life and knew she wouldn’t find it by going back to her parents’ home. Stuffing her emotions deep inside, she stoically made the appointment for an abortion.

On March 13, I drove to the Akron Women’s Clinic. I was so upset. I kept driving past the place crying. To make matters worse, there were pro-life people demonstrating outside the building. I finally got the guts to walk past the protestors and into the building.

In the waiting room, I was surrounded by eight other girls. I remember seeing this little Black girl who was crying as we all waited. I wondered if abortion is a good thing, if it’s safe and legal, why is everyone so upset here? In retrospect, I realize the abortion industry doesn’t want women to know about the guilt, pain and regret that comes with having an abortion.

Angie waited more than four hours for her abortion. Apparently, the abortionist was running late because he was delivering a baby at the Cleveland Clinic. Angie doesn’t know why she stayed and now believes that God was giving her a way out, but she didn’t take the opportunity.

“I was afraid I would not be able to pursue college and be a mom at the same time,” she said. “I didn’t have anyone in my life who was encouraging or talked to me about other options. I kept telling myself I was too young to have a baby. The woman at the clinic kept telling me it was just a clump of cells and tissue. I believed her.”

During the procedure, Angie was highly drugged but remembers a “pulling sensation” at the life inside her. Afterward, she noticed a profound sense of sadness in the recovery room, punctuated by occasional sounds of weeping. It was too much to grasp for Angie, whose legs wouldn’t stop shaking as she wrestled with a myriad of emotions, alone in the dimly lit sterile room. And as she did all her life, Angie compartmentalized those unwanted emotions and tried to put the experience behind her.

Angie graduated college and became a social worker, helping troubled kids and the mentally ill cope with emotions and trauma like those she kept adeptly hidden from others – and like the journal she wrote in during her college years chronicling her abortion. But the wound in her heart still festered. And all those unaddressed emotions of shame, guilt and regret bubbled up inside her, threatening to expose ugly secrets.

“I struggled constantly with anger, depression and anxiety. I knew something had to give, but I wasn’t sure how to find a way out,” Angie said.

Later, Angie and her husband started attending church to provide their two sons with a faith-based foundation. She remembers sitting in the church pew for 12 years filled with shame. Then, in October 2013, Angie gave her life fully to Christ, finally understanding that it was only through a personal relationship with Jesus that she could truly find healing and forgiveness.

“The burdens I carried were too heavy to carry alone,” she said. “I realized I was never truly saved until I started a relationship with Jesus. He began peeling back the layers of my pain, helping me to deal with years of trauma bit by bit. Five years later, he sent me a beautiful new friend, Christy, who would change the trajectory of my life.”

One night during a Bible study meeting, Christy shared how her 19-year-old pregnant mother left Ohio in 1973 for New York to have an abortion. But the baby, who was Christy, survived the abortion and was born healthy. Angie was stunned to hear her new friend’s testimony.

“Looking into the eyes of an abortion survivor was truly profound. Here was this amazing person God created. I couldn’t imagine the world without Christy,” Angie told Live Action News. “For the first time, I saw with open eyes and a clarity like I have never seen with. I started thinking of my own child and what I missed out on. I couldn’t keep hiding my pain and shame any longer. Christy’s powerful testimony of redemption, grace and mercy touched my heart deeply.”

Angie wanted to become active in the pro-life movement, but felt she needed to do more healing work. She was led to a post-abortive group, Pregnancy Choices, House of Hope. There, she found compassion and understanding. God was setting her free from the shame of her abortion, surrounding her with mercy and love as she laid bare the dark secret she kept buried for years.

At the end of the post-abortive group, a celebration of life honored the babies who went to be with Jesus before their natural birth. Angie knew it was time to let go and forgive herself, her parents, and those who hurt her. And to be finally free forever of condemnation.

“Abortion exploits and hurts women. I am tired of the lies that abortion is about empowerment of women. The murder of the preborn is not about empowerment. It’s not about equality. It never has been,” Angie said. “Look at the statistics of women with drug and alcohol addictions, women impacted by abusive behavior, depression and anxiety following abortions. I will spend the rest of my life mentoring teen girls and young women. Now I have purpose. Shame and guilt are no longer part of my identity.”

Today, she is active with a pregnancy center outreach and often shares her testimony to young women at youth conferences, post-abortive groups and on college campuses. “Each time I speak, my heart is healed a little more,” she said.