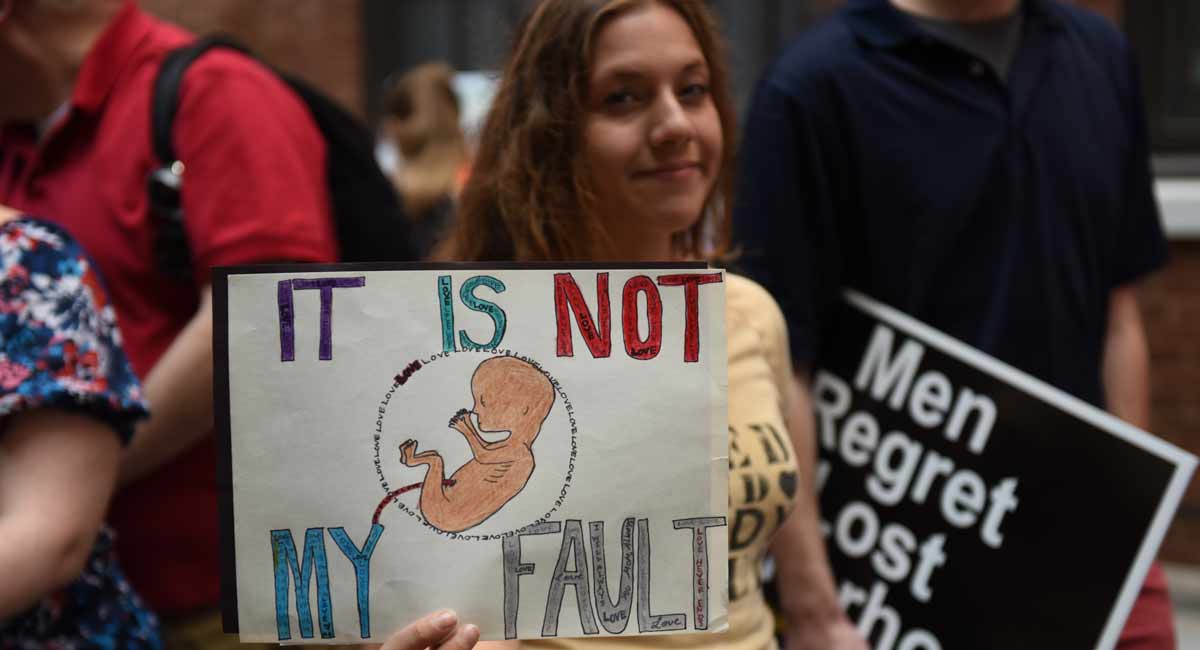 The Chicago Sun-Times published an article last week by Neil Steinberg about a tragic shooting which he alleges to have been a direct consequence of illegal abortion. Steinberg paints the shooting as “a reminder of what we’ve got in store if Roe v. Wade gets overturned.” This is a laughable conclusion, one that stretches the bounds of logic beyond the breaking point.

The story concerns a corrupt officer of the state’s attorney’s police force, an illegal abortion ring, the woman who ran it, and her daughter. The nutshell version is this: Ada Martin, the ringleader, bribed Detective Daniel Moriarity, the cop, to deflect heat and meanwhile pocketed the bulk of the profits. But the IRS wanted its cut. So Martin threatened to take Moriarity down with her, should he fail to protect her profits. Moriarity reacted by shooting who he thought was Martin — but turned out to be her 24-year-old daughter.

This is clearly a case study in the ways in which these particular people responded to the spiral of bribery and corruption they had created. The motivating factor behind the tragedy was money, not abortion. To claim that more situations like these are “what we’ve got in store if Roe v. Wade gets overturned” is a ridiculous assertion that, to be true, would unrealistically require every illegal abortionist to behave exactly like Martin and every corrupt cop to behave exactly like Moriarity. The contention that we will have corrupt cops running amok, shooting abortionists’ children right and left if abortion is outlawed, is patently absurd.

But the propagandic preposterities don’t end with the author’s thesis. Steinberg claims that “organized religion had even more of a stranglehold on American society [in 1941] than it does now, which is really saying something,” but offers no evidence to prove the existence of said “stranglehold” — then or now. Most conservative religious groups would probably say their sway over modern society is virtually nil; and when the President of our country flaunts his disobedience to the most fundamental teaching of his own professed Church in addition to a laundry list of its other precepts, I would argue that the evidence is stacked against Steinberg’s bitter gripe.

Indeed, the extreme bitterness of Steinberg’s language betrays him. He clearly has a personal axe to grind in the arena of religion:

One reason religious zealots have such success restricting abortion is that it is seen as affecting only women. So they marshal their zombie army of imaginary babies and send them off to do battle against actual living people — mostly young, poor women — and thus approach the New Jerusalem, in their own minds.

The ignorance and cynicism of these statements is off the charts. Here’s the truth:

1. The pro-life movement is an increasingly diverse coalition of people.

Pro-lifers cannot be dismissed as a mere cadre of “religious zealots.” Steinberg clearly has no actual knowledge to speak from, only vitriolic rancor. Therefore — on this subject, at least — he would perhaps have been better off saying nothing at all.

2. Abortion is not “seen as affecting only women” by pro-lifers — far from it.

We “see it as affecting” primarily the children whose lives are violently ended — the inconvenient people that most abortion supporters prefer to forget about altogether. Steinberg referred to them as a “zombie army of imaginary babies,” which is not only callous, but dishonors the memory of these children who are dead, thanks to abortion. They were “actual living people,” too, only the people who were supposed to care for them — rich or poor; young or old enough to know better, male or female — didn’t.

3. It is strange to complain about pro-life successes in the U.S. while abortion remains legal here until birth.

The U.S. is one of only seven nations in the world where it is allowed to this point (the majority of which are totalitarian regimes). Steinberg argues that women are the “primary beneficiaries” of abortion and that they “suffer” when it is criminalized. People benefit from the exploitation of others in many ways, and an argument could be made that they therefore “suffer” when that exploitation is made more difficult for them to effect — but that is not a valid argument for legalizing the exploitation.

Steinberg further implies that abortion is good because it is “highly popular.” But many ideas can be popular which are later learned to be very wrong, like anti-semitism in 1930’s Germany, for example. Popularity will never make wrong ideas right.

Making abortion illegal is a bad idea because some people who were involved in providing it when it was illegal went on to tragic ends, according to Steinberg, but it stands to reason that we shouldn’t legalize things that cause deliberate harm to others — like carjacking or armed robbery or abortion — simply because criminals might get injured in the process of criminal activity.

The bottom line is that preborn children are real. Their humanity is real. They are really alive. And abortion is really murder.

And nothing Steinberg has to say changes the wrongness of that.