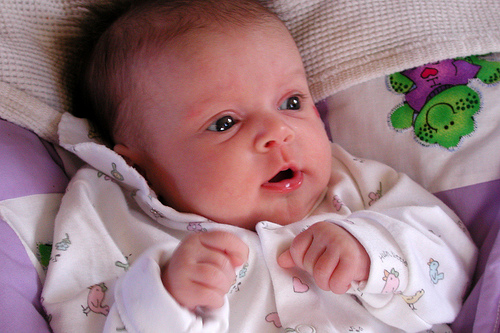 The full truth benefits everyone. Let’s stick to it.

Last night I read a chilling scenario, written by a conservative organization who would like to convince its members that neither President Obama nor Governor Romney deserves their votes this November. For the sake of avoiding division (because this organization does other good work for the families of America, though I do not completely agree with them), I will not name them. The point is not who is saying this, but rather what they are saying and how we ought to evaluate it.

The scenario, with only the name of the country changed:

Two men are running for the presidency of the nation of Ideation. In his campaign speech, the first candidate wants to communicate his progressive position so he takes ten innocent children and lines them up against the wall. He promises to help frustrated and tired parents by machine gunning down all ten of the children if elected. The second candidate who previously supported the machine gunning of most of the children, lines up ten children himself. But he explains that if he is elected he will machine gun down no more than four of the ten children lined up against the wall. And to demonstrate his ‘commitment to life’, he will only machine gun to death the children who are in his mind ‘justifiably’ unwanted by their parents.

Truly chilling, yes? Yet I do not believe that this is an accurate representation of the situation this November. First, in the land of Ideation, the government itself is taking and killing children. One is left to assume that the parents gave their children to the government for this purpose, but it’s not particularly clear – especially with the first candidate. In regards to abortion, of course, the government does not capture children. It also does not actually perform the abortions – the killings – itself. 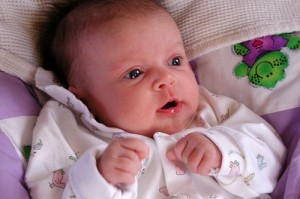 Now, what the government in the U.S. does do, arguably, is fund the killings of innocent children. I know, I know – federal law says that no taxpayer dollars can go to abortion, except in the cases of rape and incest (sometimes) and the life of the mother. But anyone can feel free to explain how the government is not using our money to help fund abortions when they are using our money to fund 46% of Planned Parenthood’s budget. Explain away all you want, and I won’t buy it.

Clearly, without the hundreds of millions in taxpayer money, Planned Parenthood would be unable to use so much of their “own funds” to build abortion-plexes, advertise and deceive the public about their real mission (abortion), and spend so much money on pushing pro-abortion candidates. This isn’t even mentioning the fraud committed by Planned Parenthood in multiple states, where they have claimed taxpayer money to illegally fund actual abortion “services.” It’s not even mentioning the repeal of the Mexico City Policy, which allows our money to go overseas and fund international abortions.

Is funding the killing of children any better than killing them yourself? Certainly not. I will mention here that, despite his less than admirable comments about not having any pro-life legislation he plans on pushing, Mitt Romney has never taken back his statement that he wants to defund Planned Parenthood – even after the president continued to challenge him on this statement in the last debate. Defunding Planned Parenthood would go a long way in stopping the prevalence of abortion in our society.

There are two more things I’d like to say about the scenario in Ideation, and then one thing I’d like to not say.

Things I am saying

Things I am not saying

Here’s the bottom line: in our resolve to speak up for the innocent, in our resolve to save as many as possible, in our resolve to demand high standards from our leaders – let us not leave intellectual honesty at the door. Let us not make up scenarios that do not accurately represent what the candidates (or a candidate) believe. Let us stick to the facts, paint true pictures, and use our words to save lives by remaining honest and rejecting exaggeration.

The full truth benefits everyone.

NOTE: Opinions expressed do not necessarily reflect the position of Live Action. Live Action does not endorse federal candidates.