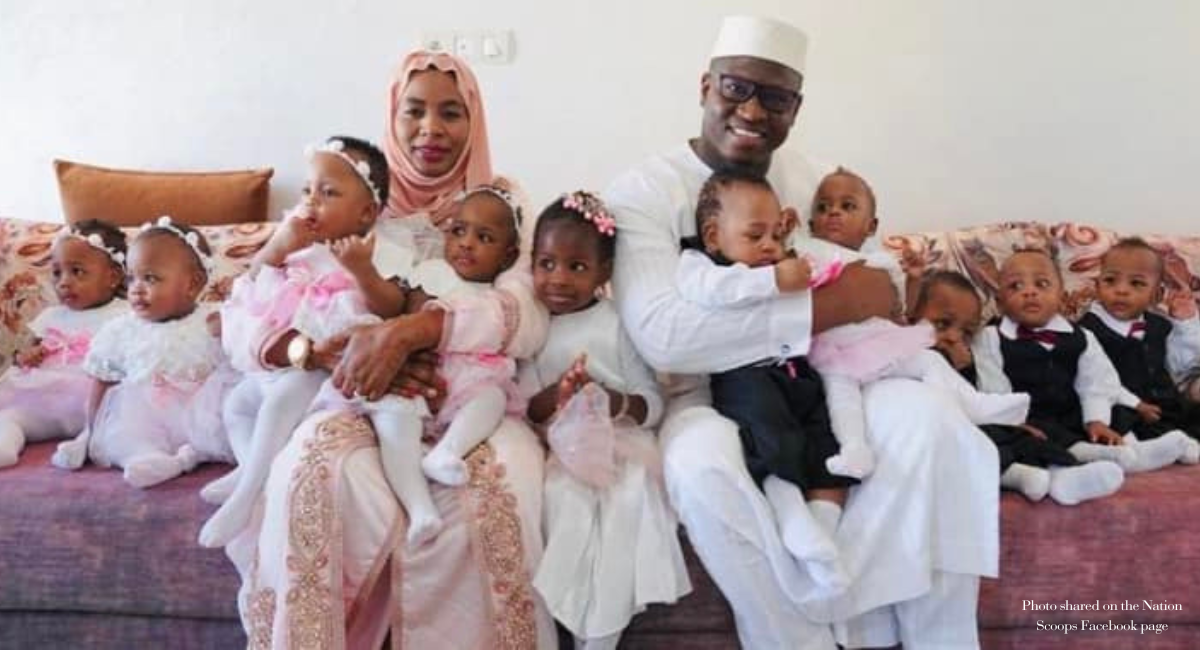 The world’s only nonuplets — nine babies born at the same time — are all in good health, and finally back in their home country of Mali.

The toddlers, who celebrated their first birthday in May 2022, were born in Morocco, and spent their early life there when it was recognized that their mother, Halima Cissé, needed specialized maternal care during her pregnancy that was not available in her home country.

Though the babies were born prematurely, and all weighed between one and two pounds at birth, they are thriving today thanks to the medical care they received in their infancy. “All this was possible thanks to the mobilization of several doctors in Mali, the Malian authorities and the medical team of the Aïn Borja clinic in Casablanca,” the statement said.

Cissé and her husband, Abdelkader Arby, made headlines when Cissé gave birth to the children. At the time, doctors in the Moroccan hospital were stunned to realize that she was pregnant with nine children, when it was originally thought that she was carrying seven. In May, Guinness World Records announced that the family had set a new world record for the most children delivered at a single birth to survive.

“It’s not easy but it’s great. Even if it’s tiring at times, when you look at all the babies in perfect health, [in a line] from right to left we’re relieved. We forget everything,” Arby told the BBC at the time of the children’s first birthday.

Arby said the Malian government has been a great help. “The Malian state has put everything in place for the care and treatment of the nine babies and their mother. It’s not at all easy, but it’s beautiful and something that is comforting.”

He also spoke of the great blessing the children have been to the family. “I hope God blesses everyone who doesn’t yet have children – that they can have what we, the parents of nonuplets currently have. It’s beautiful, a real treasure.”