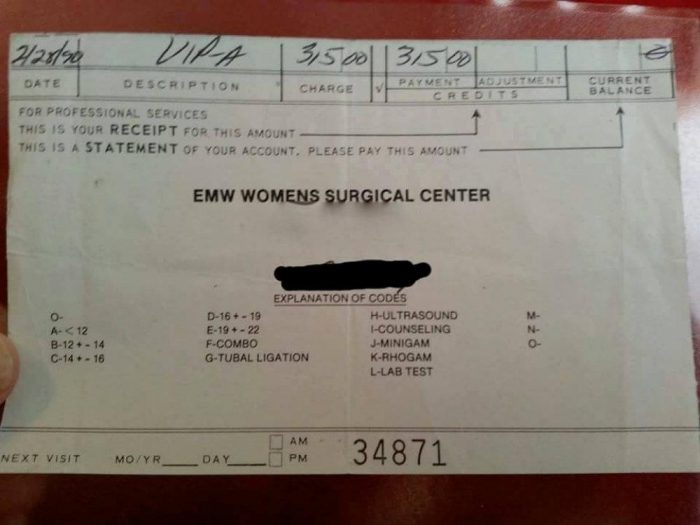 (Save The Storks) It was a single careless night. New Year’s Eve to be exact. I already had one child. I was still trying to grow up and figure myself out. It was inconvenient, I wasn’t prepared, I was terrified, I couldn’t see any other option. I easily bought into the lie. It fit my perceived impetuous need at the time.

I walked into that abortion clinic… still uncertain, but feeling desperate, alone, afraid. It would have taken so little to talk me out of it. One word of encouragement to choose differently, seeing an ultrasound picture, hearing a heartbeat, one worker discerning and caring enough to see me… not as a number, but as a lost young girl in need of guidance.

They herded us together in a small room, dressed in our robes, The Price Is Right on television, just waiting for our number to be called. I will never forget the casual laughter some of the women had. It seemed so loud, so eerie, so inappropriate. The images still play in my mind, the sounds still echo.

I awoke from my anesthesia crying, bleeding, sitting alone in a recliner. It was over.

In the end, I had to look myself in the mirror and know that it was my choice and my plan, or lack thereof. You don’t forget. You never forget.

They say it’s harmless, it’s your right, it’s your body, it’s just a blob of cells.

But I now know that it was a all a lie.

My baby would be 25 this year. Yes, “would be”… but all that remains are the “what if’s” the “I wonder” and a receipt I keep tucked away in my closet. A worthless paper receipt for a cheap abortion procedure that cost me so much otherwise.

*This story has been shared anonymously to protect those involved.

Editor’s Note: This article was originally published at Save The Storks and is reprinted here with permission.