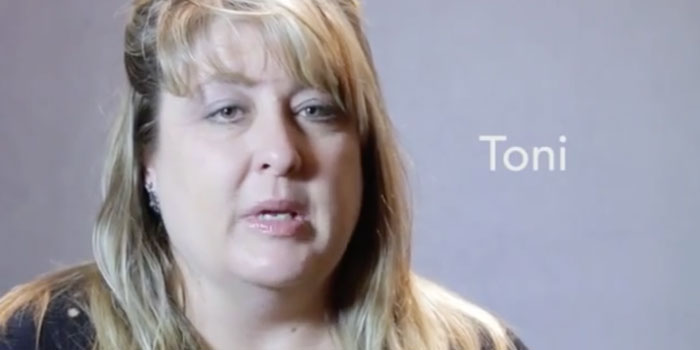 In a video posted by Care Net, a woman named Toni claims she was physically forced to abort her baby by an abortion facility staff member, despite voicing objections.

In the 2015 YouTube video, Toni tells her story as a victim of abuse from an early age, claiming her father sold her as a prostitute when she was “very young.” Later, after she moved in with a young man who she barely knew and became pregnant, she says the baby’s father pressured her to abort via constant verbal abuse, like, “Who is ever gonna love a single mother?”

Toni claims that she decided to stand up for the baby, and refused abortion. However, to stop the emotional abuse from the baby’s father, she later agreed to an appointment at an abortion facility to simply discuss her options, including abortion.

“Really, what I wanted was help — I wanted help keeping my baby. I was at a breaking point where I couldn’t take this abuse anymore,” Toni explains. Once she arrived at the facility, she says, “No one was talking to me. No one was asking me, ‘why are you here?'” Toni claims a nurse, who “didn’t say a word,” led her to a back room without saying a word. According to Toni, she told the nurse twice that she was not there to receive an abortion. Toni claims that when she attempted to leave, the nurse physically restrained her.

“I got up out of my seat and I said, ‘I am out of here. I am leaving. I am not here to have an abortion,'” she claims. “And [the nurse] took her hands, she placed them on my shoulders, and she pushed me back down in the chair. She pulled a needle out of her pocket, and she put it in my arm.” Toni then passed out. She had been forced to abort her baby against her will. She says she woke up later with the nurse staring at her, and says she had to practically be carried out of the abortion facility.

Toni says she suffered from extreme depression following the abortion, because for a long time, she believed it was her fault. “If only I had been stronger with my ‘no’ this wouldn’t have happened to me,” she thought.

Today, she has found comfort in her religious faith. She encourages women who have also been forced to abort to find someone they can confide in so they can begin a process of healing. “I want to tell those of you who are watching, who have been coerced into abortion… that you’re not the only one.”