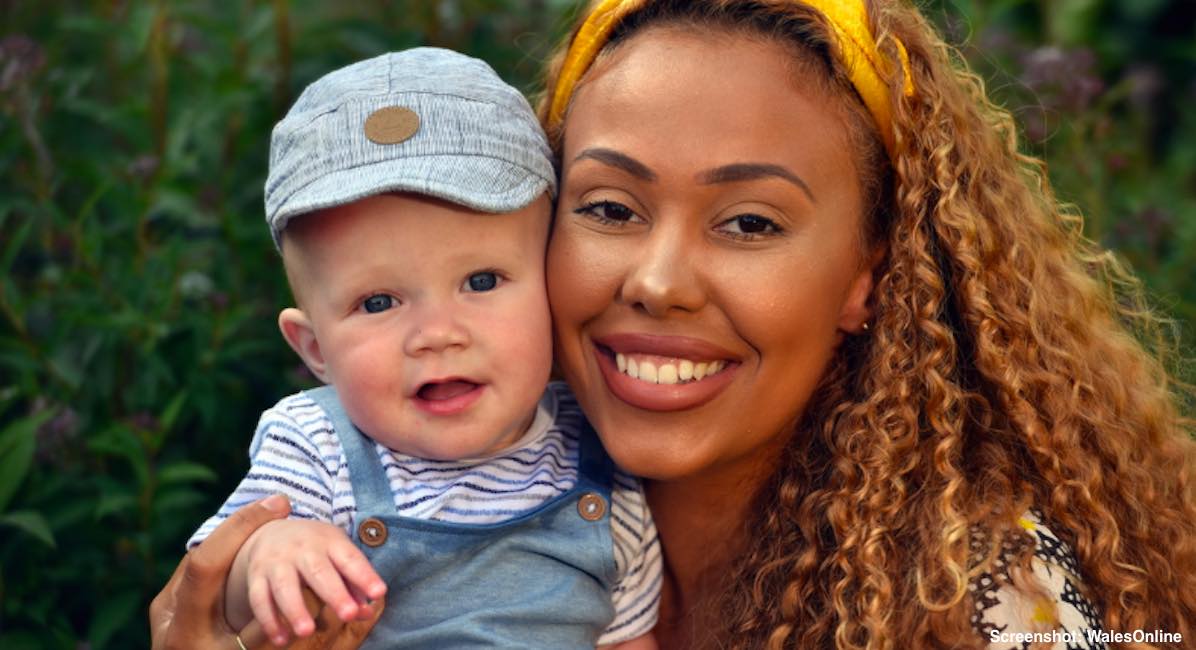 Twenty-one weeks into her pregnancy, Jade Palmer began to experience a series of painful migraines. At first, her doctors were unable to find any sign that something was wrong when Palmer went in for prenatal checkups, but they did agree to induce labor at 38 weeks. All seemed to be well, but then an MRI scan detected a dangerous problem.

“I was in the hospital for about a week because they said they wanted to keep an eye on me, but all of the tests came back fine and I was allowed to go home with medication,” Palmer recalled to Yahoo! News Australia. “My pregnancy was consultant-led from then on because of the migraines and at my 36-week appointment it was agreed I could be induced at 38 weeks because the headaches were so bad.”

Palmer was told by one of her doctors that she should expect to receive a letter after she gave birth, and that it would explain the neurological problem that had been found during her MRI. She remembered feeling “taken aback” by this, as Palmer wasn’t sure what this could mean. Then, four days after she had given birth, the letter arrived to inform Palmer a lump had been found, and she would have to undergo a biopsy.

“It was at this point I knew something was wrong, and I knew deep down they were going to tell me it was cancer,” Palmer said. “When they first told me, I was numb – I don’t think I expressed any emotion.”

READ: She refused abortion after a cancer diagnosis and gave birth to a healthy son

Going into what she described as “complete shock,” Palmer was unfamiliar with the rare form of cancer she had. The seriousness of the state she was in did not dawn on her until Palmer saw her mother break down. Only then did Palmer start to cry.

The condition Palmer had is known as salivary gland cancer, and it’s considered to be quite rare, with just 720 people diagnosed annually in Britain. But because of how quickly the cancer was found, Palmer was given a survival rate of 90 percent.

Medical professionals might not have caught the cancer so early if Palmer had not been pregnant and receiving routine exams. After a six-hour operation to remove the lump that left Palmer with a six-inch scar, follow-up tests showed the cancer had not spread or come back. Her partner, Curtis Seale, has been assisting her throughout her recovery.

“It was the hardest experience of my life,” Palmer stated. “I wear my scar with pride every day and I want it to be a reminder to people that cancer can happen to anyone at any time.”

Recovering from her operation, Palmer is happily raising her son, Salvador, who is now six months old.

“If we hadn’t decided to have a child at that time in our lives, the cancer could have been found too late and it would be a completely different story,” Palmer said. “In my eyes, being pregnant with my son saved my life.”