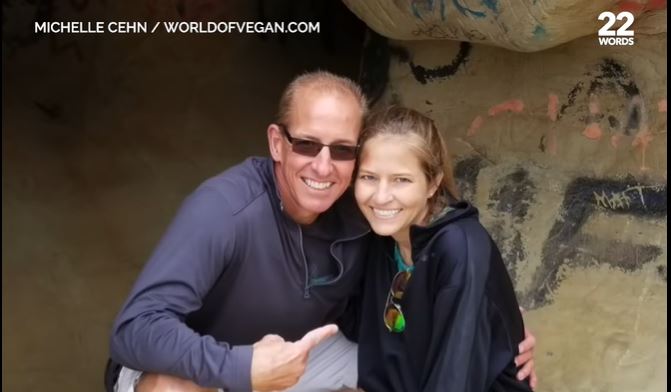 The heartwarming moment a birth father and daughter met for the first time in 2018 was captured on video and shared on social media where it was viewed over one million times. The father, Greg Hicks, didn’t know this daughter existed. The daughter, Michelle Cehn, has shared details about her adoption story on her website and social media accounts. Sadly, Hicks, whom Cehn called B’pa, passed away suddenly in November 2019. Just a few months later, Cehn gave birth to her own son.

“I was adopted as a baby,” said Cehn. “My birth mother had me when she was just 23-years-old. She was not ready to have kids; didn’t think she could take care of me well. And so she decided that she wanted to give another family that couldn’t have kids the opportunity to have a child.”

Cehn explained that her birth mother chose her parents, who were able to bring their new baby girl home from the hospital. She said, “It’s because of that incredibly courageous decision that my birth mother made that I’ve had the life that I’ve had, that I am who I am today, and that I got a really beautiful upbringing.”

Cehn says her parents and extended family were “as close to me as anyone could be to their blood family.” Even so, she always longed to learn something about her birth parents. She had only a name and a single photograph of her mother.

Around age 20, Cehn was able to find her birth mother by connecting with her on Facebook and soon after, meeting in person. She described the experience as “beautiful,” saying, “We met and for the first time I was able to see elements of myself reflected in someone else, someone who shared personality traits…”

She continued to wonder about her birth father but she had no information about his identity. When genetic testing kits such as 23andMe became available, Cehn was able to find a connection that led her to the man she thought might be her father. “I immediately wrote a letter and sent it a couple of hours later and sat back and crossed my fingers that it would be received, that he would read it, that it wouldn’t totally freak him out, and that he would respond,” she explained.

The next morning she received a phone call from Hicks. After a five-hour phone call, Cehn traveled to meet him and the joyful moment was captured on video. She was soon able to meet her cousins, uncle, aunts, and grandparents and at the time the video was shot, she was looking forward to meeting her half-brother.

READ: Barbara pleaded for her baby’s life, but her husband and doctors forced abortion on her

“It’s really, really truly been a blessing,” her father said in a video a few months after they met. “And I can only imagine that if I hadn’t been open to the possibility, what I would have missed out on. It’s like throwing away a lottery ticket and then never even knowing that you had the winning lottery ticket. Cause you just threw it away, didn’t believe it didn’t trust it…Some people throw it away knowing they threw it away and then not ever being able to recover it. Others throw it away not even knowing they had it and there it was, waiting for them.”

Cehn hopes that her story will bring a smile to the face of anyone who watches her video “because the world can be pretty awesome sometimes.”

For people who, like her birth father and his family, discover unexpectedly that they have a blood relation they never knew about, Cehn said, “I hope this inspires you to embrace that beautiful gift with open arms and lots of love. Because it truly is a beautiful thing.”