You could say I’m “romantically challenged” (you wouldn’t be the first). That might be why I’ve never seen Titanic. Then again, I haven’t seen too many movies starring Leonardo Dicaprio. I have, however, seen some clips from The Wolf of Wall Street.

The Wolf of Wall Street tells the true story of psychopathic stockbroker Jordan Belfort. When he wasn’t stealing millions of dollars, Jordan and his employees passed the time by snorting cocaine, popping pills, and having sex with prostitutes. Apparently that get’s boring after a while, because Mr. Belfort also had another hobby: throwing little people.

Instead of calling the participants “dwarves” or “midgets,” Belfort and company simply referred to them as “these things.” When one of the brokers mentioned how treating human beings like “lawn darts” could get them in trouble, his friend offered a foolproof legal defense, explaining, “I say we stick with the loophole: If we don’t consider it a human, we just consider it an act, then I think we’re in the clear.” 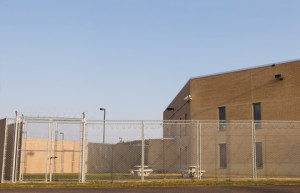 No clue how this happened.

This sort of reasoning isn’t unique to coked-up securities traders–it’s quite common in the pro-abortion community, too. Sarah Silverman espouses it, and she recently embarked on a mission to explain how fetuses are “just goo.” “Goo,” it turns out, has some interesting characteristics.

According to the Mayo Clinic, a heartbeat begins just three weeks after a goo a has been conceived. By the fourteenth week of a pregnancy, the goo is not only equipped with hands and feet but has started to grow fingernails, too. It’s not long until the sex of a goo can be observed, which usually leads the goo’s parents to speak of their “baby girl” or “little man.” And, according to research conducted by Dr. Kawaljeet Anand at the University of Tennessee Health Science Center, there is evidence that a goo can experience pain by week twenty.

In fact, Dr. Anand suggests that the potential for suffering is even greater at this stage because “a fetus (goo) at 20 to 32 weeks of gestation would experience a much more intense pain than older infants or children or adults,” attributed to the underdevelopment of “fibers which dampen and modulate the experience of pain.” These finding are somewhat troubling in light of how a goo is removed. By the second trimester, the process usually involves a D&E abortion, which consists of dismembering the goo and then pulling his or her body parts out one piece at a time.

Given that fingernails, a heartbeat, and the ability to experience pain seem to be common goocentric traits, Ms. Silverman’s efforts at educating the public are little redundant. After all, if people want to see an example of goo, then it sounds like they can just look in a mirror. 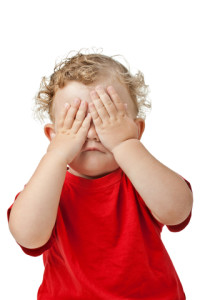 Not every abortion supporter plays these word games. Tucker Max has no problem admitting that he “kills babies.” Neither, evidently, does Planned Parenthood. In 2013, Planned Parenthood spokesperson Alisa LaPolt Snow testified before the Florida state legislature regarding HB 1129, a law to protect babies who survive botched abortions. When asked what she thought should be done with a child who had been unintentionally delivered and left “struggling alive on a table,” she responded that “any decision made should be left up to the woman and her physician.”

This wasn’t just a hypothetical question. Many cases have emerged in which children targeted for abortion managed to survive the procedure. Gianna Jessen is one such figure. Although she struggles with cerebral palsy, Gianna is a marathon runner, singer, and public speaker. Another is Melissa Ohden; a writer and activist, she speaks out for victims of violence. Neither one would be alive if Planned Parenthood had gotten its way.

It’s tough to say which is worse: denying a victim’s humanity or acknowledging it and hurting them anyway. The good news is that you can stand against both. Live Action has created a petition asking Congress to defund Planned Parenthood. You can find it here, along with video footage proving that Planned Parenthood staff have been willing to help child abusers,  racists, and pimps. Americans should let their elected officials know that not all of the wolves are on Wall Street. Some of them are collecting a federal check at Planned Parenthood.